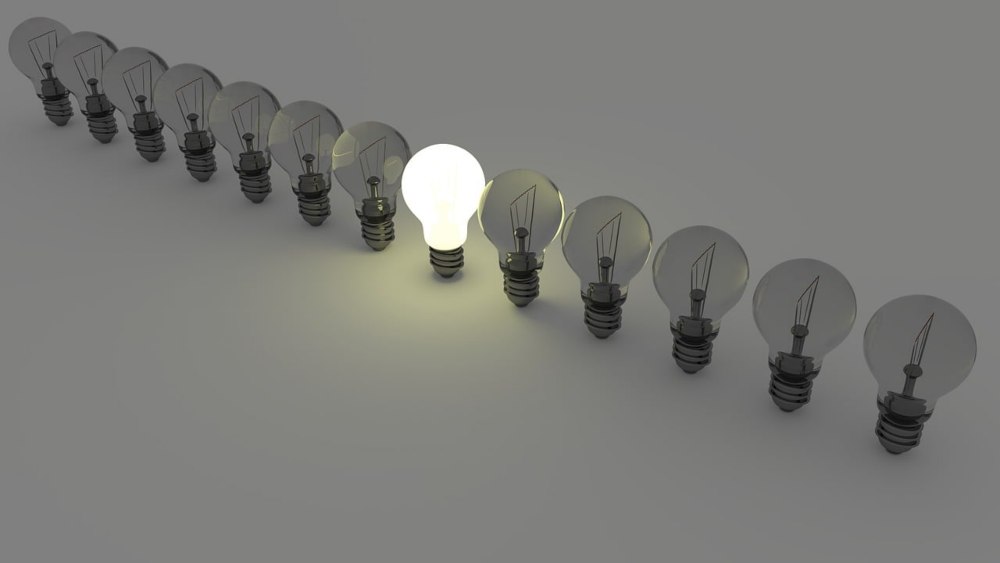 Arguably, the most broadly useful advantage our unique brains confer on humans is the ability to manipulate energy. From our earliest days as hunter-gatherers, we used fire to flush game out of forests and grasslands, to pre-digest our food, and to keep predators at a distance. We domesticated draft animals, made clothes and dwellings to conserve bodily energy, invented ways to concentrate kinetic energy behind arrow points and plow blades, and even caught the wind.

Beginning in the late 19th Century, an extraordinary confluence of scientific, engineering, organizational, and financial achievements unlocked fossil fuel energy on a huge scale. Humans today use over 580 exajoules of primary energy per year, over 80% from fossil fuels. An exajoule is a quintillion joules (1 billion X 1 billion), and one joule is the energy required to life your cellphone from your desk to your ear. An exajoule is the energy contained in about 180 million barrels of oil. If that energy use were uniform and continuous, each person would be using 2.4 kilowatts at any given time.

For reference, a big table saw draws about 1.8 kilowatts when in use. In the US, the average per-capita draw is 9.2 kilowatts (5 table saws!), and in some countries—looking at you, Iceland and Qatar—the per-capita average continuous burn rate is over 20 kilowatts (11 table saws!). Our lives in the rich world depend entirely on vast rivers of energy, and the rest of the world is eagerly developing the same habit.

Were it not for the finite supply of fossil fuels and the negative consequences of their extraction and use, the benefits of cheap and abundant fossil fuel energy might continue to spread, eventually reaching nearly every human on the planet. Instead, we are now faced with an urgent need to restore climate stability by ending our use of fossil fuels. This means transitioning from the largest, most complex and most valuable global system ever created to something very new and different, and doing so in less time than it took to build the original.

Much attention to date has been focused on how to draw down current uses of fossil fuels, replacing them with alternative energy sources. It’s clear, however, that merely replacing our current supply of dirty energy with an equivalent supply of clean energy won’t be nearly enough: not only is most of the world determined to catch up to the rich world’s current usage, we’ll also need to meet the needs of a 50% larger global population by the end of the century.

We also have huge new needs for energy: building green energy infrastructure, extracting fresh water from the oceans, decarbonizing the atmosphere, replacing natural gas with green hydrogen, shifting to low-footprint food production, powering AI, and so forth. To reverse a bit of slang from the venture capital world, we need to un-boil the ocean, and not just metaphorically.

But that’s not all: future energy demand might be considerably higher per-capita than the current rich world baseline. Historically, technological innovation has repeatedly exploited increased energy availability to offer new benefits, and a huge push to create a non-fossil energy system might create a much greater potential supply than was imaginable with fossil fuels.

Advocates of maximum future energy abundance have proposed an average per-capita burn rate of 40 kilowatts—nearly double Iceland’s current rate—as a goal for this century. If 11 billion people achieve that, our global energy use will be seventeen times higher than it is today, and green. In that scenario, we could be measuring primary energy supply in zettajoules by the end of the century. A zettajoule is a sextillion joules, and we could be consuming 10 of them annually before the next century rolls around.

To many people who have accepted the need to phase out fossil fuel use, the notion that we might simultaneously increase the total energy supply by nearly twenty-fold in less than 80 years is mind-boggling. Yet this goal (or even half this goal) is more politically possible than the alternatives: (a) a century of austerity and privation or (b) burn the planet up. This entire colossal project has at least a chance to earn broad public support, because it can offer a string of positive experiences along the path to a better future.

As gas price politics prove, governments fall when energy supply is crimped, and democratic governance itself will be at risk if energy shortages become endemic. If we want to save our planet and our democracies, we need to be able to simultaneously wind down our ruinous saturation of the atmosphere with greenhouse gases, undo the harm already caused, and make the blessings of abundant energy available to everyone, even as “everyone” grows from 7.5 to 11 billion souls. Austerity can’t be a primary strategy because it can’t be democratically sustained—energy pinchers get voted out. The only way to save ourselves is with a tsunami of cheap green energy.

Climate activists struggle with this concept. Many of them are personally opposed to rampant consumerism and are inclined to conservation-first policies. Many argue for reducing inequality as a prime goal of addressing climate change, which means, to them, reining in greedy corporations and capitalism in general, rather than flooding the world with clean cheap energy.

We’re going to need to build a staggering amount of energy infrastructure in the coming decades, and this is going to require huge amounts of capital. In a recent analysis for investors, BNY Mellon estimated that the capital required to reach net zero greenhouse gas emissions by 2050 will be roughly $100 trillion US dollars. This represents about 20% of ALL capital investments between now and 2050, and most of it will be private capital.

The notion that saving the planet will require another cycle of big-shouldered capitalism will not sit well with a generation somewhat in love with the light-touch socialist ideals of Bernie Sanders and AOC. The BNY Mellon estimate just gets us to net zero; in the scenario discussed above, the green energy tsunami would blow right through the net zero milestone and far beyond by century’s end.

In addition to favoring resurgent capitalism, the transition to green energy is going to require that infrastructure projects be executed much faster and more efficiently. This too will challenge climate activists. In many democratic countries the permitting process has been exquisitely designed to make it very hard to build new infrastructure. Streamlining the permitting process for green infrastructure will undoubtedly make it easier to permit not-so-green projects. For generations of environmental activists, stopping construction—of pipelines, highways, dams—has been a central organizing principle.

As they shift focus from saving a wetland, forest or cultural heritage site to saving a planet, they will need to accept the partial undoing of the life’s work of many honored elder environmental activist heroes. This will not be easy. Their arguments for greater conservation of energy are worthy and should be followed, but we can’t conserve our way to enough energy for all, and efforts to mandate substantial conservation are politically perilous. It doesn’t do much good to die on the hill of wear more sweaters only to usher coal-hugging reactionaries into power.

The need for this project also comes at a time when for many people the bloom is far off the rose of rapid technological advancement. Threatened by the power of the tech overlords who have rewritten so many aspects of daily life, they’d rather call a time-out than support a doubling-down. When the wealthy disrupters who are upsetting so many apple carts tell us that we need to make an even bigger bet on maximum technical innovation, many will react with a visceral skepticism. As we’ve learned from the COVID pandemic, it’s not that hard politically to amplify distrust of scientists, technologists and other credentialed, empowered elites.

Bringing about a green energy tsunami will be far harder than defending against COVID, yet the US did a conspicuously poor job against COVID. The hardest sell was “take one for the team” in a country which prides itself on protecting the exercise of individual freedoms. Accordingly, building out green energy is going to require an extreme effort to be sure that the benefits are widely distributed—and seen to be widely distributed—at every step of the way. It must be experienced as a century of benefits and opportunities, not a century of mandates and restraints. We can’t scourge our way to a brighter future, we’re going to have to get there seductively.

The policy implications of a zettajoule strategy strongly favor investing in a wide array of technology R&D efforts, investing in improving existing technologies, and investing in amelioration, to reduce misery and its consequences such as massive migration. It also means managing an extended runway and a soft landing for natural gas and some other fuels that can’t be immediately replaced, and planning to pull a lot of carbon out of the atmosphere. The world can afford this ($100 trillion is just 3% of global GDP between now and 2050), but it’s going to put pressure on our economic, political, and social systems.

The Pacific Northwest is something of a center for pushing the clean energy envelope. Everett is one of the global centers for innovation in fusion energy, with hundreds of millions of dollars committed to start-ups Helion and Zap Energy, both springing from UW scientists. Local citizen Bill Gates is deeply invested in developing clean energy technologies through Breakthrough Energy, which comprises venture funds, research support, political advocacy and other midwifery of technological progress. Just last month, Portland General Electric commissioned North America’s first three-way hybrid utility-scale power generation plant near Lexington, Oregon. The Wheatridge facility integrates solar, wind, and massive battery banks into a single source of electricity that can deliver power with much less uncertainty, and can serve as a model for how to make renewable energy more dependable.

A green energy tsunami can do much more than reverse the climate crisis, it can deliver unprecedented new benefits. For one example, by reducing the land footprint of food production enough to permit large-scale restoration of wild habitat. For another, by significantly reducing inequality. For a third, by reducing climate-driven emergency migration. However, such a transformation of our energy universe is certain to have a wide range of unpredictable consequences both good and bad. The swift rise of the fossil fuel system sprung humanity from the Malthusian trap, greatly enlarging the global middle class, but it also enabled two world wars. The coming energy revolution could be even more consequential.

Tom Corddry
Tom is a writer and aspiring flâneur who today provides creative services to mostly technology-centered clients. He led the Encarta team at Microsoft and, long ago, put KZAM radio on the air.
Previous article
First Up in the Supreme Court Crosshairs: The Clean Water Act
Next article
Happy Halloween, Sorta

Financial Systems Come for Your Free Expression: Don’t let them.