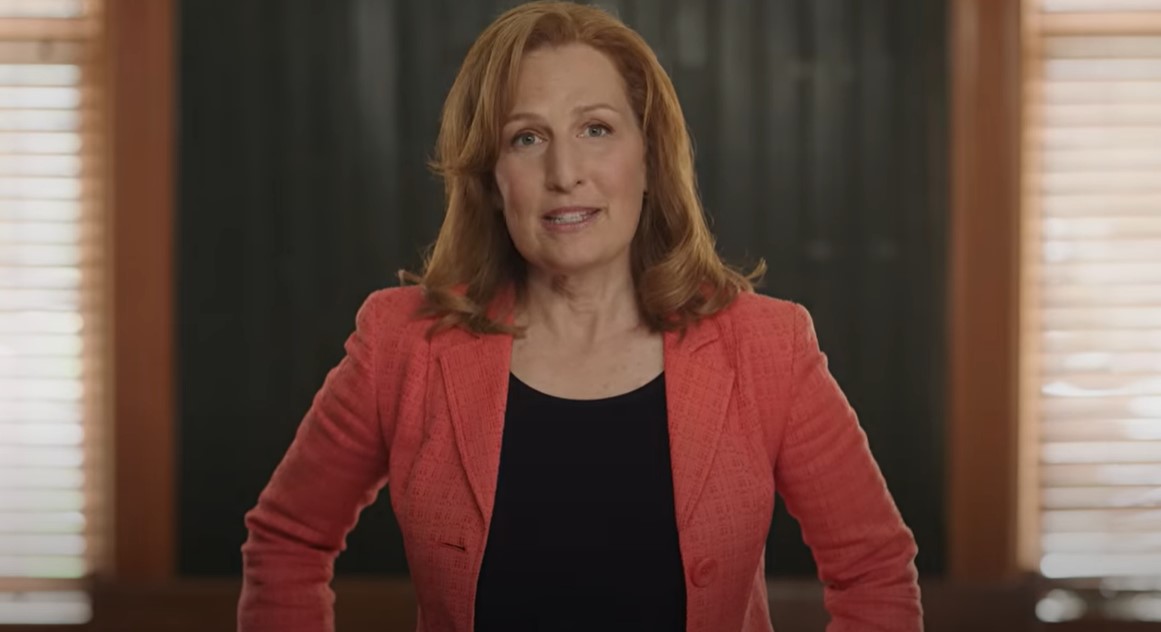 Gusher of PAC Money Flows into the 8th Congressional Race

Big money from outside super-PACs unbound by campaign finance limits typically swamps the spending of candidates’ own campaigns in hot races for Congress. We’re starting to see that in Washington’s hotly contested 8th District.

The Congressional Leadership Fund has spent more than nearly $1.8 million trying to unseat Democratic U.S. Rep. Kim Schrier in the 8th Congressional District. The PAC, which is closely tied to the House GOP leadership, is running ads like one tying Schrier to House Speaker Nancy Pelosi and higher taxes. The money comes from absolutely massive donations from some of the fattest cats in Republican politics.

Here are the PAC’s top donors this cycle, per its filing with the the Federal Elections Commission: Mellon is an heir to the Mellon banking fortune. Schwarzman is one of the founders of private equity giant Blackstone. Griffin is the founder of Citadel LLC, a multinational hedge fund. Ryan is the founder of Aon Corporation, one of the largest insurance companies in the world. This PAC has spent more since the primary than Republican Matt Larkin’s campaign. Larkin, who lost badly in a 2020 bid to unseat Attorney General Bob Ferguson, was something of a surprise winner in the August primary, squeaking past Reagan Dunn and Jesse Jensen. He has raised less than $2 million, including $772,000 he loaned to the campaign himself.

Schrier, with the advantage of incumbency,¹ has raised more than $2 million and also has independent money to defend her. The largest group, Shield PAC, which is defending moderate Democrats around the country, has spent some $750K on mailers, digital advertising, and polling in support of Schrier. Its money comes mostly from wealthy people like John Pritzker, a member of the family that founded Hyatt hotels.

Elsewhere, a new ad touts moderate GOP support in the 3rd District where Democrat Marie Glusenkamp Perez has a new ad up that rolls out some of the moderate Republicans who backed now-lame duck Rep. Jaime Herrera Beutler against MAGA candidate Joe Kent in the primary. The ad features moderate-looking folks shaking their heads about Kent, a purveyor of election-stealing conspiracy theories and other outlandish ideas. Kent was among three Republicans who challenged Herrera Beutler from the right over her vote to impeach Donald Trump for the Jan. 6 insurrection. As we noted after the primary, Perez will need many of Herrera Beutler’s supporters to win. The high-water mark for Democrats in the 3rd in recent years was just over 47 percent in Carolyn Long’s run against Herrera Beutler in 2018.²

Meanwhile, a new PAC spends more than $1.2 million against Sen. Patty Murray. A recently formed political action committee called Evergreen Principles is spending against incumbent U.S. Sen Patty Murray. The money — more than $1.2 million so far, with $1.6 million in hand at the end of November — is getting spent mostly on television advertising targeting the veteran Democratic lawmaker, who faces Republican newcomer Tiffany Smiley. The list of donors includes Timothy Mellon, mentioned above, and Steve Gordon, the trucking magnate who leads Concerned Taxpayers of Washington State. In this case, the PAC spending is dwarfed by the candidates’ outlays.

Although Murray is generally considered the frontrunner, with double-digit leads in some polls, Smiley has raised a formidable amount of money — more than $12 million compared to nearly $18 million for the incumbent. Consider this a war of national political-money attrition. By forcing Murray to spend to defend her seat, Republicans keep her money out of closer races elsewhere.

Ranked-choice voting gets a financial boost in Seattle. The campaign for approval voting had gobs of outside cash to pay for an initiative petition drive, while ranked-choice voting mostly had friends on the Seattle City Council willing to put the competing system on the ballot. But now FairVote Action, a national ranked-choice-voting group, has dropped $200,000 into Ranked Choice Voting for Seattle. The Center for Election Science, the California-based group pushing approval voting, shipped up another $100K last week to Seattle Approves, which has raised more than $600,000, mostly tech and crypto money.

In ranked-choice voting, voters choose candidates in order of preference, and there’s an instant-runoff tabulation. The last-place finisher is eliminated, his or her votes are redistributed to the voter’s next choice, and so forth. The proposal before voters in Seattle would use that system in the primary to advance two candidates to the general election. In the approval voting proposal, primary voters would choose all the candidates they approve of, and the two candidates with the most votes advance. I took a somewhat fanciful look at ranked-choice voting a while back and approval voting more recently.

Footnotes:
1. Many of the big donors in congressional politics are special interests who give almost exclusively to incumbents.
2. The 3rd changed slightly in last year’s redistricting process, losing rural and conservative Klickitat County to make up for growth in more populous parts of the district.

This story is reprinted from the author’s news blog, The Washington Observer.

Paul Queary
Paul Queary, a veteran AP reporter and editor, is founder of The Washington Observer, an independent newsletter on politics, government and the influence thereof in Washington State.
Previous article
A Tale of Three Universities: Hot Seats and Stop-and-Start Governance
Next article
Happy Birthday to Me: The Party Gives it all to Xi