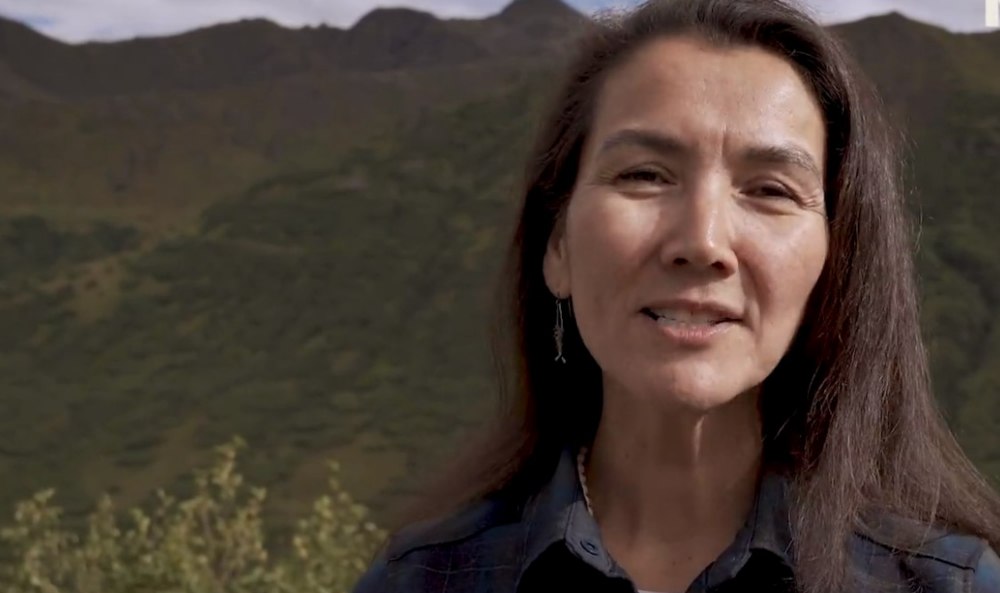 Democrat Mary Peltola was elected to Alaska’s lone seat in the U.S. House of Representatives on Wednesday, upsetting Trump-backed former Gov. Sarah Palin in the first test of the 49th state’s rank-voting system.

The Aug. 15 primary gave Peltola, a former state legislator, the lead of 39.7 percent to 30.5 percent for Palin in voters’ ranking of their first choices.  But neither topped the 50 percent required for outright victory.  Hence, third place finisher, Republican Nick Begich III, was eliminated and the second choice votes of his supporters were then counted.

Palin and Begich had a rancorous primary, so only half the Begich backers ranked the 2008 Republican nominee for Vice President as their second choice.  The final tally: Peltola 91,206 votes to 85,987 for Palin.

Peltola will be the first Alaska native to represent the Great Land in Congress.  She will serve out the remaining few months of the late U.S. Rep. Don Young’s term in Congress.  Alaska’s crusty Republican “congressman for life,” Young died last spring after 49 years in Congress. Peltola, Palin, and Begich will be on the November ballot when Alaskans pick a candidate to serve a full term.

Peltola, from Bethel, once chaired the “Bush Caucus” of rural legislators.  She served 10 years in the Legislature.  She has a past friendship with Palin, and both women were expectant mothers when Palin was governor and Peltola was a House member.

Palin has become a polarizing figure in years since she was a popular governor.  She quit the statehouse in 2009 to cash in on the celebrity status attained during the 2008 campaign.  She went on Fox News, did a TV show “Sarah Palin’s Alaska,” hired a ghostwriter to do a book entitled Going Rogue, hit the lecture circuit, and was a marquee attraction at Conservative Political Action Conferences. She raked in millions.

At home, however, the Palin family became embroiled in a much-publicized drunken brawl over the 2014 Labor Day weekend at a friend’s home in suburban Anchorage.   During the latest campaign, Begich repeatedly chided Palin for seeking to cash in rather than complete her term as Governor of Alaska. She “left Alaska to be a celebrity” said one Begich ad, while another urged the electorate: “Vote smart, not Sarah.”

Ex-President Trump backed Palin at a rally in Alaska, and at a phone-in event held on the night that FBI agents were collecting classified papers at his Mar a Lago residence.  He was returning a favor, since Palin supported Trump in the 2016 Iowa Presidential caucuses.

Both Trump and Palin have denounced the new ranked-voting system put in place by Alaska voters.  The 49th state has abandoned partisan primaries.  All candidates – a whopping 48 of them seeking Young’s House seat – appeared on the ballot.  Second choices count, as they did in putting Peltola in Congress.

Peltola was the daughter of a Yup’ik mother and a Nebraska father who came north to teach.  For a time, her father taught eighth grade in Fort Yukon while Don Young was the fourth grade teacher.  He later became a bush pilot.  Young entered Congress in 1973 and never left. When chairing the House Transportation Committee, Young called himself “a porker” and became known as sponsor of the never-built “bridges to nowhere.”

An advocate for Alaska’s mining and petroleum industries, Young was also known for feuding with environmentalists.  At one hearing, he waved a baculum – the meter-long penis bone of a walrus – at Mollie Beatty, the first woman to head the U.S. Fish & Wildlife Service.

Trump has carried candidates to victory in Republican-only primaries elsewhere in the country, but he did not fare well in Alaska.  Palin lost.  Sen. Lisa Murkowski, R-Alaska, who voted to convict Trump after the January 6, 2021 U.S. Capitol insurrection, is the one pro-impeachment GOP senator to face voters this year. Infuriated at Murkowski, Trump came to Alaska to campaign for Republican opponent Kelly Tshibaka, but Murkowski finished well ahead in the primary.  The two will face off again on the general election ballot in November.