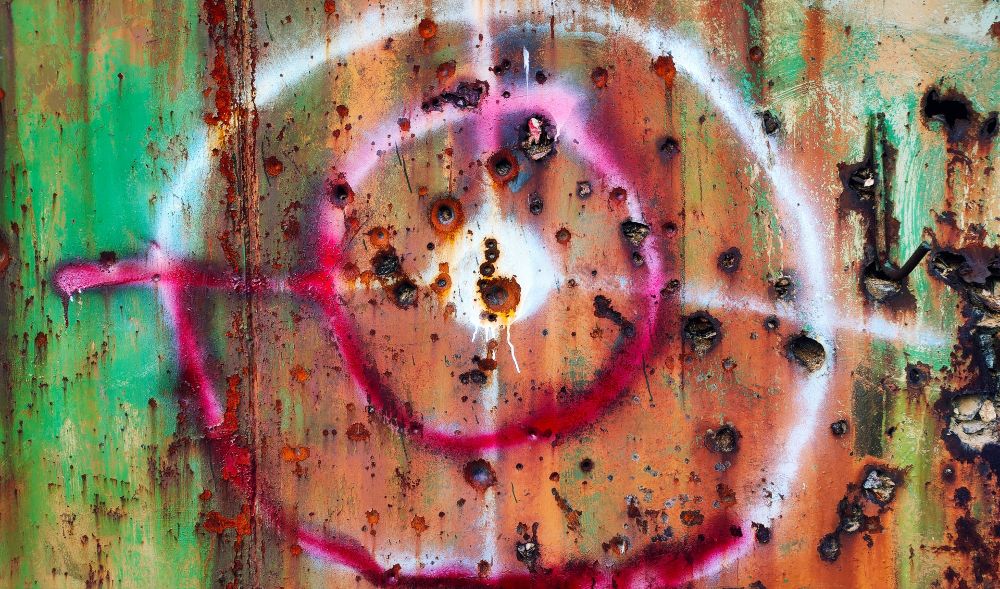 Guns, Guns, Everywhere. And Now Oregon Will Vote on Whether to Limit Them

On any given day, a large red pickup truck can be found parked outside the Bayway Tavern in Nehalem, Oregon. Surprisingly, the truck has no gunrack attached. Perhaps to compensate, its owner has plastered to its dented bumper a sticker that reads in big black bold letters: I PLEAD THE SECOND. Above those words is a picture of an AR-15.

Indeed, Oregonians have a love affair with firearms. Almost 51 percent of all adults in Oregon own at least one firearm. Of course, when it comes to romancing the gun, it’s tough to beat Montana, the winner of the nation’s arms race. There, 66.3 percent of its gun-toting residents are in possession of one.

Washington, you may be wondering, checks in at 42.1 percent. And the state with the fewest gun owners? You guessed it: good old liberal Massachusetts – the only state George McGovern carried in 1972, where only 14.7 percent of its 6.9 million souls have a registered weapon.

So, what to make of the Beaver State? Well, help may be on the way, if, that is, you believe in gun control, or the term I prefer, gun safety. In November, Oregonians will have a chance to vote on statewide gun-control legislation, the Oregon Secretary of State’s office confirmed last week.

According to the Oregonian, the state’s largest newspaper, Initiative Petition 17 also known as the Reduction of Gun Violence Act, collected enough valid signatures (131,671, or 20,000 more than needed) to qualify for the general election. If passed, the measure will require people to get a permit and pass a background check before buying a gun, and it would prevent the sale of gun magazines that hold more than 10 rounds.

Rabbi Michael Cahana of Congregation Beth Israel, one of the initiative’s chief petitioners, told the Oregonian that he is feeling “very confident” that voters will pass the measure in November. “I am not going to be complacent – none of us are,” Cahana said. “We’re working very hard to educate Oregon voters because we know there will be a lot of misinformation. But I know people want to see change.”

Reports the Oregonian: “A caravan of gun-control advocates drove from Portland to Salem July 8 to hand-deliver the initiative’s final batch of signatures to the state capitol. Rev. W.J. Mark Knutson of Augustana Lutheran Church, also one of the initiative’s chief petitioners, sat aboard a school bus crowded with volunteers. “Today has to be a day of joy,” Knutson said. “Because this will give Oregonians a chance to step out in the nation with the most progressive piece of legislation this year for public safety.”

The measure, needless to say, is not going down well with pro-gun organizations. “The blood of countless patriots was spilled to free us from a tyrannical and unaccountable government determined to control and oppress us. Sounds familiar, doesn’t it?”

This was part of a July 1 statement from the Oregon Firearms Federation, which, predictably, believes the new permitting process required by the measure – including firearms safety training and a background check, would be “far more onerous.”

The statement did not answer this question: Far more onerous than what?

The Federation added in its statement, “It has never been more clear that the state is doing all it can to keep the populace defenseless in the face of rising mob violence.” The main group behind the initiative is Lift Every Voice Oregon, which was created the lobby shortly after the 2018 mass shooting at Marjory Stoneman Douglas High School in Parkland, Florida.

As the Oregonian reported, support for the gun-control measure started small but like gangbusters – going from less than 3,000 signatures in March to almost 100,000 three months later. No doubt, the effort was fired up by a wave of gun violence, including mass shootings at an elementary school in Uvalde, Texas, and a grocery store in Buffalo, New York.

“There was a strong sense that we’ve had for decades now that nothing is going to happen, that things aren’t going to change, and people are fed up. They really want to see substantive change,” Cahana told the paper. In the state of Washington, meanwhile, gun stores are reporting they are wracking up record sales on the heels of a new Washington state law that went into effect on July 1. It too will ban firearm magazines with more than 10 rounds.

According to a report in The Seattle Medium, published a week before the new gun law took effect, sales of guns with high-capacity magazines increased a 100 percent at some stores. “One gun store owner said they are ordering them by the cases and they are gone a day or two after getting them. The new gun restrictions that state lawmakers and Gov. Jay Inslee approved have people stocking up or adding standard capacity magazines 15-30 and even 50 rounds.”

And that’s the thing about love affairs. They can be hard to quit, and even harder to move on from. But as the number of victims from gun violence mount, perhaps — even if only in tiny, modest ways — momentum is building to do things to make us all safer.