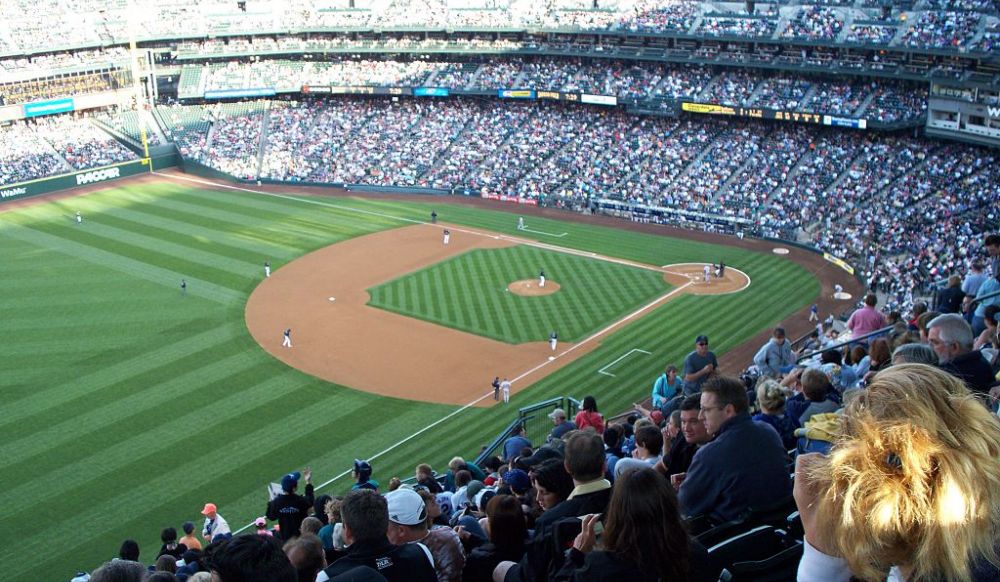 That’s a phrase — “the incredible streaking Mariners” — with which the veteran Seattle Times sportswriter, Larry Stone, wrapped up his recent column on the M’s.

Being a longtime M’s fan as I am, you sort of don’t know whether to go full-on and all-in or to cross your fingers behind your back as you profess your renewed enthusiasm. It’s been a long time since the M’s had a winning streak like this, 2001 to be specific, when they pushed it to 15 games. It’s also been that long since the M’s made it to baseball’s post-season. Not to mention, never seeing a World Series in the M’s 45-year history.

But what’s worth commenting on, besides the fun of it all and the remarkable win-streak of 14 games, is that club leadership has persevered, as all good leadership must, through some harsh criticism, big-time questioning, and mini-revolts. GM Jerry Dipoto, Manager Scott Servais, and others whose names I do not know have persisted when it has been hard to do so and when there has been a hew-and-cry for each of them to be fired forthwith.

They have exemplified what Harvard leadership guru Ron Heifetz calls “maintaining disciplined attention,” in the face of critics, second-guessers, and clubhouse mutiny. They have kept their attention on big goals and on a plan that called for building from the ground up, and making one of the worst — if not the worst — farm team systems in the big leagues into one of the best. This in contrast to Dipoto’s GM predecessor, Jack Zudnerik, a.k.a. “Jack Z.,” who let player development founder as he sought headlines and hope by adding big-name free agents like Robinson Cano and Nelson Cruz.

Chalk one up for “doing things the right way” and “slow and steady” in the age of the quick-fix and “immediate is not soon enough.” Developing a solid base and building on that takes time and patience, qualities that aren’t the stock-in-trade of major league sports (and of the rest of America) these days.

Beyond building the farm system and paying attention to player development, Dipoto and Servais were candid that some recent years would involve a “step-back” in order to, eventually, move forward. That too is gutsy. Few fans want to hear that we’re not going to make it to the playoffs this year because we’re trying to lay a foundation that will last longer than an ice-cream cone on a blistering July day.

Not only have Dipoto and Servais practiced “maintaining disciplined attention” on the basics and playing the long game, they have “taken the heat.” Another Heifetz-ism is that you don’t effect change without creating some heat. Think a pressure cooker. The challenge is to find the right amount of heat. Enough heat to make stuff in the pressure cooker cook. Not so much that you blow the lid off.

So kudos to the Mariner’s leadership, as well, of course, as to the guys on the field.

Another leadership guru, Edwin Friedman, says that “peace-mongers” are at the head of every dysfunctional organization. By “peace-mongers” he means people who will do most anything and everything to avoid conflict and give the impression that everything is hunky-dory. Dipoto and Servais aren’t “peace-mongers.”

Leaders who help an organization to make progress take the heat, face tough decisions and keep their attention on the key important challenges.

Seattle, these days, is not a city marked by leaders of note. Perhaps the M’s leadership has something to teach the rest of their hometown and its leaders?

Anthony B. Robinsonhttps://www.anthonybrobinson.com/
Tony is a writer, teacher, speaker and ordained minister (United Church of Christ). He served as Senior Minister of Seattle’s Plymouth Congregational Church for fourteen years. His newest book is Useful Wisdom: Letters to Young (and not so young) Ministers. He divides his time between Seattle and a cabin in Wallowa County of northeastern Oregon. If you’d like to know more or receive his regular blogs in your email, go to his site listed above to sign-up.
Previous article
Rise of the Anti-Feminism Backlash
Next article
Glimmers: Some Hope for a Solution for Northwest Dams?