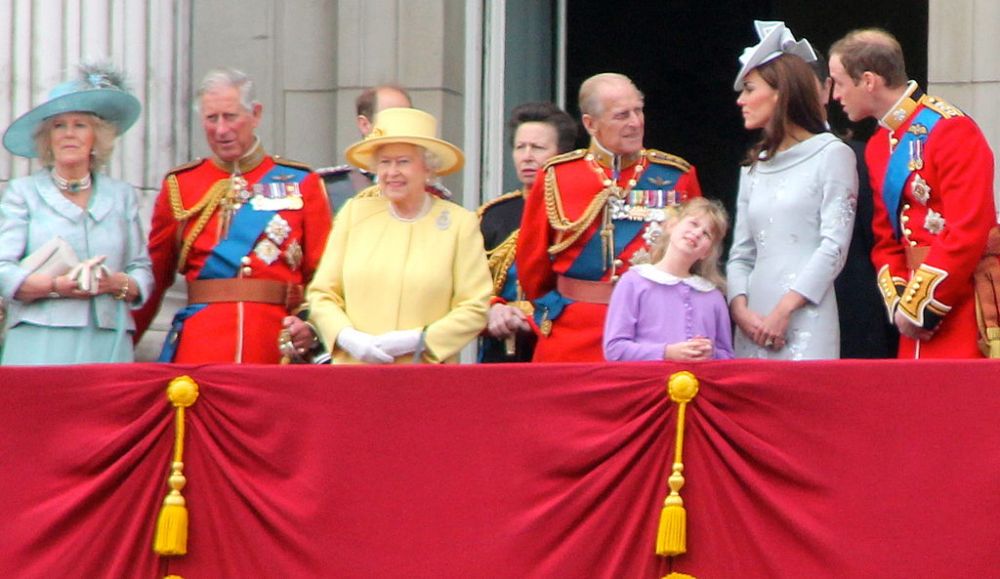 Flay and Flatter: Tina Brown Does the Royals

Before and during her seven decades on the British throne, Queen Elizabeth II has led a rigidly self-disciplined life exemplifying “constancy, discretion and stoicism under fire,” writes Tina Brown in her engrossing book The Palace Papers: Inside the House of Windsor – the Truth and the Turmoil (Crown $35).

Her Majesty never complains, nor does she explain.  The Queen has never given an interview, a strategy buttressed by disastrous tell-all sessions of family members, from Prince Charles confessing infidelity to Prince Andrew claiming nothing “untoward” transpired between himself and a girl handed down to friends by sexual predator Jeffrey Epstein.

The disciplined monarch has presided over a family whose exhaustive dysfunction Brown chronicled in The Diana Chronicles and over 500 pages in her latest book.  The author depicts male members as its weakest links and a House of Windsor held together by strong women.  The Queen Mother turned a “stammering introvert,” George VI, into a wartime leader. The resolute Camilla Parker Bowles, as mistress, bolstered Prince Charles through years of insecurity and his disastrous marriage to Princess Diana.  She has made the heir to the throne, at last, a happy man.

The commoner Kate Middleton, now the Duchess of Cambridge, has steadied Prince William and healed wounds left from Diana’s death.  An “extraordinary ordinary girl” girl of “unexalted origins,” writes Brown of Middleton. “Now the only question is how the House of Windsor could survive without her.”

Tina Brown is at heart a royalist. The former Vanity Fair and New Yorker editor is a Brit who moves in upper crust circles. But she is also a wickedly funny and perceptive writer.  Describing the Prince of Wales during his bachelor years, she writes that “his dumbo ears were offset by his excellent tailoring and debonair polo prowess.” Upon seeing baby William in his hospital incubator, the Queen commented: “Thank goodness, he doesn’t have ears like his father.”

Since invested as Prince of Wales in 1969, Charles has waited 53 years to ascend to the throne.  He has not until recently been popular, had an oft-strained relationship with his mother, coming across in the words of a palace source as “too needy, too vulnerable, too complicated, too self-centered, the sort of person she cannot bear.”

The Prince of Wales has talked of modernizing the monarchy, has grown and championed organic foods, and became an early and perceptive voice on climate change.  Still, Brown depicts him as a 19th century man with a lofty sense of entitlement.

“When he travels, to stay at friends’ country houses,” she writes, “a truck arrives the day before, bringing his bed, furniture and even pictures which his pampering aide Michael Fawcett ensures will be hung in his allotted bedroom in place of the possessions of the host.”  The king-to-be prefers Kleenex Velvet for his own trips to the throne. He makes menu preferences known in advance, and carries with him a pre-mixed martini, to be served in his own glass.

Why do the Brits put up with these people?  Why is the Queen a titular head of state in Canada, represented in Ottawa by a Governor General and at Government House in Victoria by a Lieutenant Governor? Voters elect their governments, but prime ministers and premiers swear allegiance to the crown.

Her Majesty visited Vancouver two decades back, dropping a hockey puck at center ice before a Vancouver Canucks-San Jose Sharks’ exhibition game.  Prince Philip was the requisite two steps behind her, but stepped out to bestow Duke of Edinburgh Awards on worthy young Canadians.   At a press briefing on royal protocols, I posed a snarky question:  Why does Canada need a monarchy? In fact, what purpose does it serve across The Pond?

“Every country is different, and we grew up in this one with the Royal Family as part of our heritage,” answered NHL great Wayne Gretzky.  He depicted the Queen as a symbol of stability in an unstable world, a nod to diplomatic skills often absent from her consort and other family members. .

Yet, this spring, polls showed a majority of Canadians ready to sever ties with the monarchy when the 96-year-old Queen leaves the scene.  The House of Windsor, or “The Firm” as some royals call it, is forever preoccupied with survival. Self-interest is paramount to the smallest detail.

Although he had served as a helicopter rescue pilot in the Royal Air Force, Prince William was outfitted in an Irish Guards uniform for his wedding in Westminster Abbey, on orders from the Queen. Her Majesty was about to make “Her groundbreaking first trip to Ireland,” writes Brown. “The groom’s Irish Guards uniform was a first soft-power flourish on royal statesmanship.”

The House of Windsor’s primary defensive weapon is the deep freeze. Prince Andrew was long Her Majesty’s favorite offspring, but the “Duke of Hazard” became embroiled in scandal resulting from his friendship with Jeffrey Epstein and a civil suit charging him with sexual exploitation.  “Overnight, the overbearing, rank-pulling, non-perspiring Duke of York became a ghost royal,” Brown writes. “Born with a destiny of descending in importance, he had now disappeared altogether in a pit of shame.” Andrew was exiled from his charities and made to resign his titles.  He was nowhere to be seen in photos of Royals at church on Christmas, and even excluded from wedding photos of his daughter Beatrice.

Tina Brown does not like Meghan Markle, depicting the actress bride of Prince Harry as a relentless social climber who has exploited her vulnerable, volatile Royal.  She does acknowledge tabloid racism, particularly in the Daily Mail, toward the biracial Meghan. Still, there’s a faulting of the first woman of color in the House of Windsor for not puckering up and persevering.

Meghan and Harry, aka the Duke and Duchess of Sussex, sought to partially withdraw from royal life and duties. They received a brutal lesson: Either you’re all in or you are out.  The first sign of trouble came when a picture of the couple disappeared from the collection of family portraits on the table beside the Queen as she delivered her annual Christmas message.

Flying back to London from the couples’ temporary Vancouver Island refuge – a $13 million mansion near Sooke – Harry found his one-on-one with the Queen had been canceled.  He was later summoned to Sandringham Castle by his father, where the Queen “read the riot act.” The couple could not use the moniker Sussex Royal to describe their enterprises.  Nor use the HRH titles. Harry had to relinquish all his military titles.

“The Sussexes’ decision to get out of Dodge had much in common with the American exit from Afghanistan, a necessary end executed with maximum chaos,” Brown concludes. Harry and Meghan decamped for California and aired their grievances in a tell-all session with Oprah. A Harry book is in the oven. The couple returned for the Queen’s Platinum Jubilee but were kept apart from A-list Royals, relegated to a side pew at St. Paul’s Cathedral, and decamped before the final ceremonies.

The Queen, at age 96, soldiers on. She is, however, slowing down.  Sooner or later, her private secretary will call the Prime Minister with the code: “London Bridge is down.” The House of Windsor will crown a new monarch, King Charles III, with William becoming Prince of Wales followed in succession by Prince George.

Charles and Camilla are tanned, rested and more than ready. In Brown’s assessment, “For years it looked as if the Prince of Wales would be but a husk of history by the time he became king. But in a miraculous accident of timing, he will ascend to the throne at a moment that uniquely calls on his lifelong passion to save the planet.” Once the most hated woman in the UK, Camilla will assume the title of Queen Consort.

In one of her canniest insights, Tina Brown concludes: “Perhaps the most powerful survival element of the monarchy has turned out to be marital love.”