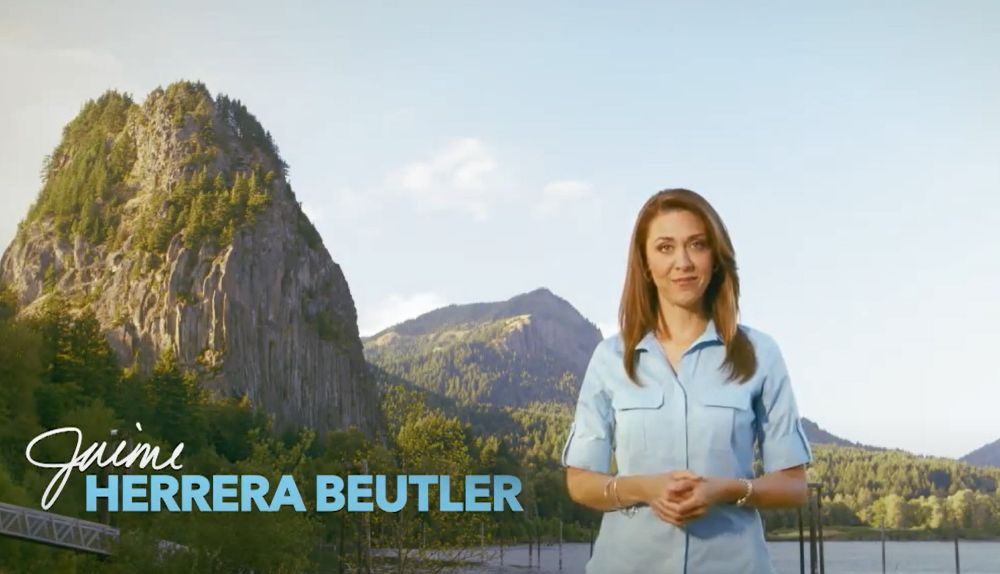 A 30-second TV spot being deployed by six-term Republican U.S. Rep. Jaime Herrera Beutler echoes themes repeatedly used by Democratic candidates to spotlight drug and health care costs. She is latching onto an issue which the Dems in this state have owned since the 1990s. The ads are likely meant to get some Democratic votes in her reelection campaign.

It’s narrated by a Vancouver mom whose two sons have diabetes, a shaping factor in their lives. The ad delivers the message.  “Jaime Herrera Beutler understands. She knows what it’s like to have to fight to get the medical care your child needs. She’s been fighting for my boys, too.”

“Jaime listened when I told her about the skyrocketing cost of insulin,” viewers are told. She is “fighting to cap the cost of insulin.” Across the screen is the message: “Jaime Herrera Beutler’s ‘miracle baby’ first to survive Potter’s Syndrome.”

The ad drives home a trio of themes. The Congress member is looking after the welfare of her 3rd District (Southwest Washington) constituents. She has been an independent voice on the national issue of drug prices. She has a personal story to tell, of fighting to get experimental treatment upon learning that her unborn baby suffered a condition in utero when there are no kidneys.

Famously, Herrera Beutler was one of ten House Republicans voting to impeach President Trump after the January 6, 2021, insurrection at the U.S. Capitol. She “outed” a phone conversation in which Trump berated House Minority Leader Kevin McCarthy, saying: “Well, Kevin, I guess these people [insurrectionists] are more upset about the election than you are.”

The Trump dittoheads are coming after her.  Embarking on a vengeance campaign, Trump has endorsed Republican challenger Joe Kent.  A second pro-Trump voice, Heidi St. John, is also running in the upcoming August primary.  Kent had $1.070 million in the bank as of March 31; St. John reports a $282,887 war chest.

Kent has gone national.  He held a fundraiser at Mar a Lago. He spoke at a sparsely attended Washington, D.C., rally in support of the insurrectionists being investigated and indicted for invading the Capitol.  He is a frequent guest of Tucker Carlson on Fox News.  He imported extreme rightwinger Rep. Matt Gaetz, R-Florida, across the country to a Vancouver rally..

But the old Tip O’Neill truism holds true, especially in Southwest Washington:  “All politics is local,” especially when constituents are needy.  Herrera Beutler beat back a blue chip Democratic challenger, WSU-Vancouver professor Carolyn Long, in 2018 and 2020. She used a reputation for first-rate constituent services to win small cities and rural areas in the district.  She won on traditionally Democratic turf, Grays Harbor and Pacific Counties.

With an open August primary, and Democrats not fielding a major challenger in 2022, Herrera Beutler is courting the D’s base.  It’s certainly there to be courted, as Democrats have neglected this “rust belt” corner of the state and forfeited legislative and local elections as a result. With more than $2 million in the bag, Herrera Beutler has resources to make her case.

Democrats have pointed out that Herrera Beutler went along with some – but not all – of the repeal-Obamacare votes sponsored by House Republican leaders. And, as a member of Congress, she was able to enlist treatment at Johns Hopkins for baby Abigail.

The flip side, however, is that doctors told her Potter’s Syndrome was 100 percent fatal. The saline treatment involved constant journeys north to Baltimore. Ultimately, the dialysis worked until baby Abigail was big enough to survive a kidney transplant.  The donor was her father Dan Beutler. (Herrera Beutler is only the ninth lawmaker to give birth while serving in Congress.)

Hence, there is truth in Herrera Beutler’s message.  She was one of only five House Republicans to vote for the Strengthening Health Care and Lowering Prescription Drug Costs Act in May of 2019, and one of just two GOP votes in favor of the Elijah E. Cummings Lower Drug Costs Now Act six months later.

The prescription drug spot shows a big difference between Herrera Beutler and the other Washington Republican to vote for impeachment, Rep. Dan Newhouse.  Newhouse has returned to the party fold and is tweeting the usual GOP talking points about inflation, rising gas prices, defending the carbon economy, and deploring various ills of the Biden Administration.

The Herrera Beutler TV spot is worlds apart from the usual cookie-cutter stuff peddled by Republican political consultants. In fact, the fighting-for-us theme is one that has been a staple for Democratic Sen. Patty Murray. Rep. Kim Schrier, D-Wash., herself diabetic, has put a spotlight on high drug costs.

If Herrera Beutler is picking up on the opposition’s themes, it’s smart politics in a contested primary. It’s also good to see somebody courting the neglected Democrats of Southwest Washington.

A version of this story appeared last week in the Northwest Progressive Institute’s “Cascadia Advocate.”

Joel Connelly
I worked for Seattle Post-Intelligencer from 1973 until it ceased print publication in 2009, and SeattlePI.com from 2009 to 6/30/2020. During that time, I wrote about 9 presidential races, 11 Canadian and British Columbia elections‎, four doomed WPPSS nuclear plants, six Washington wilderness battles, creation of two national Monuments (Hanford Reach and San Juan Islands), a 104 million acre Alaska Lands Act, plus the Columbia Gorge National Scenic Area.
Previous article
Get Thee to Columbus: An Idea to Revitalize Seattle
Next article
Coming to Terms with Vaccination