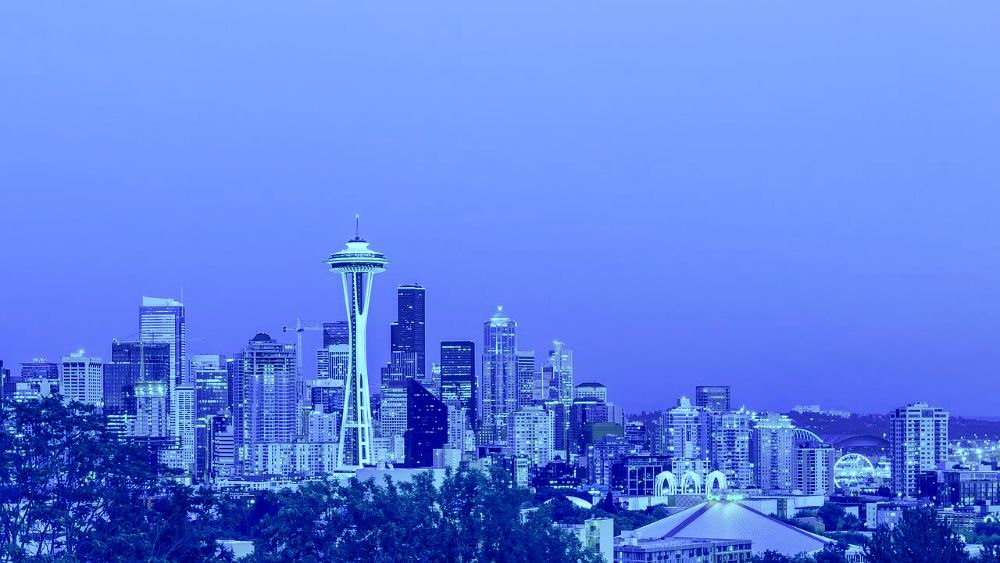 (Editor’s Note: Folio the Seattle Athenaeum streamed a forum (“All Blue but Deeply Divided“) on the changing state of Seattle politics, with Sandeep Kaushik, Folio boardmember and Post Alley writer, as moderator. Here are some comments by Post Alley writers in response.

Tom Corddry: I was fascinated to hear pretty much across-the-board agreement that City Councilmember Kshama Sawant, now the longest-serving councilmember, is something of a “relic,” not a city-wide force for change. There also seemed to be broad agreement that the Seattle metro area is on the fast track to being a bigger, denser, more cosmopolitan city. And I noted a shared surprise among the panelists at how quickly higher housing density seems to be accepted, in a city long zoned for vast swathes of single family houses. Very interesting discussion!

David Brewster. One of the panelists, Zach Silk, noted the rise of what he called “anti-institutional populism” in recent Seattle politics, adding his caution that it takes durable institutions (schools, police, courts) to protect individual liberties and past progressive gains. That’s an interesting observation on what ails Seattle politics, along with factionalism, tribalism, and too many vetoes, as well as a warning about the future.

I would add two supporting arguments. Many of the non-governmental institutions that came out of Seattle’s tradition of middle-class reform have now faded to insignificance. I mention the Municipal League, which vetted candidates and tried to produce multi-party compromises (notably integrating schools), and now has faded to near-extinction. Another is the League of Women Voters, a vital training ground for women getting into public affairs and also a resource that would study issues with rigor. A third is Allied Arts, which also groomed candidates and kept up pressure for supporting the arts, good architecture, and historic preservation. A fourth is the Church Council, a force for international concerns and racial harmony.

A few institutions have arisen as these four have succumbed, mostly related to transit, technology, racial justice, and environmentalism, but these tend to be narrowly focused. Some independent institutions such as the Chamber of Commerce and Downtown Seattle Association have been struggling to broaden their appeal but still tend to be dominated by some powerful business interests and consequently lack broader credibility. Among the new groups are the process-oriented City Club, originated by women who felt excluded from the formerly male-only Downtown Rotary lunches. Women, formerly with fewer occupational pathways, once were mainstays of these civic institutions.

We need a revival of independent, citizen-led institutions, though I don’t really expect it to happen given the running critique of such groups as male-led, too-white, and tainted with business support and elitism. Existing ones will resist the competition, and as Silk wisely observed, the more radical left in Seattle distrusts (for good reasons and bad) concentrations of power in an almost Jeffersonian way.

Mike James: I’d sum that Folio discussion as a search for political balance, that elusive landing space between Seattle’s Left-Left and Center-Left.

My sense, and what I hear from those in my own field of chatter, is a desire for fixers rather than ideologues, candidates who focus on tending to governmental basics — public safety, street maintenance, transit that works, affordable housing, an effective and compassionate plan for homelessness that helps those in the tents and also keeps parks and sidewalks safe and available for everyone. That short list must also include actual improvements in social-justice issues such as diversity, inclusion, and equality.

The most insightful comment in the Folio discussion, one from Zach Silk that David salutes as well, mentions the need for durable and effective institutions to carry out good policy. (Related: the high turnover in the mayor’s office.) Not just governmental entities, but chambers of commerce and universities, courts, unions, families, and neighborhoods. These are the durable, broad-based connections that move things along. Justice, when it thrives, does so in a community in the widest sense.

When I listen to a candidate now I want something beyond rhetoric and slogans and performative stances. It’s show-me time. What have you done, how did you do it, what’s your fix for tomorrow? Votes are earned, not assumed.

David Brewster: One other takeaway from the forum is the absence of a “loyal opposition” to the settled center-left consensus. As several panelists noted, Seattle used to be evenly divided between Republican and Democratic officeholders and state legislators. Today, nearly all King County electeds (save Ann Davison, some county councilmembers, and maybe the next county prosecutor) are Democrats, though there are rifts among the Blues and between the city council and the mayor. But no real opposition, in the sense of grooming candidates and coherent counter proposals.

The swing groups (labor, greens, gays, neighborhood activists, business groups, good-government reformers, media) that used to be open to dissenting views have now all pretty much signed up for the Consensus Party. Republicans have abandoned the field, choosing instead to run statewide by deploring Seattle and its woes. I doubt we can have a compelling dialogue about public policy, one that draws in the public, without restoring a “two-party” system. But I noted that none of the panelists held out any hope for a coherent opposition party.

Mike James: Reasonable to suggest that the lack of a “coherent opposition party” says more about the current GOP than it does about Seattle’s quarreling D’s.  A political party and its candidates need to offer more than grievance.  That said, the city’s continuous experience with homelessness, visible addiction, crime, and failing civic maintenance may well give center-right candidates an opening.