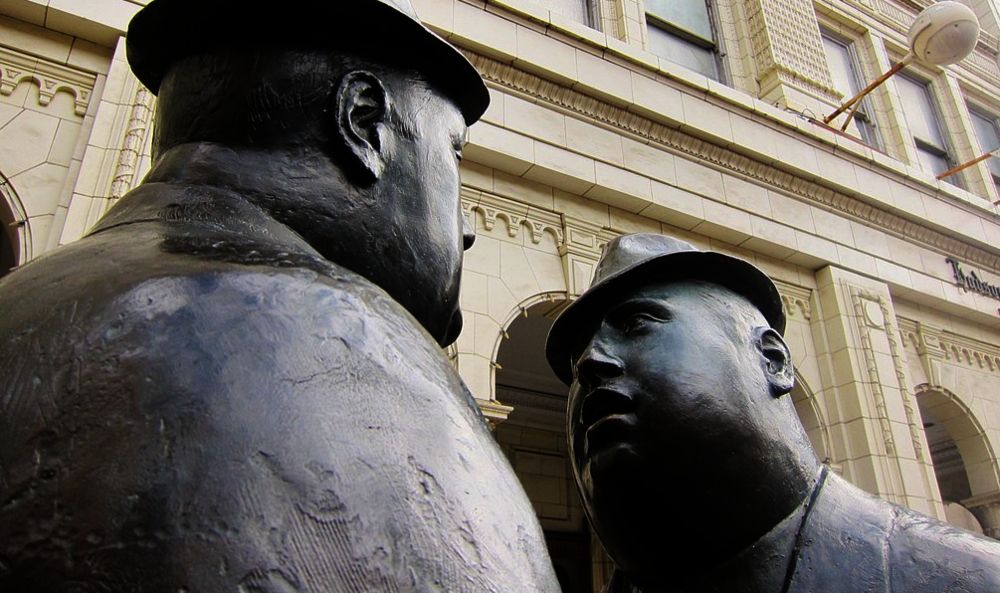 Being Rude Can Help Deepen Relationships

Even before the pandemic, I heard people complain about how difficult it is to develop new friendships or deepen existing ones, especially as an adult. People can act as if others are withholding friendship from them.

If you’re struggling to build or deepen relationships, it might be because you’re too polite.

Relationship building requires risk-taking. One person must initiate. You can wait around for other people, or do it yourself. I prefer to initiate. Sometimes my actions might be interpreted as rude. I’d rather take the risk that someone will perceive me as rude than do nothing at all. I’ve been turned down before, and I’m grateful I found out sooner rather than later that the person didn’t want to reciprocate.

Here are some tips that can help you deepen your relationships. Warning: They might be perceived as rude.

Just say “no” (instead of saying nothing of all)

It can be hard to say “no.” But there is something worse. And that’s not saying anything at all.

Think about how you feel when someone doesn’t respond to an invitation or request. I’ve sometimes asked for something from someone I know, and that person said nothing, even after a reminder. I wondered, did he or she think less of me? Did I ask too much? Did I cross a line? Some people think saying no is rude. I think it’s ruder to ignore someone.

That’s why when I can’t say “yes” to an invitation, I strive to decline as soon as possible. I don’t want to keep anyone waiting or guessing. Whenever someone says no to me, I immediately thank the person.

Yes, we’re all busy. That is not an excuse. Some of the best examples of a quick, firm, and kind decline came from some seriously busy people, including a Fortune 500 CEO and a county court judge. If they can take the time to say no, so can I. And the way they said no made me feel safe, as if I could still ask for something later, which I did and received a yes. “No” just means “not this time.” Silence often implies I shouldn’t have asked.

Takeaway: The next time a friend or an acquaintance asks you for something, and you know you can’t help, send a quick and kind decline instead of silence or pushing it off.

It’s easy to offer help. It probably makes you feel good or helpful. When you are the one offering help, you have power. You determine how you will help. Most people often feel good about being asked for help.

Think about how you feel when you ask for help. If you are like most people I’ve talked to, you don’t like asking for help. You might even think it’s rude.

And yet asking for help is more likely to make someone feel connected to you than offering help. For example, I have developed deep friendships with people I asked for a ride to or from an event when they never offered.

Asking for something signals you want to continue the conversation with this person. I’m really testing to see how this person responds—will it be yes, no, or nothing at all? When the person doesn’t reply or deflects, even after I nudge a few times, then I’ve discovered an unspoken boundary.

When you attempt to deepen a relationship by asking for help, you may quickly learn the other person’s limits. At least you gave him or her a chance and now you know.

Takeaway: Think of what you can ask for from others. Try asking someone you want to have a deeper relationship with.

I hate small talk, especially if the conversation never moves beyond it.

If you like small talk, and it works for you, you might want to skip this tip.

Lately, I’ve been thinking about class-based assumptions (I’ve done a lot of research on assumptions). A meeting I planned to attend was canceled at the last minute. I decided to email the other person who I knew was attending. I asked to connect by phone so we could use the time we had already set aside. He sent me his number and I called him. After about five minutes, I decided to cut off the small talk and take a risk. I asked him how he would feel talking about his class background. As a result, we got into a deep conversation on a topic that he told me he hadn’t really talked about before, and we did become closer.

I tried the same question on another acquaintance a few months earlier. Once she realized I was asking her what she personally thought about class, she mumbled an answer and then told me she had to get off the phone to deal with an emergency. I suspect she thought I was rude.

In both cases, I took a risk with an acquaintance. Deepening one out of two relationships is pretty good odds. It was worthwhile to test my limits.

Takeaway: Try skipping the small talk and ask something that’s mildly overpersonal and see how the other person responds.

You’ve probably heard people say, “I’ll have to have you over some time.” You may have even said it yourself.

Consider inviting yourself as a way to take someone up on their explicit or implicit offer.

The other day, I decided to invite myself to a friend’s house. Once when we were at an Indian restaurant, he mentioned he makes good paneer and casually said I should come over sometime to try it out. So, I text messaged him, “My boyfriend and I would love to come over for that homemade paneer you mentioned.” He immediately asked me when I was free and set a date. We ended up having a great three-hour conversation, and he said we should get together again.

When you invite yourself, it signals, “I believe your offer was sincere, and I want to spend time with you.” It’s a bold move, some might even say rude. I’ve done this with people who have offered and even those who haven’t. For example, I asked a friend who I know often hosts friends and family from out of state if I could have a “staycation” with her for a few nights. She agreed and we talked late into the night about many things we usually can’t squeeze into our regular phone calls. She offered to host again.

If you invite yourself and the person hesitates or deflects your invitation, you might realize it was just a polite but superficial offer to begin with. You can gently retract by not pushing the issue further.

Takeaway: Think about someone who has offered hospitality to you that you genuinely want to get to know better. Try inviting yourself over.

What some people consider rude, I see as taking a risk. And if someone really wants to reciprocate and deepen a relationship with you, he or she will recognize your effort.

So, risk getting rude. Let me know how it goes.

You can read this and other essays by subscribing to Julie Pham’s Substack account.