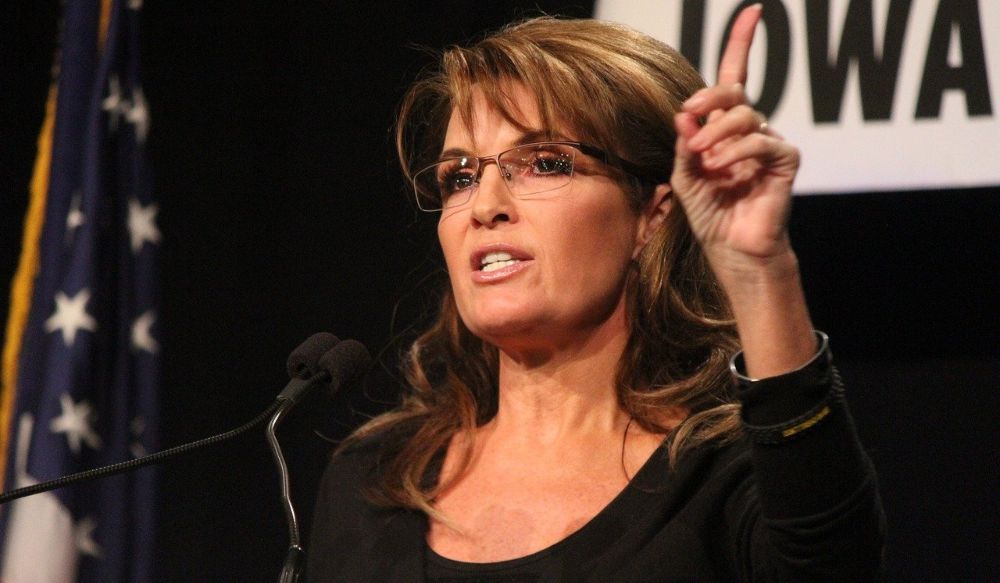 Fifty-one candidates, including 2008 Republican nominee for vice president Sarah Palin, have filed in what will be a crowded ballot and free-for-all June primary special election to fill remaining months of the term of Alaska’s late GOP U.S. Rep. Don Young, who died last month.

The death of Young, in office nearly 49 years, has proven the political equivalent of Alaska’s spring ice breakup. It has burst open the long-held ambitions of hardy perennials in state politics, native leaders, state legislators, and even a North Pole city council member who had his name legally changed to Santa Claus.

Palin has been out of office for 13 years, since resigning as Governor in mid-2009 to reap rewards of her celebrityhood.  She hit the lecture circuit, was hired for a Fox News gig, and went to work with a ghost writer on her memoir Going Rogue. She took home an estimated $23 million the first year and shot a caribou on-air as part of a cable TV show “Sarah Palin’s Alaska.” She has faded of late, but still entertains the militant right at the Conservative Political Action Conference.

Looking at the field, you can map a history of 49th state politics.  In 1972, Don Young challenged Democratic Rep. Nick Begich, who disappeared on an Anchorage to Juneau airplane flight. The deceased Begich still garnered more votes in November. Young came back to defeat Alaska native leader Emil Notti in a special election.

Notti, 89, an architect of the 1971 Alaska Native Claims Settlement Act and the first president of the Alaska Federation of Natives, has filed for the special election. “I’m not looking for a long career so it wasn’t really a hard decision,” he told the Anchorage Daily News.

Nick Begich III, the Republican grandson of the late Democratic congressman, was already mounting a challenge to Young. “I’ve been in the race for five months and we’ve raised more than any other candidate by a factor of five,” he told Alaska Public Media.

Before Young’s death, on a Los Angeles-to-Juneau airplane flight, his reelection campaign was chaired by State Sen. Josh Revak, R-Anchorage, and Tara Sweeney, a former Trump official at the U.S. Interior Department and executive with the Arctic Slope Regional Corp. Two weeks later, Revak and Sweeney are running against each other.

An orthopedic surgeon and fisherman, Al Gross, ran as an independent against Republican U.S. Sen Dan Sullivan in 2020, with backing from Democrats.  He spent millions of dollars getting known but lost. He is now tapping that recognition in hopes of succeeding Young.

A lawyer named Jeff Lowenfels has for years written a perceptive, funny gardening column for the Anchorage Daily News.  The columns have taken a serious turn, as Lowenfels chronicled climate change, the appearance of plant species moving north, and what is being displaced.  The Arctic is warming faster than any place on the planet, a fact that Don Young refused to recognize.  Lowenfels is out to win his seat.

“Santa Claus” used to be named Thomas O’Connor, and in both beard and campaign themes he is living up to his new name.  “I’m an independent, progressive democratic socialist with an affinity for Bernie Sanders and aim to represent ALL Alaskans,” he Tweeted.

In winning election as Governor in 2006, Palin bested a fellow Republican, a state legislator named Andrew Halcro, in the primary.  They’re facing off again in the race for Congress.  “’Glad we’re getting the team back together,” he told the Daily News.

Palin once registered in polls as America’s most popular governor.  She made an impact in 2008, stirring the Republican Party’s hard-right base and serving as sort of a John the Baptist for Donald Trump’s arrival in 2016. She endorsed Trump in the Iowa presidential caucuses, delivering a rambling speech where Palin talked mainly about herself.  Not a safe job application strategy with Trump: Palin received no appointment in his administration.

Surveys show Palin has lost a great deal of her popularity.  The Palin family engaged in a drunken brawl outside a 2014 Labor Day party near Anchorage. The troubles of her children have been in the news, and she and “First Dude” Todd Palin divorced in 2020.

“As I’ve watched the far left destroy this country, I knew I had to step in and join the fight,” Palin said in announcing for Congress. She has picked up one big-name blessing from out of state. “Excited the see Sarah Palin get back into the fight to take our country back: We need her voice in Congress,” Tweeted Nikki Haley, former South Carolina Governor, United Nations ambassador, and prospective 2024 Republican presidential candidate. (Palin endorsed Haley for Governor in 2010.)

Alaska is getting ready for three elections this year, using an entirely new system of voting.  It has thrown out party primaries, instead listing all candidates on the ballot.  The top four vote getters move on to the November election, where voters will rank their preferences. The special House election will be mail-in with ballots due on June 11. Ballots will be counted on June 26. The winner to fill remaining months of Young’s term will be selected in the August 16 primary for the state’s other offices.

In turn, Alaskans will pick a permanent successor to Young in the November election. Many candidates in the special election are also planning to run for the full two-year term.

A national political feud is playing out as well.  Sen. Lisa Murkowski, R-Alaska, was one of seven Republican senators who voted to convict President Trump at his second impeachment trial. She is the only pro-impeachment GOP senator running for reelection this year. Trump has endorsed a Republican challenger, Kelly Tshibaka, and has vowed to come to Alaska and campaign against Murkowski.  Palin endorsed Murkowski’s Tea Party opponent in the 2010 U.S. Senate election.