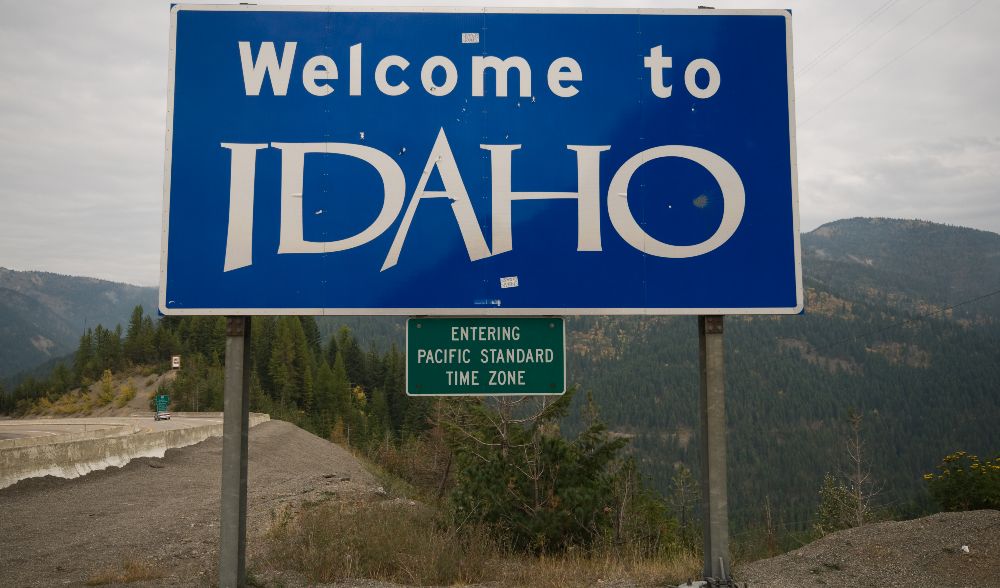 Hike to waterfalls. Savor local cuisine. Explore wild forests. Paddle the best whitewater in the country. You can do all this in Idaho, and for those of us who live in neighboring Washington state, it’s all just a drive or a short flight away. The capital of Boise, with its network of bike paths, brew pubs and unique Basque heritage and food, has been on my list from before the pandemic.

So why am I not writing about the five best reasons to visit a state that has so much to offer? Sadly, I’ve come up instead with five reasons why NOT to spend a vacation in Idaho, or for that matter, Florida, Arizona, or Texas. All share efforts by state legislators to push for new laws criminalizing what many of us consider our rights as American citizens and measures to protect our health and the health of others.

Not all Idaho residents or business owners support a recent string of extreme actions by Republican lawmakers, but enough voters do to get these legislators reelected. Consider too the lack of response when Idaho’s Lieut. Gov. Janice McGeachin spoke recently at the white nationalist America First Political Action conference. “Unfortunately, Idaho’s business organizations have been largely silent,” wrote Tara Malek, a former Kootenai County prosecutor and the co-owner of Smith + Malek law firm, in the Idaho Capital Sun. Malek sees the rise of extremist ideology turned-into-law as a “threat to business, industry and economic opportunity in our state.”

She’s right. If we believe in voting with our feet, we won’t leave any footprints in Idaho this year. Here are five reasons why:

No. 1: Idaho Gov. Brad Little this week signed into law legislation that would ban abortions after six weeks of pregnancy, and allow potential family members to sue a doctor who performs them after cardiac activity is detected in an embryo. This Texas copy-cat law was passed by both houses.

The law allows the father, grandparents, siblings, aunts and uncles of a “preborn child” to each sue an abortion provider for a minimum of $20,000 in damages within four years after the abortion. Rapists can’t file a lawsuit under the law, but a rapist’s relatives could. The law is scheduled to take effect 30 days after the signing although court challenges are expected.

No. 2: A bill passed by the Idaho House would make it a crime for most employers to require a coronavirus vaccine or make an employee disclose their vaccination status. If passed into law, it would become a misdemeanor for employers to refuse to hire or to fire someone for not being vaccinated for a coronavirus or any vaccine made available under an emergency use authorization. It would also become illegal to refuse to hire or to fire an employee for refusing to disclose their vaccination status. Each violation of the bill would be punishable by a fine of up to $1,000.

This comes in a state with one of the lowest vaccination rates in the country and whose hospitals not long ago were so overwhelmed with Covid cases that they had to offload patients to health care facilities in Utah, Washington, and other states.

No. 3: In killing a bill that would have made gender-affirming care a felony, Senate Republicans said they “strongly” oppose “any and all gender reassignment and surgical manipulation of the natural sex” on minors. They pulled the plug because they agreed that the legislation “undermines” a parent’s right to make medical decisions for their children,” but it passed the House by a nearly party-line vote that would have made it a felony — punishable by up to life in prison — to provide minors with hormones, puberty blockers, or gender-affirming surgery.

No. 4: Idaho librarians would face jail time for lending “harmful” books if some house lawmakers got their way. The proposed bill appears dead in the Senate, but passed 51-14 in the House. Its Republican sponsor claimed it was a necessary way to protect  children from what she claims are obscene and pornographic books in libraries across the state.

No. 5: Idaho has some of the nation’s most liberal gun laws. Residents do not need a permit to open-carry. That goes for state parks, restaurants, bars, and other places tourists might go. Tell me how hiking near or being seated in a restaurant next to a stranger packing a gun is supposed to make me feel safe.

Could things change? I think so. I’d like to make that trip to Boise and beyond. Just not right now.