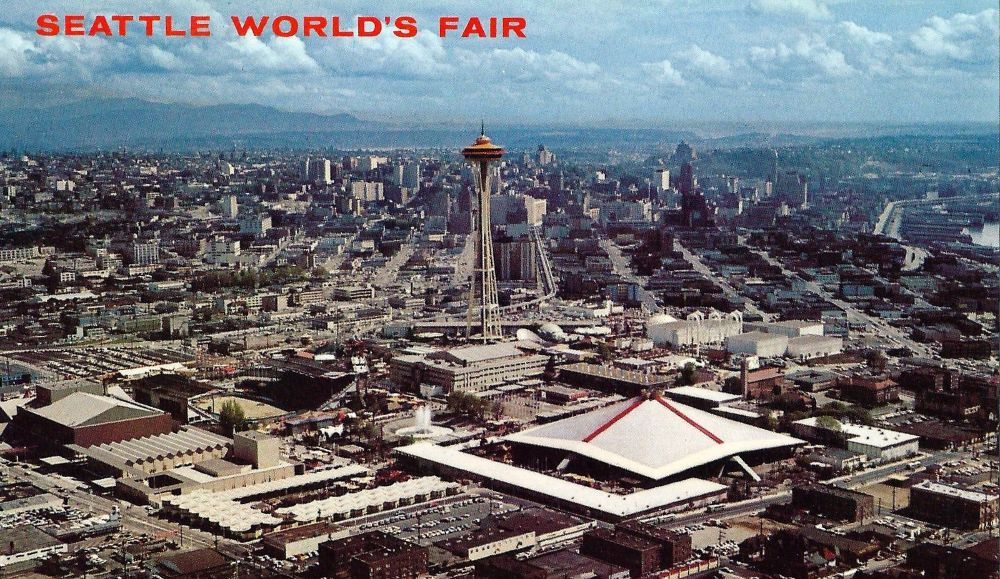 Eddie Carlson, Master of the Business Establishment and Sparkplug of the ‘Seattle Spirit’

Seattle’s Lincoln High School yearbook called him a “pint of dynamite.”  Son of a broken marriage, young Edward Carlson (1911-90) moved from family member to family member.  In high school, when not leading the yell team, he pumped gas, ran an elevator in the Benjamin Franklin Hotel, shipped to the Orient as an able-bodied seaman aboard the President Lincoln, and hit the road futilely drumming up business for a hat-blocking machine.

Carlson’s rise to prominence was a combination of native intelligence, an enthusiastic demeanor, very hard work, and a willingness to do a dozen things at one time.  Carlson personified what several observers and historians called the “Seattle Spirit,” a term that became known after the city’s reaction and revival from 1890s gold rushes and the Great Seattle Fire.

In the 1950s, Seattle was the main port of entry for returning troops from the Korean conflict.  Boeing and the shipyards were on a fast Cold War track.  Suburban living had become an exciting and affordable option to families, many of them moving here from faraway places as Boeing and the University of Washington dramatically expanded.

Major local political and economic decisions were being made by “downtown” business interests, a coherent and boosterish Establishment. (It helped that Carlson was manager of the exclusive Rainier Club, 1937-42.) Mundane city affairs were supervised by the tax-averse City Council, dubbed a “crusty, musty” body once reformers arrived on the scene in the late 1960s.

Seattle had arrived as a national and international city, so the next step was an idea to “celebrate” the city’s new status.  In 1955 that notion was put in the form of a Seattle City Council Memorial asking the state Legislature to explore a “World’s Fair and Exposition” originally to commemorate the 50th anniversary of the successful 1909 Alaska-Yukon-Pacific Exposition and later given its futuristic theme of Century 21.  The Legislature approved the idea and a World’s Fair Commission was formed.  Gov. Arthur B. Langlie appointed his fraternity brother Eddie Carlson as Commission chair.

Carlson’s energy and ability to get people to work together (learned in the challenging hotel business) and his famous 7 am breakfasts at the Olympic Hotel kept matters moving forward and tapped notable civic talent. The non-profit corporation Century 21 Exposition, Inc. was formed in 1957 with Carlson as president.

In 1960, Carlson headed the burgeoning Western International Hotel operations.  While on a visit to Germany, Carlson sent home a sketch of a revolving tower restaurant in Stuttgart.  That scribble, in the hands of architects John Graham, Jr. and Victor Steinbreuck, would become Seattle’s iconic Space Needle.

The 1970 merger of Western International Hotels and United Air Lines caused Eddie and his wife Nell to adapt their lives to both Seattle and Chicago residences. Eddie Carlson eventually rose to the position of CEO for UAL Inc., where he was able to turn around the nearly-bankrupt United Airlines. He worked 12-hour days, seven days a week, and was known for cordial relations with company employees.

By the time that Carlson moved to Chicago in 1970, the 1962 Seattle World’s Fair had helped to spark an economic boom, both at Boeing and throughout the state.  Eddie Carlson’s presence touched virtually every facet of those years, and he eventually became a regent at the University of Washington, a school that family finances forced him to leave before graduating. Their daughter Jane Carlson Williams was a prominent leader at Lakeside School and the Seattle Foundation, and son Gene became a Wall Street Journal reporter who returned to Seattle and helped guide the start of Crosscut.com.

In 1986, a few years before he died in 1990, Eddie Carlson wrote a love letter to his family and to Seattle in the form of a memoir modestly titled Recollections of a Lucky Fellow.

The “pint of dynamite” was no longer igniting civic progress, but echoes of Carlson’s long and varied schemes kept the “Seattle Spirit” very much alive.

Junius Rochester
Junius Rochester, whose family has shaped the city for many generations, is an award-winning Northwest historian and author of numerous books about Seattle and other places.
Previous article
Book Bans are on the rise. Why Now?
Next article
Dentistry, Italian Style