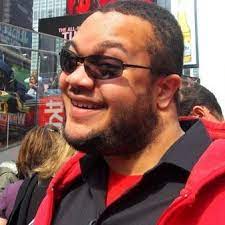 New Hires at The Seattle Times, and a Messy Firing of a Kraken Reporter

The Seattle Times appears to be rebounding and hiring new reporters, and there is encouraging new talent in arts reporting. One new hire in sports, however, is turning into a messy newsroom controversy after the writer was fired just before her probation period was to expire. Firings at The Times are quite rare, and the episode has inspired a newsroom petition asking for explanations, with 70-plus signers.

As for the arts hires, Jerald Pierce has been hired starting Feb. 1, replacing Brendan Kiley, who has moved to a new role with Pacific Northwest magazine. Pierce has a Bachelor of Fine Arts (BFA) focused in acting from Ohio University and a Masters degree from the Goldring Arts Journalism program at Syracuse University. He has been an arts writer for the Chicago Tribune and associate editor at American Theatre Magazine. The additional arts reporter is Grace Gorenflo, who will focus on arts organizations as they emerge from the pandemic.  This position, funded by a grant, commenced on February 1; Gorenflo has been a news assistant at The New York Times and earlier worked as a staff writer in Nebraska. Neither is a high-level hire, as one would expect in replacing Brendan Kiley, an excellent and deeply experienced arts reporter.

The Kraken coverage controversy arose when the paper fired a new sports writer, Marisa Ingemi, who had been hired from Boston as a hockey reporter, seemingly did good work, and was dismissed just before the end of her six-month probation period, during which new hires may be dismissed without cause or with union protection. The Times confirmed that Ingemi “had left the paper,” but deflected questions about the dismissal. Ingemi declined to speak on the record.

“The Defector,” a sport blog, took up the story and raised questions — as have newsroom supporters in their petition and the Newspaper Guild — about the protocol of the apparently surprise dismissal. Ingemi had earlier sent out this Tweet: “On Jan. 28, I was fired by The Seattle Times without warning. I’m shocked and disappointed and wish I had more answers. I have much more to say and hopefully will be back writing soon.”

The Times’ top editors declined to respond to questions, and I was unable to get a response from the newsroom union, which apparently wants to raise questions about such probationary periods at the next contract bargaining. Might the dismissal indicate a backing away from Kraken coverage? Apparently not, since Ingemi’s position as a second reporter covering the Kraken will be filled, the paper says, and an ad has been posted.

Another important opening at the Seattle daily: a new business editor. Sources at the paper worry about the Times’ ability to pay competitive salaries for these new national hires; the business editor position, a key one for the paper, lists a salary at $90,000 and up. Comparable section editors at major city dailies would make $200,000 or more, and Seattle has a very high cost of living.

The Times, which used to hire mostly from regional papers or within, is now taking advantage of the strong national market for journalists and hiring journalists with experience in bigger cities, even though these new arts hires are both new to the city and at the early stages of their careers. Another trend, reflecting Managing Editor Lynn Jacobson’s past experience as an arts editor, is building up arts coverage by adding a new position. That said, the paper has mostly shed its arts critics in the past decade to save on salary costs and it is losing the highly respected Brendan Kiley, formerly a theater critic at The Stranger, from the arts beat. Maybe a sideways step?