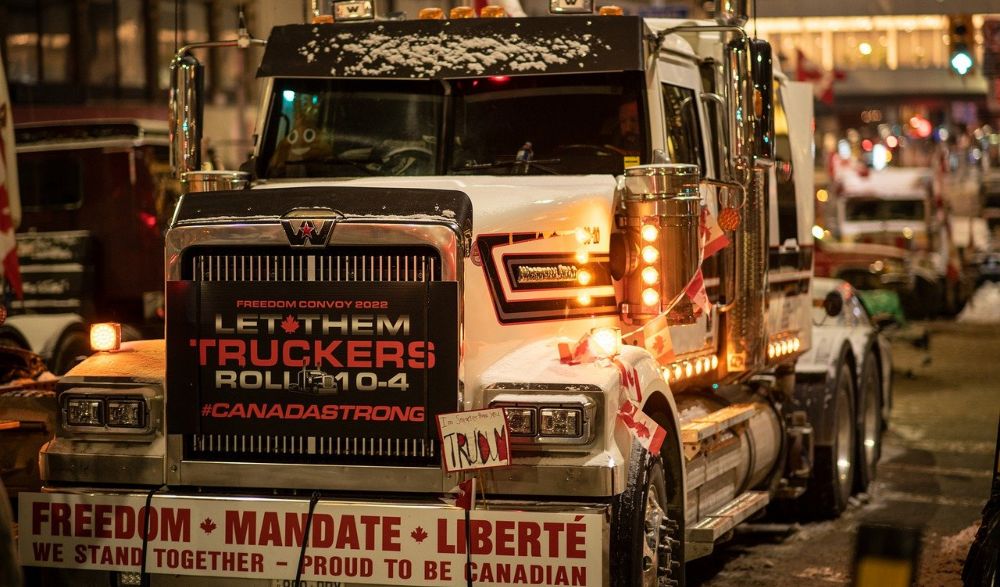 BC Premier: Let’s “Get Back to Things We Love” as Province Relaxes COVID Rules

British Columbia is dropping its sweeping COVID-19 restrictions on indoor and outdoor gatherings across the province, letting restaurants operate at full capacity and the Vancouver Canucks welcome a full house. But it is keeping indoor mask mandates and required display of B.C. vaccine cards for at least a month.

On Tuesday, the Canadian government also stepped down border crossing requirements for those coming into the country. As of February 28, a negative PCR test taken within 72 hours will no longer be required for entry. Instead, visitors will be allowed to substitute quicker antigen tests taken within a day before arrival. Visitors will still need to show proof of full vaccination status, and will not be allowed to use the quick home antigen tests. Those tests will still have to be administered by a medical facility. Some visitors will also be pulled aside at border crossings for random testing.

Relaxation of the PCR testing will be welcome news to businesses along the border, though until the test requirements are gone altogether, cross-border car traffic — which has been very light since partially reopening last September — is likely to remain depressed. Monday, there were only eleven cars and a handful of passengers on the 2PM Port Angeles Coho ferry run to Victoria.

In easing BC’s rules, B.C. Premier John Horgan made no concessions to the “Freedom Convoys” which have occupied downtown Ottawa, and blocked Pacific Highway South at the BC/US border.  He credited the relaxation in restrictions to a province whose citizens “cared for each other” and where more than 90 percent have gotten themselves vaccinated.

“By following public health orders and advice, we can do just about anything,” Horgan told a briefing.  “These measures that have been in place to deal with the Omicron wave have been challenging for many.” The result will be to “get back to things we love,” added Horgan, who briefed 150 business leaders earlier Tuesday.  Indoor events can operate at full capacity, patrons at clubs can hit the dance floor, limits have been removed on the size of such indoor gatherings as weddings, and gyms can reopen at full capacity.

The mask and vaccination card requirements will be reviewed by March 15, and again – if still in place – in April.  Several American states, including Oregon and California, are in the process of lifting mask requirements.  In Canada, the provinces of Alberta and Ontario are moving to lift requirements for proof of vaccinations.

British Columbia is not ready to move that far – yet. Said B.C. Health Minister Adrian Dix, “the B.C. vaccine card is a key piece of keeping people safe. It has been a hugely successful tool and continues to be a useful tool.  You are always reflecting because you want to put in the least restrictive actions possible to insure the maximum is done while protecting people.”

Canada has been hit by three weeks of often-disorderly protests and border crossing blockades, demanding removal of COVID-19 restrictions and even replacement of the recently reelected government of Prime Minister Justin Trudeau. The situation became ugly at a Coutts, Alberta, border crossing on Monday, as Royal Canadian Mounted Police made 13 arrests and confiscated a cache of 13 long guns, handguns, body armor, and high capacity magazines. The arsenal was described by the R.C.M.P. as showing a “willingness to use force against the police.”

The blocking of Pacific Highway South – the main commercial crossing into Blaine – has seen some belligerent driving.  But the highway was reopened on Tuesday.  Earlier, Ontario Provincial Police cleared the Ambassador Bridge between Windsor and Detroit, which carries one-fourth of all commercial traffic between Canada and the U.S. The blockade threatened to idle auto workers on both sides of the border.

Trudeau has evoked the Emergencies Act, giving him additional powers to deal with a three-week occupation of downtown Ottawa which began as a truckers protest, but has embraced a variety of right-wing protest groups.

British Columbia is governed by the left-leaning New Democratic Party. It is allied with organized labor and no stranger to picket lines and demonstrations.  (One leather-lunged NDP lawmaker was famous for decrying management during strikes by thundering: “The hogs are at the trough.”)

But the Horgan government has moved aggressively to limit the COVID-19 pandemic, even for a time imposing travel restrictions within British Columbia. Vancouver Mayor Kennedy Stewart has described protesters’ “Freedom Convoys” as “hate convoys.” Horgan, more restrained, said last week:  “I absolutely understand the right of people to dissent to public policy. I come from a party of dissent.  I don’t recall at any time participating in anything that involved threats and intimidation to other citizens.”

Joel Connelly
I worked for Seattle Post-Intelligencer from 1973 until it ceased print publication in 2009, and SeattlePI.com from 2009 to 6/30/2020. During that time, I wrote about 9 presidential races, 11 Canadian and British Columbia elections‎, four doomed WPPSS nuclear plants, six Washington wilderness battles, creation of two national Monuments (Hanford Reach and San Juan Islands), a 104 million acre Alaska Lands Act, plus the Columbia Gorge National Scenic Area.
Previous article
Harrell to Council: Your Path to Win-Win
Next article
Crime is Up 24 Percent in Seattle. So What’s the Plan?