Africa’s Rooftop — and Its Endless Plains

In early December, I found myself walking off a Boeing 737 into the humid but temperate air of Tanzania in eastern, sub-Saharan Africa. I had traveled there to climb Mount Kilimanjaro. After spending most mornings this past summer and fall sculling on Lake Union, my legs were certainly fit for it. In the end, the climb felt like a long, strenuous walk. The summit (19,341 feet) is, after all, one of the highest points on the planet that one can reach without alpine climbing gear and ropes.

The Masai people native to the Great Rift Valley running through parts of Kenya and Tanzania, where “Kili” is located, call the mountain’s highest summit “Ngaje Ngai,” the House of God. After completing the ascent, standing on the summit with ice forming on my glasses and heavy snow falling all around me, making it impossible to see much of anything, I can’t claim to have been moved by a deity or to have felt any closer to the supernatural. Perhaps I was too tired, or the air too thin. Though later I did wonder how many more people would be lucky enough to see the summit before the glacier that gives the mountain its famous snowcap melts for good.

In this era of collapsing biodiversity and global warming, the best place in Tanzania to find inspiration and perhaps even have a religious experience is not, oddly, in the alpine desert at the summit of Africa’s highest peak. It can be found closer to sea level and reached without trekking a great distance on foot.

I was far more moved by the Serengeti National Park than by Kilimanjaro. Serengeti, Swahili for “endless plain,” certainly lives up to its name. Vast stretches of land extend as far as the eye can see, the plains dotted with slender acacia trees and heavy “tors” – freestanding rocks that give shelter and shade to prides of lions.

The park also provides a site for one of the last large-mammal migrations anywhere. That’s because the park is home to the wildebeest. A type of antelope that looks like it was designed by committee, with a long flat face, horns, and a heavy body on long thin legs, the wildebeest is one of Serengeti’s prime attractions. And there are many of them in the park — not just a few thousand or even a few hundred thousand; the 5,700-square-mile park is home to 1.4 million of these creatures.

Scientists estimate that wildebeests have been grazing on these plains for more than a million years. And every year, once between December and March and again sometime between May and November, the herds move together across the park. Back and forth, they travel 2,000 miles by adhering to a rhythm hard-wired in their DNA and relying on crucial knowledge of rainfall patterns passed from one generation to the next. It’s an arduous trek, one that claims the lives of around 200,000 wildebeests each year.  Their journey is one of nature’s remaining wonders. It provides a window into the past by showing what natural abundance really looks like. How many other areas across the planet hosted this kind of spectacle over the course of history?

I’ve hiked in some of America’s most beautiful places and been close — sometimes too close for comfort — to some incredible wildlife. After seeing bears and bison in Yellowstone, moose in the Grand Tetons, and bighorn sheep in the Wind Rivers, I thought I knew what wilderness looked like. But East Africa completely redefined that concept for me. It helped me understand why biodiversity isn’t just a function of preserving species, but of preserving large populations of roving animals and their habitats.

From caribou in Alaska to monarch butterflies in California, there’s plenty of evidence close to home that migrations and gatherings of animals in large numbers are rapidly dwindling. Even if the animals themselves are not yet blinking out of existence, the collapse in numbers results in marked changes in their behavior.

These changes represent an incalculable loss because it’s impossible to quantify exactly what we’re taking from future generations. When it comes to protecting the environment, most people seem blithely unaware of what we’ve lost, and of what we are still losing. Without that knowledge and without a call to action that nature can itself inspire, who would fight to bring it back? There are simple solutions available to us. Protecting more land and bodies of water from the effects of industry, agriculture, and recreation is one way to start. Essentially, we need more wildlife refuges with adequate space for big animals, including the kind that farmers and ranchers don’t like: predators such as wolves and bears.

But the hard truth is that even the few places we have already protected remain under threat. To take just one example here in the United States, Republican presidents have continually tried to open more and more of Alaska’s national wildlife refuges to oil drilling.  Meanwhile, back in Africa, the Tanzanian government is mulling a plan to pave a road through the Serengeti. You don’t need to summit Mount Kilimanjaro to understand the harm that would cause. 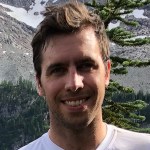 Jim Mumford
Jim Mumford has worked in state and national political campaigns for the last several years, most recently on Governor Jay Inslee's presidential run, and his 2020 re-election campaign here in Washington.
Previous article
Wanted: A Better Strategy to Defend Democracy
Next article
US, NATO and Russia Spar as Crisis over Ukraine Mounts