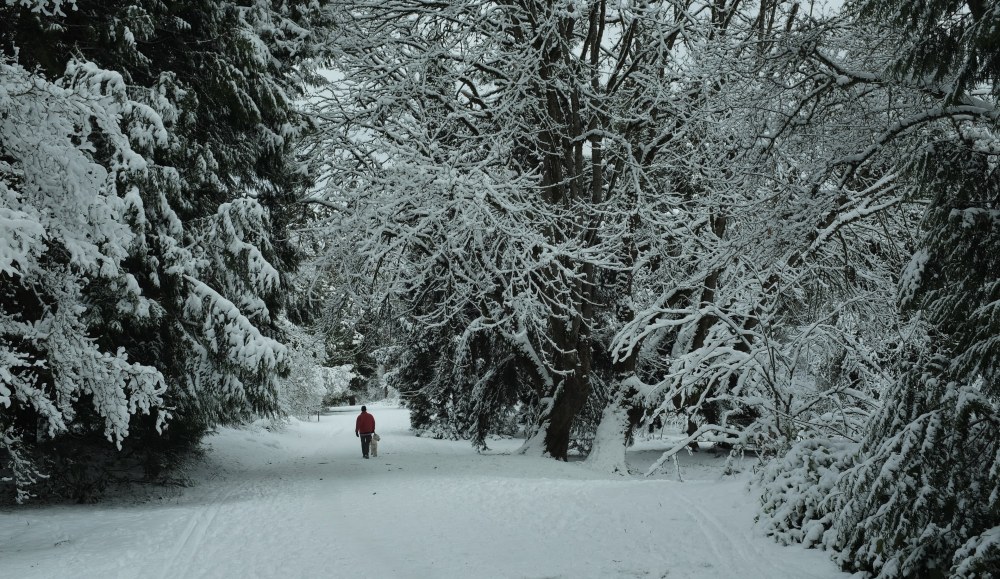 After the Year that we got through, We’re anxious and happy to see ’22

The past –so Faulkner said — is not;
we may be stuck with what we’ve got

but one can’t hide beneath a rock,
time marches on, so let’s take stock
of how we all have wound up here
and what we may expect next year.

It didn’t work (at least not then;
they may, of course, still try again.)

Trump’s men subpoenas do not heed.
No consequence is guaranteed:
Will any of them have to pay
or can they all just walk away?
How many of us really think
we’ll see Mark Meadows in the clink?

Trump’s toadies are all apt to stall
in hopes that voters in the fall
deliver to the GOP
a brand-new House majority.
(Contempt of Congress? That’s bad form.
Contempt for Congress? That’s the norm.)

But Trump left town – without much grace –
and we have Biden in his place,
and while some think that things are bad
the economic stats we’ve had
make clear, as far as one can tell,
the country’s doing pretty well.

But even so, it’s safe to say
not everything has gone his way:
the flight from Kabul was a mess;
the optics spelled out cluelessness:
the airport panic was insane,
and that guy falling from a plane . . .

We knew that once we went away
the Talibs would be back to stay
with women’s prospects very sad —
but it made Joe look pretty bad.

That economics stuff is dense;
a lot of it makes little sense,
and yet we know when prices rise –
we see it right before our eyes.
We’re down on fossil fuels, although
we want that gas price to stay low.

And no one’s apt to celebrate
when Powell jacks the interest rate.
Here ignorance would not be bliss:
a Prez gets blamed for stuff like this
and if inflation stays this high,
the Dems can kiss the House goodbye.

By millions, folks have left their jobs —
and no, they’re not all lazy slobs –
but some, or so it seems, would say
they’re tired of work with crappy pay.

Willl things continue on this track?
Are unions really coming back?
If workers now seem hard to find,
just treat them better — they won’t mind.

Said Manchin Joe to Biden Joe
my answer’s definitely no
So BBB looks DOA –
though soon it may not look that way.

It’s possible in months ahead
the legislation is undead
some portion of it soon restored
if others get tossed overboard.

Alas, the parts most apt to drown
are those that might hold carbon down.
More windmills aren’t a pressing goal
for someone who’s grown rich on coal.
Though he’s not up in ‘22,
he doesn’t want to look too blue –
for now, we know, Joe Biden sees
him as the guy he has to please.

No genius was required to know
this Court was not a fan of Roe
(as Brett and Amy, Gorsuch too
just do what they were hired to do),
but who’d foreseen Supremes inclined
to make it clear they didn’t mind
when states passed laws so clearly meant
to blow off SCOTUS precedent?

That wacko walking down the street?
Don’t say a thing; he’s packing heat
which SCOTUS may soon deem OK —
the Founders wanted it that way.
Of course, of course, that’s what they meant;
you know, “original intent.”

Just picture them, in ones and twos,
those white-wigged guys in buckled shoes.
embarking on their walks or rides
with Glocks and Uzis at their sides.

By now, so many folks are vaxxed
you might think we’d be more relaxed,
but on-line learning’s back in style
(we hope for just a little while).

We thought pandemic time was done
but Delta came and spoiled our fun;
the masks, alas, have come back on –
and now – good grief – there’s Omicron.

If Omicron decides to stay,
and Covid boosters fade away,
the coming year may hold in store
your vaccination number four.

(Now “back to normal’s” a mirage
go store it out in your garage
we know by now we’re not done yet;
this may be normal as we’ll get.)

Some dine indoors, although they’re asked
for proof they’ve had their shots and masked
while others, well, they’d rather die
(which may just happen, by and by).

No shots for them, no chance, no way;
just hope horse wormer saves the day.

Just 50 years ago next June
beneath a clouded D.C. moon,
the Nixon plumbers stayed up late
to break into the Watergate.
Alas the Prez’s famous crime
did not get widely-known in time:

Dick, before the facts were out,
won re-election in a rout.)

And 60 years ago – a snap –
the World’s Fair put us on the map
when Elvis came and LBJ
(but not John F.; no one would say
that he had other things to do:
a missile crisis, then brand-new).

They left the Center — pretty nice —
(where Kraken’s now served up on ice).
The Needle still points to the sky.
The Monorail still whizzes by.

This summer’s weather seemed just fine —
until the temp hit one-oh-nine.
Will next year get that hot again?
Should we look forward to one-ten?

As we have lately come to know,
the atmospheric rivers flow
submerging Whatcom and B.C.
refilling lakes that used to be.
Should we expect this every year?

For safety’s sake, assume for now
one needs flotation for one’s cow.

The infrastructure bill has passed —
some bridges may get fixed at last
which, by the way, these days is kind
of weighting West Seattle’s mind.

Mid-summer’s the completion date
(though it could be a little late);
until it happens, get in line
to drive back north on 509
(and wave at those Tukwilans who
have had bridge problems, just like you.)

They’re building offices, one reads,
for working space that no one needs;
Big cranes don’t seem endangered yet;
But will they be? You wanna bet?

So Bruce is in, Lorena’s not,
and Ann is in Pete Holmes’ old spot —
it looks like a pragmatic juke
although it may have been a fluke.

Is public safety on folks’ minds?
has laissez faire for tents declined?
Bruce Harrell’s vote sure looked that way;
Kshama’s made it hard to say.

And even though the voters went
for folks with more pragmatic bent
the council holds the credit card,
which may make changes rather hard.

Coach Rolovich was not, we saw,
entirely above the law
(“religious” reasons seem to mean
one’s joined the church of no vaccine).

Administrators at Wazoo
cut loose a football coach or two.
(It actually was more like five.)
The football team? it seemed to thrive —
a good deal more than some can say.

The Seahawks’ season went astray.
They seldom looked especially good,
which many watchers figure should
make clear the fat times of ’13
have long been followed by the lean.

Their time to win just isn’t now;
Pete’s getting older, anyhow,
this year with much less up than down
means one-way tickets out of town.

Will Bezos and his pals still race
to show that rich guys can do space,
to float, perhaps, among the stars
or ship themselves — next day — to Mars?

(That new glow in the evening sky?
Just giant egos drifting by.)

As usual, let’s hope orcas thrive
at very least that they survive,
(and maybe for their future sake,
we’ll re-think dams along the Snake.)

And now and then, let’s skip the news,
and focus on some tastes and views
that keep the noise out for a while
and give us an excuse to smile:

See water paintings soon at SAM,
in summer, pick some fruit for jam,
go taste a mango (once it’s peeled),
and watch the Reign at Lumen Field.

Perhaps go take a drive to see
the undammed Elwha flowing free,
or hear the wings as snow geese fly,
see murmurations in the sky.

Find salmon splashing up a stream,
a piece of pie with hand-whipped cream,
a good dog waiting for a treat
(you’d think it seldom got to eat),
a kitten creeping stealthily
toward something only she can see.

Catch summer blooms in Berkeley Park,
the Perseids, long after dark,
the taste of peas just picked from vines
the pungent smell of sun-warmed pines.

Find apples under some old tree
that feed the deer — and you — for free;
and thank somebody, long ago,
who planted it and helped it grow.

And raise a glass — or cup, or stein —
it could be Walla Walla wine
or coffee (cream might get your vote
or something made with soy or oat),
champagne, or maybe microbrew
to luck for all in ’22.