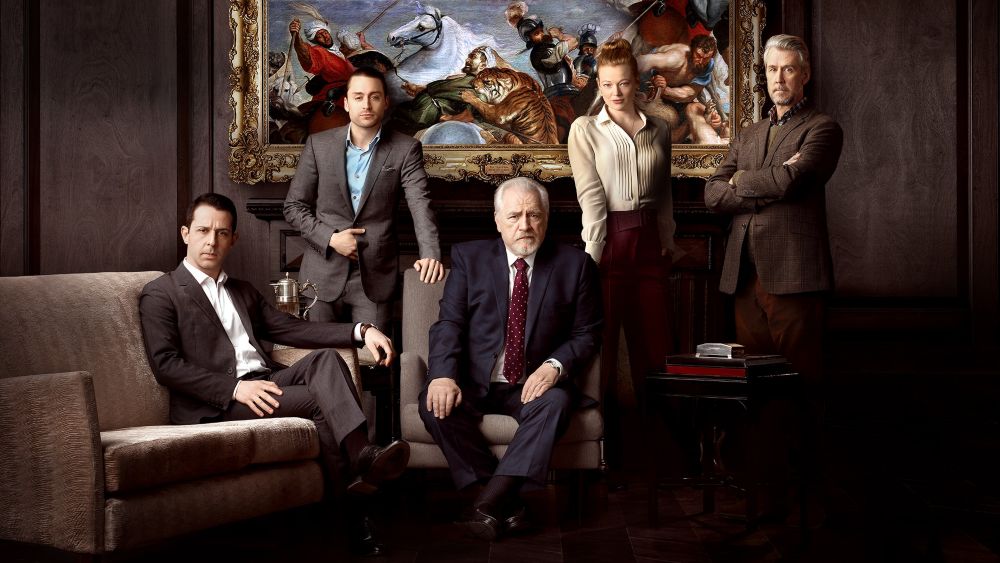 Me and Kshama: Our Mad Love For “Succession”

Confession, they say, is good for the soul. And here’s my year-end confession: I’m an addict, perversely attracted to episodes of “Succession,” the HBO series devoted to the machinations of Logan Roy, a fictional media mogul and his scheming children, his wives, relatives, and enablers.

The series premiered June 3, 2018, and had a successful second season in 2019 before it shut down for the pandemic, only to resume in 2021. It’s a dark comedy, a parody filled with rich, powerful and calculating characters, locked in epic battles with one another.

British co-writer Jesse Armstrong claims “Succession” is not based on Rupert Murdoch’s media empire, but the plot – focused on an 80-year-old mogul and the unsettled question of who will inherit command of the global empire — sounds suspiciously like the Murdochs. Armstrong, who previously authored the irreverent BBC series “In the Thick of It,” likely owes a debt to other family dynasties: the Hearsts, the Redstones, and the Mercers who founded Breitbart News.

I’m scarcely the only Seattleite addicted to episodes of the well-written and brilliantly-cast satire. But I must say I was gobsmacked to discover the identity of another local fan: Seattle Councilmember Kshama Sawant.

Sawant recently survived a recall election by a bare 310 votes out of the 41,000 cast in District 3.  She belongs to the Socialist Alternative Party, a party that makes Bernie Sanders look like a conservative. The councilmember is an avowed Marxist, closer to Trotsky than Lenin. She damns both the Republican and Democratic parties, as well as constantly tarring “evil grasping capitalists.”

It’s hard to think of the self-proclaimed “defender of the working class” as devotedly watching the frolics of the Roy clan arriving at their lush destinations in chauffeured limos, helicopters, and private jets. It is even harder to picture the maverick, who habitually talks over and harangues fellow councilmembers, as a groupie who tunes into hour-long episodes that feature shifting alliances, backstabbing deals and habitual use of the F-word in all seven parts of speech.

During a “Seattle Nice” podcast, Publicola’s Erica Barnett (also a regular watcher) said she believes that — for Sawant — the show represents reality: the brutality of the millionaire class. In Barnett’s view it apparently escapes Sawant that “Succession” is dark comedy, a cartoonish version of “horrible rich people being mean to one another.” Not unlike the earlier “House of Cards” series, the show’s ruthless characters inspire a spooky fascination. (As Shakespeare well knew.)

Finding Sawant’s tastes similar to my own — even if we do think differently about the plausibility of “Succession” — is quite unsettling. What’s next? Will I suddenly discover that the city’s resident Marxist has a taste for Dutch Babies and Fran’s chocolates? That she’s bought a copy of Hillary Clinton’s best seller? That she’s become a fan of cartoonist David Horsey, double-tall lattes, Mariners baseball, and Seattle Reign games? Or that she’s finally decided to put down her megaphone and listen to others for a change?

Get a grip, Jean!

Jean Godden
Jean Godden wrote columns first for the Seattle Post-Intelligencer and late for the Seattle Times. In 2002, she quit to run for City Council where she served for 12 years. Since then she published a book of city stories titled “Citizen Jean.” She is now co-host of The Bridge aired on community station KMGP at 101.1 FM. You can email tips and comments to Jean at jgodden@blarg.net.
Previous article
The Great Carbon Sink Next Door
Next article
Galvanized: When Seattle’s Civic Institutions Made Us Better