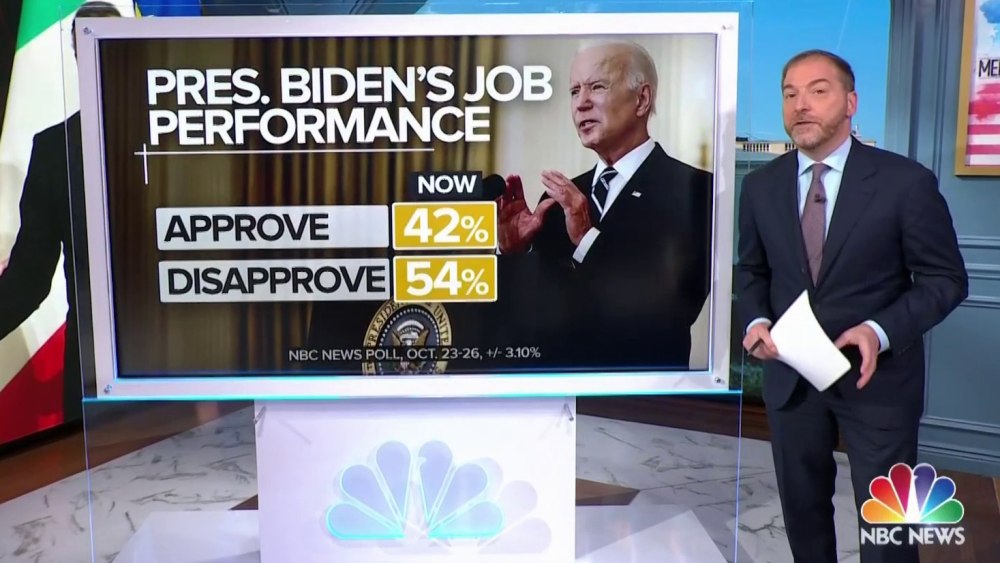 John Lapinski, who summers on Bainbridge Island and is the director of polling and election-night decision desk at NBC, is a shrewd political observer. Recently Folio Seattle recorded a fascinating conversation between Lapinski and Post Alley contributor Mort Kondracke. Kondracke, a veteran D.C. journalist and board member at Folio, the Seattle Athenaeum, does frequent broadcasts with political pros at Folio, a membership library. The full interview is well worth watching. Below are some highlights gleaned from the show.

The recent election. Most elections are now “national,” meaning the salient issues are not local but much broader. Voters are both lethargic and very unhappy. Democrats lost the white working class by a whopping 50 points in Virginia. That education (long school closures because of COVID, parental say) became the second most important issue in Virginia was unprecedented.

Biden’s unwieldy coalition. He assembled an awkward big-tent coalition to win in 2020, but the diversity of constituencies creates problems in sorting out benefits and costs across the coalition, as well as message clarity. Young-voter concerns (such as free community college, strong action on climate change) were stripped out of the BBB package, for instance, or may not survive the Senate revisions. Blacks have not gotten better access to voting, an important issue for them. Suburban women, who mostly wanted to be rid of Trump, have less passion about that issue.

The 2022 election. 80-20 chance that the GOP will regain a majority in the House in 2022. There are only three Democrats and three Republicans whose races are tossups in the Senate in 2022. The Democrats will be very vulnerable in 2024 in the Senate, so they need to hold on in 2022. Republicans will score big on inflation, the border mess, lingering Covid, and the SALT (state and local tax) benefits in BBB for the wealthy. The main problem is the Democrats (like the Seahawks) “have no offense.”

Other issues. Overturning abortion rights, if the Supreme Court does it, is messy and not as important an issue in polling as most think. The top issue is the economy, particularly COVID effects and inflation, and voters “really feel inflation.” Democrats want to run on the Biden record, but small gains for component parts of a broad coalition won’t cut it.

Other candidates. Chris Christie “has no power anymore.” Kamala Harris has no sure path to the presidency, since her portfolio is full of heartache issues (unlike Pete Buttegieg’s). If there is to be a non-Trump Republican nominee, keep an eye on Gov. Chris Sununu of New Hampshire, who could launch a campaign by winning early in NH and has found an effective way of semi-criticizing Trump (don’t attack fellow Republicans). Trump is currently still the Republicans’ leading candidate. Seattle’s Rep. Pramila Jayapal is a skilled political operative but too far left to be the next speaker (likely to be Kevin McCarthy, anyway).

Polling. They are still unreliable. The response rate for pollsters is way low, about 1 percent. Take the margin of error of a poll and multiply by two, meaning most polled races are really tossups. Polls have Democratic bias, mostly because they get the wrong Republicans and miscalculate the election-day in-person voters. Best polls are done by the TV stations, Pew, and Data for Progess.

David Brewster
David Brewster, a founding member of Post Alley, has a long career in publishing, having founded Seattle Weekly, Sasquatch Books, and Crosscut.com. His civic ventures have been Town Hall Seattle and FolioSeattle.
Previous article
Post Alley Podcast: Sandeep Kaushik on what November’s Elections Tell us about Seattle
Next article
The Philosophical Gardener: Colorfully Contrary