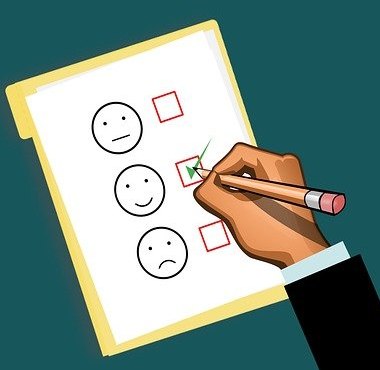 More than 71 percent of Washingtonians give thumbs-up to the $1.2 trillion infrastructure package signed into law Monday by President Biden, according to a new survey that reached out to 909 likely voters statewide. But approval of the job Joe Biden is doing trails far behind the marquee achievement of his administration. The poll in this “blue” state found 49 percent job approval of Biden, with 43 percent giving him a thumbs down.

The survey was taken by Public Policy Polling (PPP) for the Northwest Progressive Institute. It tracks closely with a national ABC News/Washington Post poll, released last Sunday, that has sent shivers down the spines of Democrats at both ends of Pennsylvania Avenue.

The ABC/Washington Post survey found 63 percent approval for the infrastructure package. By a 58-37 percentage point margin, Americans approve of the president’s $1.8 trillion Build Back Better social spending plan being debated on the House floor. By contrast, Biden and Congressional Democrats are tanking. Just 41 percent approved of the job Joe is doing, with 53 percent voicing disapproval, a dive of more than 10 points since mid-summer. The poll found Democrats nine points down in a generic ballot of voter intentions (Ds or Rs) for the 2022 mid-term elections.

Republicans have offered nothing positive by way of programs, and repellant actions by ex-President Trump and such wacko birds as Reps. Marjorie Taylor Greene, Paul Gosar, and Matt Gaetz continue providing fodder for progressive talk hosts on MSNBC and CNN.

Events dictate political trends, however. The Biden Administration has been hit by the COVID-19 comeback in the Delta variation, by inflation as Americans resume pre-pandemic spending habits, by chaos of the Afghanistan withdrawal and Taliban takeover, and by social divisions over mask mandates and reaction to excesses of the woke-left.  The GOP and right-wing media (e.g. Fox News and Sinclair Broadcasting) demonstrate daily skill at salting social wounds.

Political figures and pundits react more than they act.  U.S. Rep. Pramila Jayapal, D-Wash., leader of the Congressional Progressive Caucus, was vowing to block the infrastructure package as late as 4 pm on the day it passed the House.  On Monday, however, the interview champ of Cable TV was Tweeting:  “BIG NEWS: I’m heading to the White House to watch @POTUS sign our historic infrastructure bill into law. This is a huge win for our communities -– and it means billions invested into our roads, grid, highways, drinking water, public transit and so much more.”

By contrast, Sen. Joe Manchin, D-West Virginia, has taken to warning that provisions of Build Back Better could be inflationary, and talks of holding off whatever remains in the social spending package until 2022.

The socio/political divisions of America can be tracked by looking more closely at PPP’s findings on Biden job approval.  He gets a 65-30 thumbs up in King County, which Biden carried by a half-million-vote margin last November.  In northern Puget Sound, however, home to two U.S. House Democrats, Biden is on the downside of a 37-41 percent rating, with lots of undecideds.  He does better in the South Sound.

In Central and Eastern Washington, where lots of the infrastructure dollars will be spent -– on irrigation and power grid upgrades, broadband access and fire prevention -– just 41 percent of those surveyed gave thumbs-up to Biden.  He gets a 56 percent disapproval rating, which means U.S. Reps. Cathy McMorris Rodgers and Dan Newhouse, R-Wash., lose no opportunity to pile on a President who is repairing their pumping stations and beefing up their firefighting capacity.

Meanwhile, the U.S. Supreme Court hears two abortion cases this fall. The State of Mississippi is asking the Supremes not only to uphold the Magnolia State’s restrictive abortion law, but to overturn Roe v. Wade, the seminal 1973 ruling that established a woman’s right to abortion. The high court will also take up the Texas abortion law, which virtually outlaws the procedure in America’s second most populous state. GOP Washington Reps. McMorris Rodgers, Dan Newhouse, and Jaime Herrera Beutler have signed onto an amicus brief asking the Supreme Court to overturn Roe v. Wade and return abortion decisions to state jurisdiction.

The Supreme Court has a 6-3 conservative majority, with Justices Samuel Alito and Clarence Thomas broadcasting their desire to throw out Roe v. Wade. Public opinion says otherwise.  By a 60-27 percent margin, the ABC/Post poll found Americans support keeping in place Roe v. Wade. By a 36-58 percent margin, the poll found most Americans oppose laws that made it harder for abortion clinics to operate, such as the Texas statute that would make it possible for citizen vigilantes to sue abortion providers.

The biggest margin was 75 percent of those surveyed favored leaving to women and their physicians the decision on whether to carry a pregnancy to term. Just 20 percent say it ought to be regulated by law.  As the poll noted, pro-choice majorities embrace men and women, young adults and seniors, college and high school graduates, even 62 percent of the country’s Catholics.

Washington voted in 1970, three years before Roe, to legalize abortion.  The referendum campaign here was led by such moderate Republican legislators as State Sens. Joel Pritchard, Fran Holman, and Charlie Elicker. By the time a stronger abortion rights measure reached the ballot 20 years later, the Republican Party had taken a hard turn against abortion, while pro-choice views were becoming (and still are) a litmus test for the Democrats.

If the country ever felt the right to an abortion was “settled” by Roe v. Wade, it is laboring under a misconception.  The issue may again be front-and-center, fully 49 years after Roe.