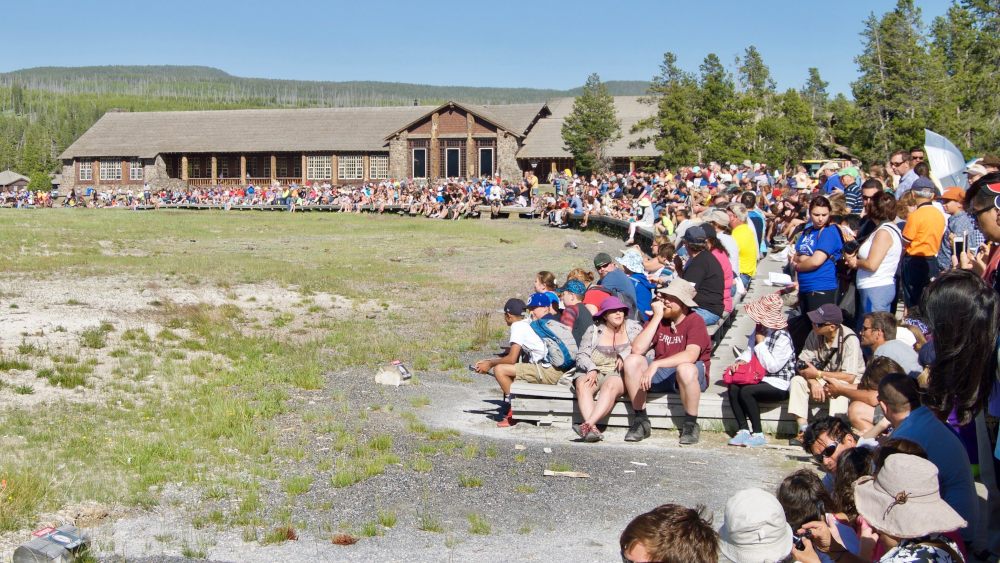 Our National Parks are being Loved to Death

The COVID-19 pandemic has put millions of needles in arms but has also driven millions of folks to escape into God’s great out-of-doors. Our national parks and public lands, America’s gift to the world, find themselves so heavily loved that managers in some places have been forced to limit the number of lovers.

“Nothing is secret anymore,” observed Mike Gauthier, who worked as acting superintendent at Olympic National Park for two months earlier this year. Speaking of a vantage point above Lake Crescent, Gauthier added: “The Storm King trail was jammed. What amazed me was the diversity of the hikers I met on the trail.”

The pattern of lineups at parking lots and jammed trails is true across North America. The $6 tickets to park atop Cadillac Mountain in Maine’s Acadia National Park sell out in minutes as visitors seek to be first in America to watch the sunrise.  The park expects a record 4 million visitors this year.

Arches National Park, in Utah, was seeing 8,000 visitors a day in June; Zion National Park three times that many. Visitors to Zion have waited hours to begin hiking the Angel’s Landing trail. The park’s managers are proposing a lottery system for permits next year. High places are proving as popular as desert canyons. Glacier National Park has begun charging $2 to reserve a spot to drive the spectacular Going to the Sun Highway. A similar fee has taken effect this summer and fall at Rocky Mountain National Park — $2 to enter during a designated two-hour period.

The designation “national park” has its own cachet.  Joshua Tree National Monument, in the deserts of Southern California – its rock climbing celebrated in Stimson Bullitt’s book Illusion Dweller – used to welcome a million annual visitors.  The number has more than tripled since it was made a national park by the California Desert Protection Act.

When they acted in the 1970s to protect Hells Canyon along the Idaho-Oregon border, Idaho Gov. Cecil Andrus and Sen. James McClure quietly decided to designate a national recreation area rather than create a national park.  Both were hunters, but both also feared that the name “national park” would draw too many visitors for the fragile ecology of America’s deepest canyon.

The popularity explosion goes beyond national parks, however; witness the early October “golden week” in the Cascades and Rockies when needles on Lyall’s larches in the high country turn gold.  Long lines of cars are parked at the Biue Lake and Maple Pass Loop trailheads near Rainy Pass on the North Cascades Highway. The hike to Ingalls Lake, in the Alpine Lakes Wilderness Area north of Cle Elum, begins with a hike to the end of the road. All are on national forest land.

A Seattle couple, friends of mine, took early retirement to Leavenworth during the 1970 Boeing bust, and began exploring the Enchantment Lakes. “We felt we were the only persons ever to see the place,” Bill Stark would tell friends. Actually, famed climber Fred Becky had been there, doing first ascents and naming Prusik Peak, the High Priest, the Boxtop, and the Blop.

The Enchantments are now world famous.  Such is demand on the U.S. Forest Service lottery that one friend, applying for a permit, has struck out for 11 years. Even with the limits, lines of hikers climbing up Aasgard Pass suggest World War II photos of Marshal Tito’s partisans in Yugoslavia. “The secret is out: I’ve never seen so many people on a hike,” said Keenan Simpson, a day visitor during the “golden week” earlier this month.

Popularity leads to problems beyond jammed parking lots. Visitors make off with petrified wood at Arizona’s Petrified Forest National Park. Illegal off-road vehicles rip into fragile desert soil at Joshua Tree.  The National Park Service has a multi-billion-dollar maintenance backlog on which presidential candidates have promised action but failed to deliver. Overall staffing at parks has declined 16 percent since 2001.

“The Park Service budget is hard to cut because so many people love it,” Gauthier joked. Not so the money-starved U.S. Forest Service. When longtime Mt. Baker-Snoqualmie National Forest trails-and-recreation coordinator Gary Paull retired, his position was not filled. “I have a former colleague about to retire at Mt. Baker Ranger District and once again, not being replaced due to lack of funding,” Paull wrote in an email.

Crowds at popular national parks are colliding with a multifaceted threat to America’s crown jewels. In the words of ex-U.S. Interior Secretary Sally Jewell: “Climate change – the most pressing issue of our time – threatens our land and water in existential ways, with longer, hotter fire seasons, record-breaking droughts and more frequent and severe super-storms.”

Climate change is changing America’s parks and public lands, and not for the better. A slump in the Denali National Park road, caused by melting permafrost, forced its closure at mile 33 in late August. The road will remain closed next summer. The result: Retreats and resorts including famed Camp Denali, at the west end of the road, are cut off. Visitors cannot take the bus out to the Mt. Denali and Alaska Range views from Wonder Lake and Reflection Pond, where Ken Burns experienced (his words) the “super holy shit moment” from filming his national park series for PBS.

Other changes: Glaciers, the namesake of Glacier National Park, are melting, with the much-visited Grinnell Glacier almost gone.  The park in northern Montana has also been hit by fires, and one consumed the backcountry Sperry Chalet. Another summer, then-first lady Laura Bush and her gal pal hiking group were driven away, ending up at Lake Crescent. Fires kept members of my family out of Kintla Lake at Glacier National Park this summer.

Olympic National Park has seen disappearance of the Anderson and Lillian Glaciers in the past quarter-century. The Dosewallips River road, access to the Anderson Pass and Lake Constance trailheads, was victim of a washout. Our increasingly frequent 100 (and 500) year storms have stressed access to park backcountry. A washout at Car Wash Falls blocks the upper Stehekin River road, which provides access to such glorious trails as Park Creek Pass, North Fork-Bridge Creek, and Horseshoe Basin. The result: As more visitors arrive, they are being pushed onto fewer roads and trails.

The bare slopes on Mt. Rainier, witnessed after the June heat dome, signal changes on “the mountain.” The Paradise Ice Caves are long gone. Gauthier, once chief climbing ranger at Rainier, notes striking melting and exposing of rock on Inter Glacier, part of the standard climbing route up the north side of the mountain.  The demanding Liberty Ridge route threatens to become “a rock climb,” he joked.

Thousands of Joshua Trees burned in California this summer and fall. The KNP Complex fire has burned through 137 square miles of dry forest in Sequoia and Kings Canyon National Parks, hitting historic groves of giant trees. The General Grant Grove was protected by sprinklers and wrapping the base of trees in fire-resistant plastic.

The national park system has more than 400 units (nine in Washington). The most intense pressure is on about two dozen of the most popular and publicized parks.  Mt. Rainier has long been on the list. Olympic has been “slammed” in recent years, as national evaluations note its variety as a park of ocean beaches, mountain wilderness, and ancient forests. North Cascades, by contrast, makes the list of 10 least appreciated national parks.  A keep-everybody-out-but-us faction in the conservation movement is resisting all proposals to reopen the Stehekin Road, and intent on keeping it that way.

We are all in danger of overstocking our marvelous national parks.

Joel Connelly
I worked for Seattle Post-Intelligencer from 1973 until it ceased print publication in 2009, and SeattlePI.com from 2009 to 6/30/2020. During that time, I wrote about 9 presidential races, 11 Canadian and British Columbia elections‎, four doomed WPPSS nuclear plants, six Washington wilderness battles, creation of two national Monuments (Hanford Reach and San Juan Islands), a 104 million acre Alaska Lands Act, plus the Columbia Gorge National Scenic Area.
Previous article
No One Wants Encampments. But We’re Making it Worse
Next article
Medical Revolution: The Tantalizing and Profound Promise of mRNA