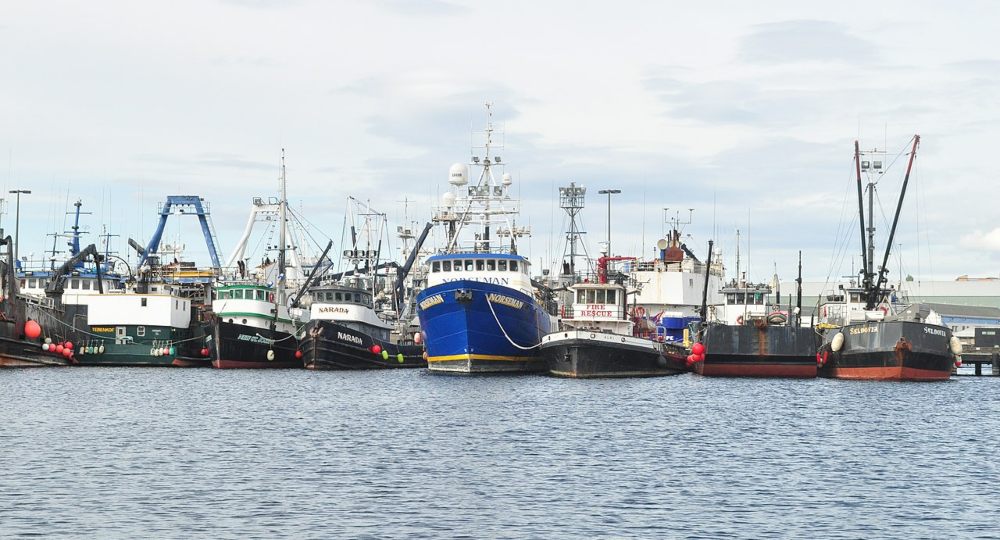 As my friends in the fishing industry know, I’ve had a mixed relationship with the Seattle Port Commission and have frequently clashed with Port initiatives that seem to favor gentrification over a working waterfront. Given that history, I have some thoughts about two of the three Port Commission races, elections which seem to get less public attention than School Board contests.

First, some background. The Port of Seattle is a behemoth of a public agency and the primary waterfront landowner in Seattle. Its enormous portfolio includes Sea-Tac airport, container shipping, the fishing industry, cruise lines, and recreational marinas. Additionally, it bears substantial responsibility for environmental clean-up in the Duwamish River.  It is funded by an assessment on King County real estate, plus rents and fees from its operations.

When the Port was first created by a public vote in the early 1900s, it opened up the waterfront to commerce and loosened the squeeze of railroad interests on Seattle-area commerce. Up until World War II, the public Port was derided by business interests as a “socialist” project. During that period the Port could only commission major projects when approved by a public levy. For example, Fishermen’s Terminal was created by a vote of the public in 1911.

During World War II, however, the levy requirement was dropped, so that the Port could commission and bond projects without that public-vote requirement. Soon, major economic and financial players jumped into bed with the Port. Today the Port can commission enormous, lucrative projects with low public accountability. Even though it remains a public agency, it often acts as if it is a Fortune 500 corporation. Consequently, it’s critical to elect commissioners who will understand both the complexity of the Port’s mission and its fundamental public charter. Three of the five Commission seats are on the ballot this November.

My own conflict with the Port began during the years 2000-2001 as the Port aggressively moved to harvest real estate value from working waterfront. Port Commissioner Paul Schell, a developer himself, famously referred to this process as creating “Geneva on Puget Sound.” As a long-time commercial fisherman with deep Ballard roots, I understood how devastating this displacement would be to hundreds of small family businesses. For decades, the Port had disinvested at Fishermen’s Terminal, a cultural touchstone and an economic engine on par with any large manufacturing plant.

The Port extracted yearly capital set-aside monies from the facility and sent the money downtown to the extravagant Port offices. The docks at the Fishermen’s Terminal, built in 1940, were collapsing. The Seattle Fire Department refused to bring their rigs down the rickety piers. Four fishermen drowned in one winter likely due to the Port’s abandonment of such infrastructure—poor lighting, ladders not reaching Salmon Bay, rotting pilings everywhere. Following the deaths, the Port was fined a mere $2,000 by Labor and Industries.

One key problem is that Port of Seattle Commissioners are poorly compensated, poorly staffed, and often motivated by other concerns—like advancing in the political game or carving out a business niche. They get cultivated by powerful companies managed by the Port and hungering for development opportunities. Typically, those interests will capture senior staff who then frame limited, seemingly self-evident options for the Commission. Some senior staffers retire from the Port and can be rewarded with jobs from the industries they regulated.

Nevertheless, I still think public ownership of the waterfront and the airport is worth fighting for. It’s a key agency for creating a fair economy. The Port’s role as an economic engine needs to take precedence over the temptation to sell off real estate. To quote Ballard Oil’s Warren Akervik, “You can’t export office space.”

Over the years, I’ve backed maverick candidates for the Port Commission including Alec Fisken, Lloyd Hara, Fred Felleman, and Peter Steinbrueck. I’ve also seen how senior staff can work to isolate and undermine commissioners whose power base comes from outside the insiders’ game. Fortunately, in the last decade the Commission’s policies have moved strongly in the direction of preserving industrial land and working waterfront. They now recognize the contributions from the fishing industry and have abandoned, at least for now, the gentrification plans of 2000-2001.

Yet, the battle for industrial land and working waterfront will continue as Seattle real estate goes stratospheric. Pressures on the Port for insider opportunities will not abate. Consequently, I am loath to abandon Peter Steinbrueck and Stefanie Bowman, both up for re-election this November.

Steinbrueck, a former Seattle City Councilmember, was publicly with us early on in 2001 when the Port was full steam ahead on working waterfront gentrification. He’s directly connected and involved with preserving the working waterfront, and I call him frequently about creeping gentrification pressures and dubious redevelopment plans at Fishermen’s Terminal.

Although I disagree with Bowman on certain past issues like the $15 minimum wage and the reception given the Shell drilling platform, I have enormous respect for her extensive background in the maritime industries. One other progressive Port Commissioner has told me he’d be lost without Bowman’s detailed knowledge of the shipping industry. Being an effective Port Commissioner in the public interest is a challenge of the first order.

Steinbrueck’s and Bowman’s respective challengers, Toshiko Hasegawa, daughter of state Sen. Bob Hasegawa, and Hamdi Mohamed, a former staffer for Congresswoman Pramila Jayapal and County Executive Dow Constantine, are bright and committed activists with admirable public-interest backgrounds. (The third seat up for vote, now held by Ryan Calkins, is being challenged by Norman Sigler.) I don’t know Hasegawa and Mohamed, but as a Bernie backer, I’m philosophically aligned with them in many ways, and I think they will bring great values to our body politic in the long term.

My problem with these two challengers is that I see no direct connection or background between them and the actual functioning of the Port. When I read their literature, I fail to see policy discussion regarding the actual industries they will regulate. My own industry of family fishing boats seems to be ignored. I worry that the commissioner seats are seen as political stepping stones. This is not a starter job. 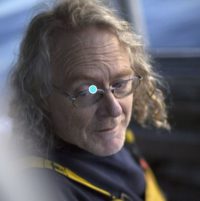