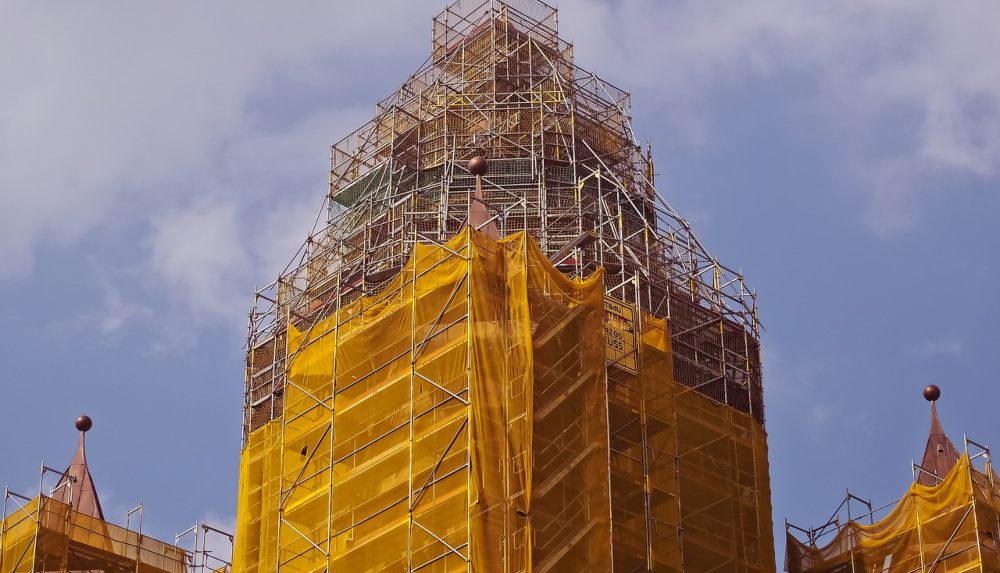 A Moment of Truth Arrives for Biden and the Democrats

Crunch time has come to the other Washington.  Democrats must use their tenuous majorities in Congress to deliver, or American voters in 2022 will deliver the same midterm “shellacking” that the D’s endured in 1994 and 2010 when they last controlled the White House and both houses of Congress. Key members of our local Congressional delegation will play pivotal roles.

Alas, as the late Rep. Morris Udall once put it, “When we Democrats form a firing squad, we tend to form it in a circle.” House Speaker Nancy Pelosi has set a Sept. 27 vote on the $1 trillion infrastructure plan passed by the Senate on a bipartisan vote. At the same time, however, House progressives threaten to block the infrastructure package unless both Houses of Congress have given go-ahead for the $3.5 trillion Build Back Better reconciliation program.

The 96-member Congressional Progressive Caucus is chaired by Rep. Pramila Jayapal, the Seattle Democrat who holds perhaps the safest seat in the U.S. Congress.  The left is digging in its heels against calls by moderate Democrats to trim the plan.  “Let’s be clear: $3.5 trillion WAS the compromise,” Jayapal tweeted earlier this week.  “It WILL be $3.5 trillion,” Sen. Bernie Sanders, I-Vermont, chairman of the Senate Budget Committee, chimed in on CNN. Sanders had earlier added up a wish list totaling $6 trillion.

The infrastructure plan contains what Sen. Maria Cantwell has described as “desperately needed investments” for this Washington. We are a state famous for creaky and collapsing bridges. Our bridges would get an estimated $605 million under the Senate-passed plan. The state would benefit from $4.7 billion in aid to highways, $1.79 billion for public transportation, $71 million over five years for electric-vehicle charging stations.

The definition of “infrastructure” is broad enough to send our way $100 million for broadband internet access to 214,000 customers who don’t have it. The legislation provides $8 billion to help beleaguered Western states with fire suppression. A billion dollars in grants is allocated for states to remove, replace, and restore culverts important for salmon runs. It gives a sizeable $172 million boost to the Pacific Coastal Salmon Recovery Program.

Build Back Better is a vastly bigger, filibuster-skirting cradle-to-grave program to create a more just human infrastructure.  How would it be paid for?  Rep. Alexandra Ocasio-Cortez, D-New York, delivered a three-word answer in the gown she wore to the Met Gala in New York: “TAX THE RICH.”  (AOC was a guest and did not pay the $30,000 admission cost.) A more sedate President Biden fleshed out the argument earlier this week with the much-repeated argument that 39 mega-corporations have reaped $122 billion in profits thanks largely to the Trump tax cut, while paying no federal income taxes.

Under the budget reconciliation plan, the government would fund pre-school for 3 and 4-year-olds.  The child tax credit, created in the coronavirus American Rescue Act, would be made permanent. Two-year community college tuition would be free.  Pell Grants for other students would grow. Medicare coverage for older Americans would be expanded.

The federal government would grow more under Build Back Better, and help more people, than anything passed since the New Deal. It is a vastly ambitious agenda, considering that Democrats hold just 220 seats in the 435-member House, and the 50-50 split in the Senate is broken only by the vote of Vice President Kamala Harris.

Anything they hope to get done requires the support of everyone, yet the signs of discord are growing.  Sens. Joe Manchin, D-West Virginia, and Kirstin Sinema, D-Arizona, moderates from conservative-leaning states, have balked at the $3.5 trillion pricetag. During a House Energy and Commerce Committee markup, three moderate Democrats refused to support an amendment providing that Medicare negotiate drug prices with big pharma.

If one word sums up the Democratic left, it is “Demand.” Persuasion and patience are not its forte. When Cantwell moved on to become top Democrat on the Senate Commerce Committee, Manchin was in line to fill the job on Senate Energy and Natural Resources. Our “green” Gov. Jay Inslee demanded that Senate Dems pick someone else, but Manchin got the job and now chairs the committee.

Rep. Ocasio-Cortez, author of the Green New Deal resolution, recently charged on Twitter that Sen. Manchin “has weekly huddles w/Exxon & is one of many senators who give lobbyists their pen to write so-called ‘bipartisan’ fossil fuel bills.”

Asked on CNN’s State of the Union if he huddles with the oil giant, Manchin replied: “Absolutely not.” The charge from AOC came just as Senate Democrats were agreeing to a new voting rights bill and sending Manchin on the futile mission of selling it to Republicans.  Manchin’s vote is necessary for any move to scrap the filibuster and pass the voting-rights legislation.

Jayapal may chair the Congressional Progressive Caucus, but Reps. Suzan DelBene and Derek Kilmer, D-Wash., head the larger, more mainstream New Democrat Coalition.  Unlike Jayapal and AOC, many of its members represent swing districts.  Rep. Kim Schrier, D-Wash., in 2018 flipped a House seat in Republican hands for 36 years.  She won by 15,000 votes in 2020 against a little-known GOP opponent, and is targeted in 2022 by a Republican “Flip the 8th” campaign.

Meanwhile, Jayapal has positioned herself as a premier defender/advocate for America’s disadvantaged, but was rocked last week by a Buzzfeed investigative article. It depicted her in detail  as a congressional boss from hell. The piece relayed figures on rapid staff turnover, underpaid young aides working exhausting hours, and aides upbraided by the boss in front of others.‎ Is her high profile leading to  hubris, and will it hurt Jayapal’s effectiveness in the budget battle?

When it has faced competitive races, the left has lately taken its lumps from voters.  Mainstream Democrats have won special House elections in Louisiana and Ohio.  The loser in Ohio was Nina Turner, a leading – and obnoxious — Bernie Sanders surrogate in 2016 and 2020.  Democrats in New York City nominated a former police captain, Eric Adams, who preached public safety and is unabashedly pro-business.

A London School of Economics student turned musician, one Michael Philip Jagger, coined the lyric “You Can’t Always Get What You Want.” He was defining the American legislative process.  Demand everything and you risk ending up with nothing.

Sen. Patty Murray, D-Wash., up for reelection next year, hailed the Senate’s infrastructure package as “a truly historic investment in American families.” She cited such measures as a switchover from diesel to electric-powered school buses, construction of electric ferries, and badly needed upgrading of the nation’s electric power grid to withstand storms, floods, and fires.  Murray is, however, also championing Build Back Better, particularly its provisions to make community college free and expand services supported by Medicare. What if the first bill is blocked in the House by supporters of the second?

Certain programs in the massive budget reconciliation are worth a trip to the mat.  It would make permanent the child tax credit, a major step to reduce poverty in America.  Murray was a force in putting it into the Biden coronavirus rescue bill.

David Brinkley once likened the Democratic Party to a bumblebee, composed of ill-fitting parts but somehow able to fly.  In the Senate, it was the party of Hubert Humphrey and Warren Magnuson, but also oilman Robert Kerr and arch-segregationist James Eastland.  Yet, with tenuous majorities (and Lyndon Johnson’s leadership) it was able to raise the minimum wage and expand public housing.

The party is being pushed by its impatient left, which functions as an echo chamber rather than a big tent.  As seen in Seattle, it is not a movement known for its tolerance. Nationally, however, it must confront a truism voiced by Adlai Stevenson:  The ability to govern is the acid test of politics, the acid, final test.

The Republican strategy is from the playbook used against Obama.  Seek to block everything, then accuse the Democrats of having done nothing.  Gridlock is the GOP’s friend.  House Republicans leaders vow to oppose the infrastructure legislation even though 19 Republican senators (including Mitch McConnell) voted for it.

This raised the spectre: Do the Democrats, by their divisions, dare to boost prospects of a House of Representatives run by camp followers of Donald Trump, with the ineffable Kevin McCarthy as Speaker? One answer to that question: There’s nothing like a hanging in the morning to focus the mind.