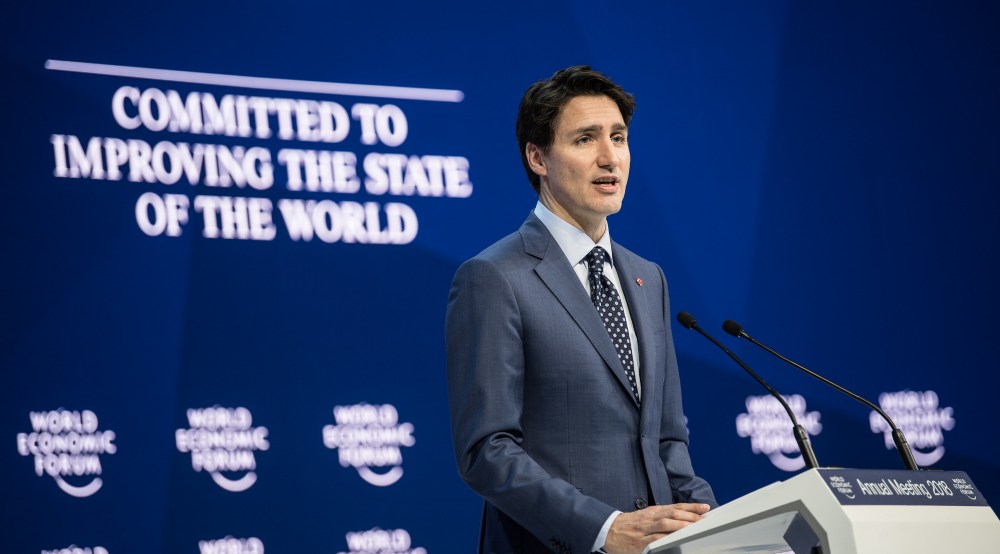 Canadian Prime Minister Justin Trudeau called a snap national election last month in full confidence that his Liberal Party would be returned to power. Though the government still had two years left in its current term, the Liberals govern as a minority government, and the goal was of capturing an outright majority of seats in Canada’s 338-member House of Commons. The early polls indicated this might be a good strategy, suggesting a win that would consolidate the opportunistic Liberals’ power.

But the campaign has seen support for the Trudeau Liberals slide, while Conservative Party leader Erin O’Toole has come across on the campaign trail as avuncular, competent, and non-threatening.  Chiding Trudeau for his many photo-ops, O’Toole said in Nanaimo on Saturday: “It’s not about the photographs, Mr. Trudeau. It’s about the follow up.”

The most likely scenario now, with two weeks until the Sept. 20 election, is for another “hung” parliament in which no party wins a majority.  The left-leaning New Democratic Party, strong in British Columbia, could hold the balance of power.

What’s caused Trudeau’s slide? It appears some Canadians are a little tired of the Trudeau hubris, and question the wisdom of holding an unnecessary election as the Delta variation has crudely disrupted the country’s recovery from the COVID-19 pandemic. The Liberals were surprise winners in 2015 with Trudeau promising “sunny days.” They won re-election in 2019, but the pandemic has brought somber times:  Canadians are still barred from recreational travel to the United States.

He’s also amassed a record of contradictions: a self-proclaimed crusader fighting climate change, he nonetheless approved a controversial pipeline to run from Alberta through British Columbia. A vocal champion of indigenous people, he has gone against treaty rights. And his proclivity for photo ops and soaring rhetoric that quickly deflates has disillusioned many.

As in the United States, the strength of Canada’s political parties varies radically by region.  The Conservatives’ support is concentrated in rural Canada and the provinces of Alberta, Saskatchewan, and Manitoba.  The Liberals lead in urban Ontario and Quebec, and also have strength in Maritime Canada.  The separatist Bloc Quebec stands to elect two dozen or more MP’s in “La Belle Province.”

The result, with 338 different contests, is that Conservative candidates could poll the greatest number of votes while the Liberals win the greatest number of seats in the House of Commons.  A great deal of attention will focus on party leaders’ two-hour English-language debate (following last week’s lower-profile debate in French) coming up Thursday night. Climate change will join COVID-19 recovery among topics on the table.

The Liberals are not loved but have a history of pulling out wins.  In 2019, with Trudeau burdened by a pair of scandals, the party warned that Conservatives would bring right-wing government to Canada.  They trotted out past statements by the Tories’ then-leader Andrew Scheer on same-sex marriage and abortion.  Scheer was a grim figure who fell into the image trap.

The Liberals are deploying a similar tactic this year.  Canada has experienced mass shootings and the cause of gun safety is far more widely accepted in the Great White North than south of the 49th Parallel. Under Canada’s Firearms Act, automatic weapons have been outlawed for more than 40 years.  Last year, however, the Trudeau Cabinet extended the ban to semi-automatic rifles with a ban on 1,500 designated “military grade weapons.”

The Conservatives’ platform has proposed rolling back the semi-automatic weapons ban.  Trudeau has seized on this as a “wedge” issue, declaring: “Community safety is not up for negotiation with the gun lobby and you certainly don’t hand them the pen to write your platform.”

O’Toole responded with a public flip flop during weekend campaigning in British Columbia.  He defended the proposed rollback on Saturday, saying the Cabinet order discriminated against law-abiding gun owners and target shooters.  On Sunday morning, at the Vancouver waterfront, he reversed course and said the Cabinet ban would remain in place pending review of Canada’s firearms classifications.

Ex-Toronto Police Chief Bill Blair, who has been a member of Trudeau’s cabinet, pounced, saying: “Erin O’Toole stands apparently for everything and therefore for nothing.” Trudeau has promised expanded gun safety measures, a buy-back program for banned firearms, and $1 billion (Canadian) in aid to provinces for gun safety enforcement.

Trudeau has outspokenly supported vaccine requirements, incurring wrath of anti-vaxxers and pledging Monday to support any business that refuses admission to patrons who have not been vaccinated.  A raucous rally at Vancouver General Hospital by anti-vaxxers – patients had to walk through the crowd – has incurred strong public reaction.

Voters in such B.C. towns as Coquitlam, Nanaimo, Burnaby, and Vancouver will influence the future government of their country.  All are sites of hotly contested swing ridings (electoral districts). The Liberals are seeking to get supporters of the New Democrats to plug their noses and put Canada’s “natural governing party” back in power. They are going negative and advertising heavily on Facebook. The New Democrats point out pivotal reforms, most notably Medicare, that came about when they held the balance of power in parliament. Meantime, polls show Conservatives making major gains in suburban ridings.

It’s turning into a tight, volatile election in a country built on the principle of “peace, order and good government.”