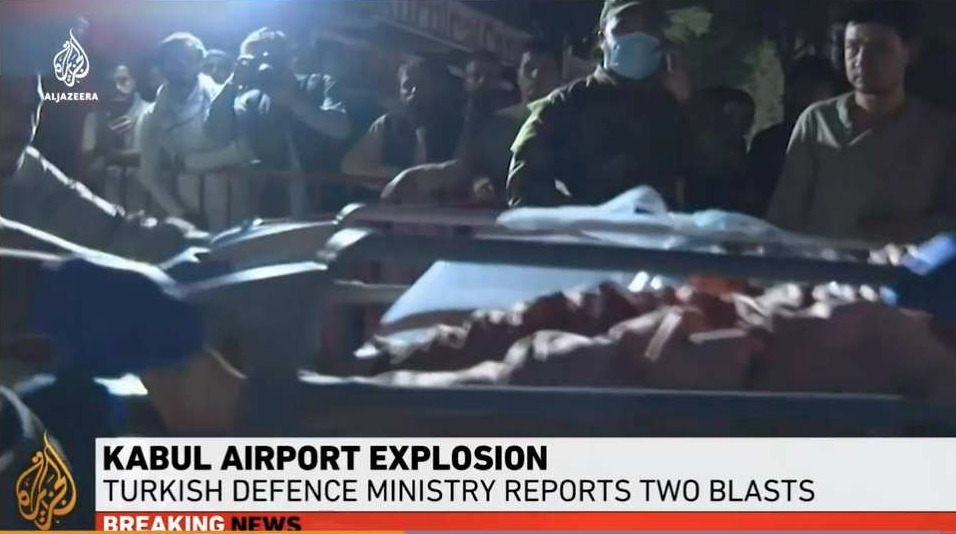 Watching Team Biden painstakingly and painfully executing a retreat from the “forever war” in Afghanistan, I wonder if this riveting metaphor might have broader application as an omen for our over-extended politics.

Military retreats are said to be the most difficult maneuver an army can execute. You have to adapt to the slowest-moving part of the retreat, while the enemy is free to attack any soft spots (as just happened at the Kabul airport). The political price is steep, so the leader of the country wavers and lies. As with the famous retreat of Chief Joseph and the Nez Perce, there’s a high likelihood of its ending in tragedy.

One is starting to hear the bugle-calls for retreat. Consider the ambition of Biden’s FDR-Complex, thinking very grandly but with a tiny majority, distracted by the pandemic. Jeff Greenfield, for instance, pours cold water on the over-swinging ambitions of D.C. Democrats in an article called “The Emptiness of the Democrats’ Big Deal.” He notes how the Democrats’ big-spending dreams are based on the fading rationale of the pandemic’s huge bailouts.

He observes the usual need for super-majorities (as with FDR and LBJ) to pull off such great leaps forward. He doubts the wisdom of the progressive Democrats’ gamble that the only way the Democrats can avoid the mid-term-elections curse is by passing huge-benefit legislation. He marvels, ironically, at Speaker Pelosi’s ability to hold together her coalition, but only temporarily.

Seattle too may face the need to retreat, as City Hall is way ahead of the voters on abolishing misdemeanor arrests, criminalizing the police, Democracy Vouchers, district elections, hospitality for the homeless, apartmentizing the neighborhoods, and absolutist anti-racism measures. Will a retreat build to backlash, or will it consolidate and temper and mediate the gains, as the “Compassion Seattle” charter amendment tried to do?

There are two lessons from history about how to pull off a tactical retreat successfully. One is for political challengers to make a case for a new direction and to build trust in their modifying of too-ambitious goals and too-rapid paces of change. Typically this kind of leader, like Eisenhower as president, consolidates gains and taps on the brakes rather than reversing course (as Trump tried). Ike also had the advantage of shifting to a new narrative, anti-communism and Defense. I can imagine someone such as Amy Klobuchar making this kind of case in an open Democratic primary in 2024, but the moderate Democratic bench is unpopulated.

Same with a Seattle mayor’s race in 2025, particularly if the city goes full-radical in the coming November election, as well it may.

The other lesson from history is to cover a retreat by shifting attention from the brutal blame-fest of a retreat to the narrative to a new ambition. Churchill tried this (with mixed success) when England lost its Empire and was economically broken by world wars. Churchill’s new story was to hymn the promise of the British Commonwealth. By analogy, Biden could pull back from his Everythingness to focus on one big goal, such as climate change. In Seattle, that big single goal could be housing for all.

Not that this will be easy. A big-promises leader like Biden will face adamant opposition if he slacks off and triangulates — particularly from the Progressive Caucus led by Seattle Rep. Pramila Jayapal. Toughest of all: America doesn’t “do” retreats. Wimping out goes against the utopian, manifest-destiny, city-on-the-hill grain — and our swollen sense of our global destiny in the past 125 years.

We had better start learning how to retreat wisely, and it will be a remedial course. I’ll be looking for political leaders to appear who know how to turn retreat into a glowing next chapter. Meanwhile, a salute to Uncle Joe for realizing that Uncle Sam got us into an unholy mess in Afghanistan. You can’t saddle up for an effective retreat if you don’t recognize that you bet on the wrong horse.

David Brewster
David Brewster, a founding member of Post Alley, has a long career in publishing, having founded Seattle Weekly, Sasquatch Books, and Crosscut.com. His civic ventures have been Town Hall Seattle and FolioSeattle.
Previous article
The Melting Signs of Climate Change on Northwest Glaciers
Next article
Moving On: Charter Amendment Failure Puts Responsibility Back Where it Should Be