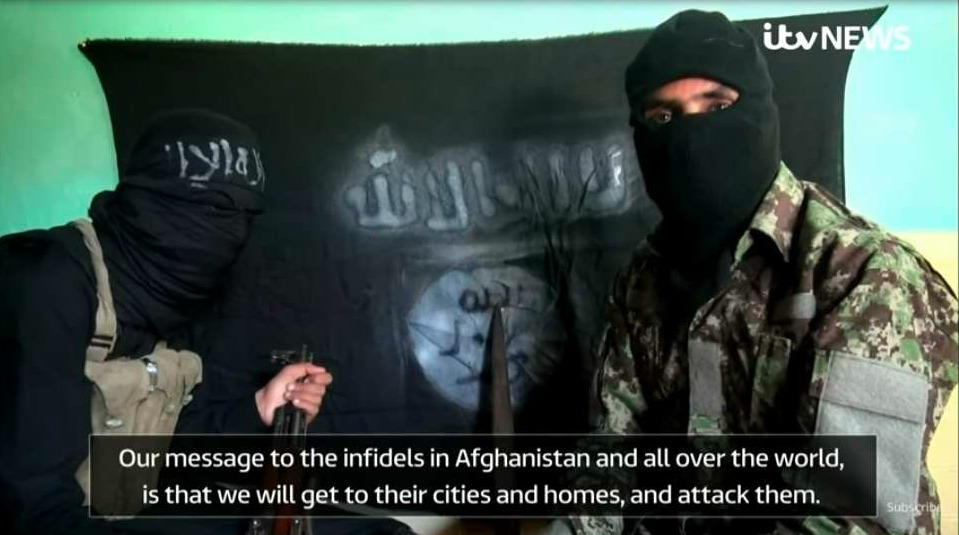 The deadly terrorist suicide bombings outside the chaotic U.S. evacuation mission at Kabul’s international airport provide a stark foreshadowing of the anarchy and multi-front civil war awaiting Afghanistan after the withdrawal of American troops is completed in less than a week.

The attacks claimed by the Islamic State Khorasan Province (ISKP) at an airport gate thronged by those desperate to flee the Taliban demonstrated that the extremist force claiming to be in power has no control over rival militant factions or even many in its own ranks.

Islamic State’s Afghanistan franchise, also known as ISIS-K, claimed responsibility for the attack that killed 13 U.S. troops and 60 Afghans. The adherents to an even more rigid code of Islamic law are sworn enemies of the Taliban and likely carried out the strike to discredit the rival force as well as to kill Americans they regard as infidel invaders.

A Taliban statement condemned the airport attack along a heavily fortified perimeter of Hamid Karzai International Airport, site of the evacuation of more than 100,000 since mid-August. The Taliban had pledged to facilitate the daunting operation to end the United States’ 20-year war by ensuring safe passage to the airport of U.S. citizens, other foreign nationals and at-risk Afghans.

Even before Thursday’s horrific attack, rogue Taliban fighters were filmed beating Afghans and foreigners trying to make their way to the evacuation site through thousands crowded around the airport gates. U.S. officials issued dire warnings late Wednesday and early Thursday that a credible and imminent attack was feared on the vulnerable human target surrounding the airport.

The Taliban’s swift defeat of a 300,000-strong Afghan national army trained and armed by their U.S. allies has inspired other extremist groups to resume holy wars against foreign influence and what they view as defections from strict Islamic law. Al Qaeda’s extremist warriors were largely driven out of Afghanistan in the decade that culminated with the killing of Osama bin Laden in neighboring Pakistan in 2011. Four months ago, a Pentagon report estimated that Al Qaeda forces posed “a limited threat” of reviving terror training in Afghanistan but advised reassessment in view of the impending U.S. retreat.

Under the Trump administration’s February 2020 deal with the Taliban that set out the terms for a full U.S. military withdrawal, the Taliban pledged to “not allow any of its members, other individuals or groups, including Al Qaeda, to use the soil of Afghanistan to threaten the security of the United States and its allies.”

The attack by ISIS-K on Thursday showed that the Taliban cannot prevent a resurgence of Islamic extremism in their fractured country. A report two weeks ago by the nonpartisan Congressional Research Service defined ISIS-K as “nearly eradicated” two years ago but now resurgent. The report attributed particularly heinous attacks of late to the estimated force of 2,000 fighters, including the May bombing of a Kabul school that killed scores of female students.

In the months since the Taliban seizure of power, in many provinces with little resistance by surrendering Afghan National Forces, Al Qaeda and other extremist fighters from Central Asia and the Middle East have returned to the vanquished territories ahead of the U.S. departure, according to Western intelligence sources.

Also regrouping in the wake of Afghan President Ashraf Ghani’s flight abroad as the Taliban moved into Kabul is the Haqqani Network, a liaison force between the Taliban and Al Qaeda with roots in fighting against the Soviet occupation of the country in the 1980s. The Haqqani Network is believed to be closely aligned with Pakistani intelligence operations and is blamed for the killing and wounding of hundreds of U.S. troops over the 20-year course of the war.

Former CIA Director John Brennan told CNN in an interview Thursday that the ISIS-K attack exposed the Taliban’s inability to provide security outside the Kabul airport to assist the U.S. in evacuating thousands of U.S. citizens and Afghan holders of Special Immigrant Visas.

“Through willpower, patience and cunning, a low-budget band of holy warriors has vanquished America and taken charge of a medium-sized country,” The Economist writes in its cover story of the edition to hit newsstands on Friday. “To Muslims who yearn to expel infidels and overthrow secular states, it was evidence that God approves. The ripple effects could be felt far and wide. … in places like Pakistan, Yemen, Syria, Nigeria, Mali, Somalia and Mozambique.”

Analysts hold out as a ray of hope the poor history of Islamic extremists in governing the states and territories they conquer. The Islamic State caliphate proclaimed in Syria and Iraq in 2014 collapsed within three years. The Taliban’s brutal treatment of minorities and women during their 1996-2001 reign of terror may be tempered in this new seizure of power by the need to gain international recognition of their legitimacy. The former Afghan government’s monetary reserves have been frozen in U.S. banks, and access to international aid and institutions will depend on their conformance to promises to respect the rights of women and minority ethnic and religious groups.

A visibly devastated President Joe Biden appeared on national television after the worst infliction of U.S. casualties in years among the troops in Afghanistan.

“These ISIS terrorists will not win. We will rescue the Americans. We will get our Afghan allies out. And our mission will go on, ” Biden vowed, his voice choked with emotion. “America will not be intimidated.”

Biden declared that the evacuation would continue until all U.S. citizens and vetted Afghans who want to leave are out of Afghanistan.

McKenzie said about 5,000 people were inside the Kabul airport awaiting flights.

By the Biden administration’s self-imposed deadline, the U.S. military withdrawal is to be completed by Tuesday, Aug. 31.

Carol J Williams
Carol J. Williams is a retired foreign correspondent with 30 years' reporting abroad for the Los Angeles Times and Associated Press. She has reported from more than 80 countries, with a focus on USSR/Russia and Eastern Europe.
Previous article
Make Google Pay for the News? Surely Not This Way
Next article
The Melting Signs of Climate Change on Northwest Glaciers