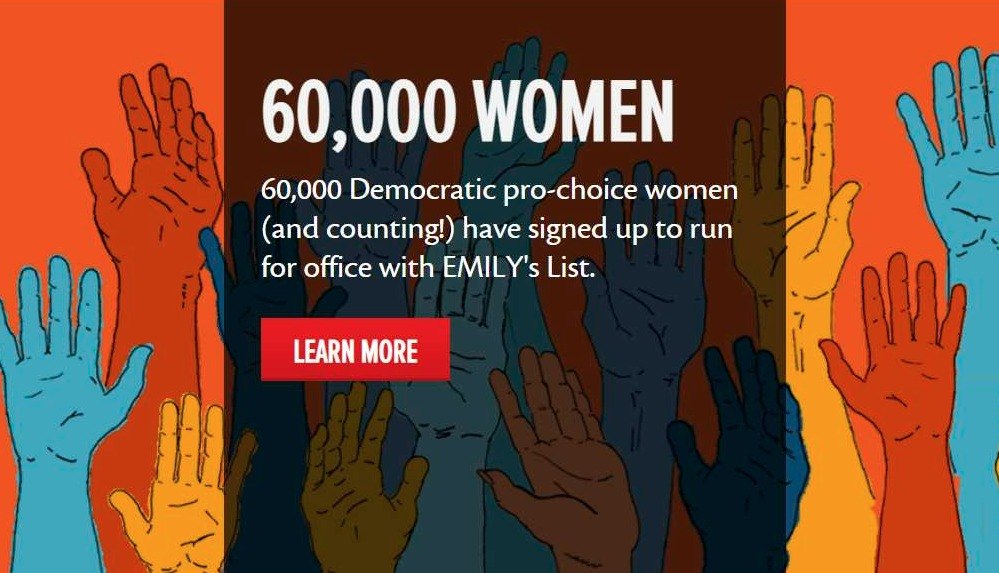 Emily’s List, the powerhouse political action committee (PAC) that bundles donations to pro-choice women candidates, has thrown its considerable weight behind Seattle mayoral candidate Lorena Gonzalez. Washington has for decades served as a source for campaign cash and victory at the ballot box for the 37-year-old organization.

“Lorena brought a passion for public service, economic justice, and social justice to the Seattle City Council and we look forward to seeing how she continues to better the lives of all the city’s families as its next mayor,” Emily’s List executive director Emily Cain said in a statement.

Mayoral rival Bruce Harrell delivered an endorsement to match. Ex-State Rep. Jessyn Farrell, fourth-place finisher in the August 3 mayoral primary, threw her support to Harrell. “My campaign was centered around issues that deserve urgent attention – from gun violence to addressing the homelessness crisis,” said Farrell. “It’s clear to me that Bruce Harrell is the candidate who shares my passion and approach to these issues and more, with a commitment to action and outcomes rooted in equity.”

Emily’s List – the Emily stands for “Early Money is Like Yeast” — has a long history here and a fair amount on the line. While still finding its footing in 1988, the PAC seeded the campaign of a liberal, greenie, good-government lady, Jolene Unsoeld, who was running for Congress from Southwest Washington’s resource-dependent Third District.  The endorsement mattered. Unsoeld won by the skin of her teeth, a victory margin of just over 500 votes. In the Gonzalez case, the money is not “early,” as there were other women in the primary contest for Seattle mayor.

The Unsoeld win was the second early victory for the early-money PAC. The first was election of Maryland’s U.S. Sen. Barbara Mikulski in 1986. Hard to believe, but Mikulski was the first woman elected to Congress’ upper chamber who did not follow into office a spouse or family member. She found no women’s restroom convenient to the Senate floor. Today, there are 21 “Gentle Ladies” in the Senate, two from Washington state and a half-dozen of them Republicans.

The PAC’s founder Ellen Malcolm, heiress to an IBM fortune, discovered a wellspring of cash and candidates in this state’s network of women activists. At a Washington Hilton gala after the 1992 election, the PAC was able to feature no fewer than three winners from Washington state – newly elected U.S. Sen. Patty Murray, U.S. Rep. Maria Cantwell and a reelected Jolene Unsoeld.

Disaster would strike two years header as Cantwell and Unsoeld lost their House seats.  Emily’s List bounced back, however, boosting Murray’s 1998 reelection over U.S. Rep. Linda Smith, a leading figure in the religious right. It strongly favored Cantwell’s 2000 bid for the U.S. Senate, even though she was running against a woman, state Insurance Commissioner Deborah Senn, for the Democratic nomination to challenge Sen. Slade Gorton.

A part of the rap on Emily’s List is that it has leaned toward more mainstream Democrats and been wary of confrontational candidates.  In the Washington delegation, however, it has backed U.S. Rep. Pramila Jayapal, who chairs the Congressional Progressive Caucus, as well as U.S. Rep. Suzan DelBene, who chairs the more moderate New Democrat Coalition.  U.S. Reps. Marilyn Strickland and Kim Schrier are also mainstream Democrats.

Washington was scene of another landmark for Emily’s List. With the 133-vote win by Chris Gregoire in 2004, we became one of the first two states (New Hampshire was the other) to have in office a woman as governor along with two women serving as U.S. Senators.

Emily’s List has even galvanized the other side. An anti-abortion women’s PAC, the Susan B. Anthony List, has put resources behind two Republican House members from this state, U.S. Reps. Cathy McMorris Rodgers and Jaime Herrera Beutler. Both are outspoken opponents of abortion.

A commanding presence due to her height and wit, Ellen Malcolm was succeeded as Emily’s List president in 2010 by another character. Stephanie Schriock served twice as chief of staff to Montana Sen. Jon Tester and ran Al Franken’s campaign for Senate in Minnesota.  She has made Emily’s List into a juggernaut, boosting on-line membership to 5 million, and its staff from 40 to 120. (Schriock stepped down last December.)

What does all this mean for the Seattle Mayor’s race?  Lorena Gonzalez is a confrontational candidate, unlike many of the coalition builders that Emily’s List tends to embrace.  She has snubbed the Downtown Seattle Association and used the downtown business community as a punching bag. It’s not yet clear what resources Emily’s List will put in the race, what staff support it will offer to Gonzalez, or whether its counsel will be welcomed.

We do have a nationalized mayor’s race this year.  Bruce Harrell is lining up support from ex-mayors, City Council members (current and former), a governor (Gary Locke) and Seattle Port Commission members. Gonzalez is going national, with Emily’s List and Sen. Bernie Sanders, I-Vermont.  Well, Sanders is an ex-mayor of Burlington, Vt.