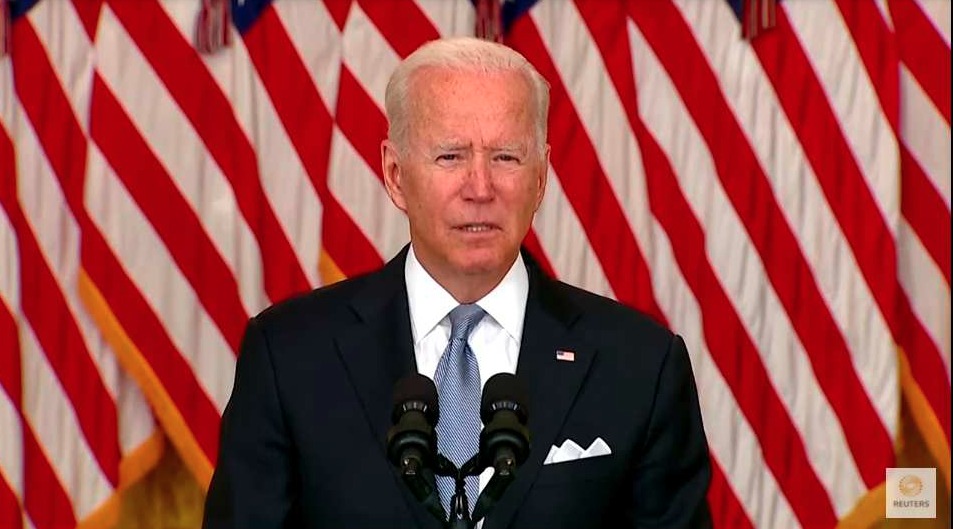 A few reflections on the Afghanistan mess, Biden’s disappointing speech, and the realistic, new options we now face.

You can’t take the senator out of Biden. He chose to shift the framing (from the botched extrication to the reasons to leave Afghanistan) and to shift the blame (to the Afghan government and the unwillingness of its soldiers to fight). That’s what a senator concerned about the next election would do, probably with advice from his political handlers. Not presidential, though, which is to own the problem and own the solution. And what signal does it send to ridicule an ally?

No good way to lose a war? Biden fell back on the line that there never was a good time to call it quits, feeding fatalism and dumping on Trump. Leadership is to make omelets from the broken eggs, rather than giving way to malaise. Japan, Germany, and Britain (after the American Revolution) did find good ways to rebuild and learn, as did (early on) South Africa. Furthermore, Biden simplified options to the extremes of suddenly turning tail or widening the war, blaming Trump for this dilemma and failing to define any middle ground.

Three big opportunities missed. One was to negotiate a settlement with the Taliban when the American carrots and sticks were stronger. Diplomats advised this, but the Democrats were afraid of the Republican charges of “negotiating with terrorists.” Second was to solve the Pakistan problem, since that country revived the defeated Taliban and kept it alive. Third was to focus on widespread corruption in Afghanistan, by seeing that troops were paid and making a compelling public case for modernizing the country. Any one of these would have made a difference. The failure to pull off at least one solution means the primary blame lies with us, not the Afghans.

Three big threats. One is proxy wars within Afghanistan, to keep the pot boiling and America embarrassed. China, Russia, Iran, and Pakistan might want to meddle, so they need to be brought into a broad agreement. A second threat is chaos and civil war as the overmatched Taliban cannot control the country, which faces famine, pandemic, drought, poverty, insurgencies, and the flight of talent. The third is fomenting terrorism in other countries, as a way to negotiate recognition (such as a seat at the UN) and trade deals. Remember, the Taliban’s style is “demonstrative violence followed by negotiation.”

The key is Pakistan. The country’s military propped up the Taliban after they were defeated and run from power, and they will want to have proxy control over the Taliban, somewhat like Iran’s Hezbollah in Lebanon. That’s the new reality on the ground and with it comes an opportunity to work with Pakistan to stabilize the chaos, tamp down the international terrorism and massacres of women and opponents, and put a more humane face on a brutal, inexperienced new order. More broadly, the only leverage the U.S. will have is by working with others: Pakistan, China, Russia, Iran, and the UN. Time to consider what Pakistan wants from us, in exchange for keeping the lid on its warlike neighbor.

Create a humanitarian corridor. Stop the blame game and focus on getting endangered people out and relief aid in. Giving up Bagram Air Base, a large and more defensible asset, was a key mistake, and it may be necessary to regain it for corridor reasons. The Kabul airport will be defended, maybe for a short time. Its problem is that many of the people who need to get out of the country won’t be able to pass through the Taliban’s checkpoints around the Kabul airport. The coalition of nearby powers would be essential for forcing the corridor to remain open, and the Taliban might be willing to trade recognition for this concession.

Main takeaway: America does not know how to stabilize failed states. We imposed modern military technology on the Afghan army, and we imposed modern civic structures on a failed state. In the aftermath of Vietnam and responding the the “high” of post-9/11, little was learned about the anthropology of such pre-civil-war states — including their desire to control their own destiny and not be dependent on another country. Biden needs to make this omelet.

Fix a course and stay the course. Afghanistan will be a chaotic mess for years to come, much like France after the Revolution, so patience, partners, and focus will be key. Rina Amiri, a special representative for Afghanistan and Pakistan Affairs, 2009-12, observes that Afghanistan has not been America’s longest war but rather “20 one-year wars,” as politics and strategies constantly shifted. America wants quick fixes, but there were none. Don’t perpetuate that pattern. Learn something!