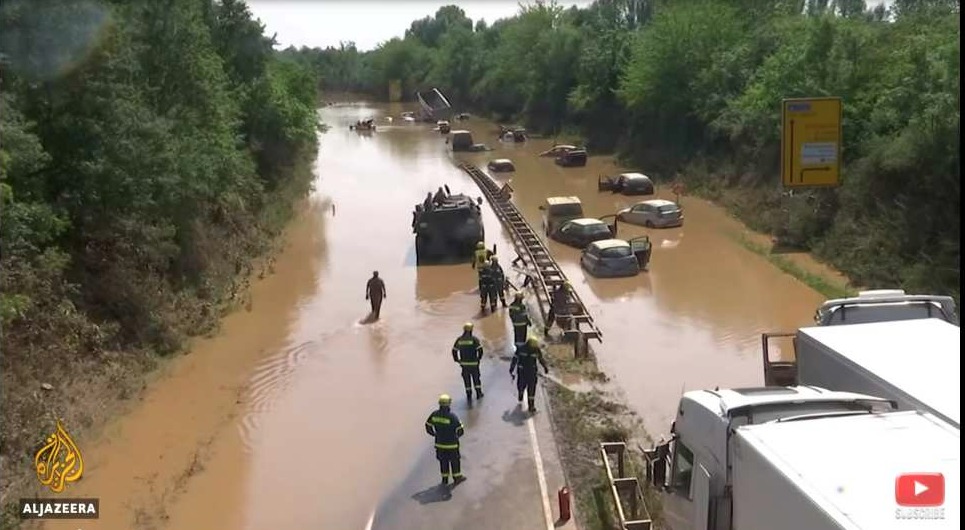 German Chancellor Angela Merkel was always going to be a hard act to follow.

Through 16 turbulent years, her steady hand and strong moral compass guided Germans through recession, a continental debt crisis, a million-strong migrant influx, a global pandemic, climate-driven catastrophe, and an erratic U.S. ally in the treaty-trashing years of Donald Trump.

As the Sept. 26 federal election approaches that will determine who succeeds Germany’s first female leader, there is no obvious outcome. Merkel’s Christian Democratic Union has topped the polls in a six-party race for more than a year, with the Greens close behind. But missteps and scandal have brought the frontrunners down a few pegs, no longer able to collectively win the right to seat a new government with their predicted shares of the vote.

CDU leader Armin Laschet has Merkel’s endorsement and claims to be the “continuity candidate” to carry her successes forward. The 60-year-old governor of Germany’s most populous state, North Rhine-Westphalia, has traveled a rocky road to the nomination. He is seen as having bungled the response to last month’s devastating floods in his state, where early warnings and evacuations might have spared many of the 200-plus killed in the disaster.

Laschet also sustained a self-inflicted wound when he was seen cracking jokes on the outskirts of a press conference during a visit to the flood-ravaged region, behavior criticized as insensitive and clownish among people who had lost their homes and loved ones.

The CDU enjoyed almost 40% voter support throughout 2020 and until this spring, when the Greens named their chancellor candidate, Annalena Baerbock, a charismatic human rights lawyer and London School of Economics grad. Baerbock, 40, is the first designated chancellor candidate in the Greens’ 41-year history and marks the party’s evolution from one exclusively focused on environment and social justice to a well-rounded political force capable of governing.

The Greens appeared ascendant until Baerbock became the target of right-leaning media that dredged up accusations of plagiarism and embellishing her resume. She has also been criticized for failing to seize the moment for her climate-central platform during the July floods. She toured the disaster area without a media entourage, reportedly to prevent politicizing the tragedy.

With campaigns in their final throes, polls show a fractured and volatile electorate. Five of the six political parties with seats in the current Bundestag are polling in double digits. That virtually assures an unwieldy three-party coalition will be necessary to comprise a majority and seat a new government.

Germany’s chancellor is not directly elected; the leader of the party winning the most seats gets first shot at negotiating with other parties. The haggling over which party gets what Cabinet posts is fraught enough in two-party coalition talks. Involving a third potential governing partner can delay the transfer of power by weeks or months and dismay voters who want to see the results of their balloting.  In 2017, the last time a three-party coalition was attempted, Merkel’s conservatives, the Greens and the Free Democrats squabbled for two months before the talks collapsed. The CDU then formed a “Grand Coalition” with the Social Democrats, pairing the traditional rivals in what has been relatively stable and collaborative.

German voters cast two ballots in federal legislative elections, one for an individual candidate in their local race for representation and the other for a political party. If current polling reflects voters’ intentions on party support, the CDU and Greens look likely to be part of the next governing coalition. Merkel’s conservatives have a seven-percentage point lead with 26% in the latest aggregate of opinion surveys. The Greens drew 19% of voters’ support, the left-leaning Social Democrats 17% and the center-right Free Democrats 12%. The far-right Alternative for Germany polls around 10% and The Left 6.8%. Neither of the two trailing parties is likely to factor into coalition-building. The four traditional parties have vowed not to collaborate with the anti-immigrant and anti-EU Alternative, and The Left has never been a party to federal leadership.

To simplify the alphabet soup of coalition negotiations, German media refer to the parties by color. Black for CDU, red for the Social Democrats, yellow for the Free Democrats and green, obviously, for the Greens.

Two three-party coalitions could unite the necessary majority: a “Kenya Coalition,” so called for the black, red and green colors of the Kenyan flag, and a “Jamaica Coalition,” of the black, yellow and green parties. Assuming the CDU and its Bavarian sister party, the Christian Social Union, win the most seats, Laschet would probably become chancellor under either of the foreign flag coalitions.

Yet nothing is certain in the convoluted quest for post-Merkel leadership. Just this week, the Social Democrats picked up a couple of percentage points in the INSA poll for Bild am Sonntag newspaper, pulling even with the Greens. The Social Democrats’ popular leader, German Finance Minister Olaf Scholz, now has enough support to team up with the Free Democrats and the Greens to win the chancellorship in a “Traffic Light Coalition.” Scholz polls ahead of Laschet and Baerbock as individual candidates and would likely win the top job if it was elected directly.

As the era of Angela Merkel draws to an end, there is little indication of what the 66-year-old plans to do in retirement. When asked about future plans, she has replied that she is too focused on handling the battle against the resurgent COVID pandemic to make any.

The deadly flooding last month served to dent Merkel’s legacy and challenge her identity as Klimakanzlerin – the “Climate Chancellor.” While Germany met its pledged carbon reductions for 2020, that was due to the economic crash caused by virus lockdowns and shuttered manufacturing. Germany still relies on fossil fuels for 75% of its energy production, a share that will be difficult to replace with renewables as Merkel reversed course and ordered the phaseout of nuclear power after the 2011 Fukushima plant meltdown in Japan.

Merkel’s final visit to Washington in July was cordial and somewhat healing, with President Joe Biden a welcome relief from Trump with whom she clashed on almost every foreign policy matter. Tensions remain, though, as Germany under Merkel collaborated with Russia in building the Nord Stream 2 undersea pipeline that will bring natural gas directly to Germany, bypassing Ukraine. The U.S. and other Western allies opposed the project for its potential to allow the Kremlin to disrupt the Ukrainian gas transport network and further damage the economy of a country from which Russia has annexed the Crimean Peninsula and backed separatist rebels in two eastern provinces. Russia remains under U.S. sanctions for the forceful seizure of territory from a sovereign country.

Under Merkel, the U.S. lost its status as Germany’s largest trade partner as China moved into that role. German business and industry have avoided criticism of Beijing for human rights abuses of the Uighur Muslim minority and pro-democracy activists in Hong Kong. Merkel’s government has been openly critical in Western forums but less confrontational with the Chinese Communist regime.

She nevertheless will be leaving office with an impressive report card. Her approval ratings are the envy of most democratic leaders, with 78% across party lines agreeing that she is competent, 77% see her as a strong leader, 71% say she is trustworthy and 69% find her likable.

Germany has vaccinated 83% of its population, second only to Britain among leading democracies. And in spite of some backsliding on phasing out fossil fuels, she launched a $590 billion “Energy Change” program that should make Germany climate-neutral in conformance with the Paris Treaty.

Carol J Williams
Carol J. Williams is a retired foreign correspondent with 30 years' reporting abroad for the Los Angeles Times and Associated Press. She has reported from more than 80 countries, with a focus on USSR/Russia and Eastern Europe.
Previous article
So Long Henry! An Iconic Northwest Beer is No More
Next article
Six To-Do’s for November’s Election