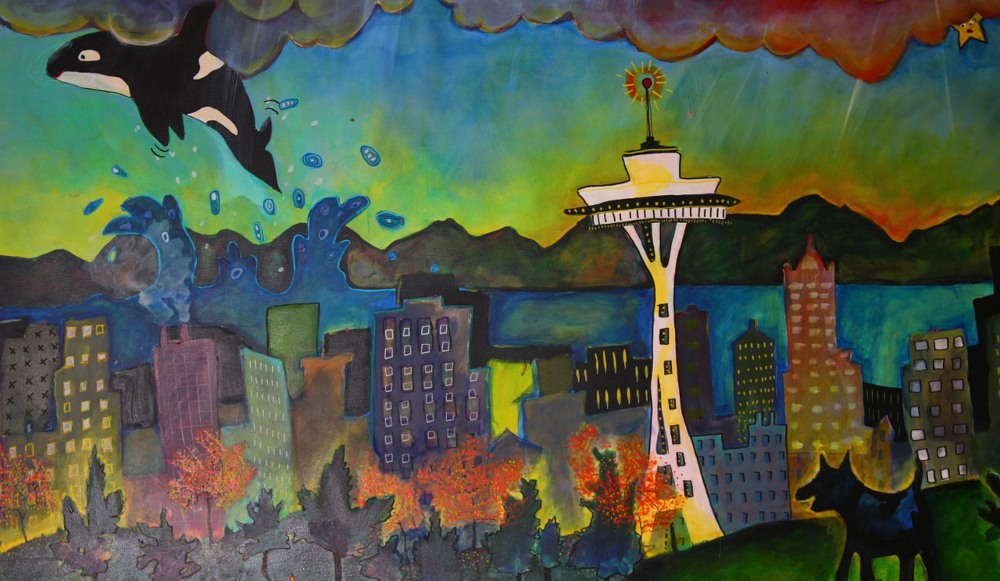 Sizing Up the State of Seattle Politics

Drawing voter attention to a seminal election during high summer in Seattle evokes a long-ago lament from one local minister: “Our congregation has its ups and downs this time of year.  They’re up in the mountains or down on the Sound.”

The electorate does have vital reasons to tune in, despite a dismal campaign.  The election in the Emerald City has unfolded along familiar lines. Candidates for Mayor and City Council court special interest groups at forums. It’s the politics of tell them what they want to hear, with genuine debate almost nonexistent. The pursuit of endorsements consumes inordinate time.

“We do the thinking for you,” The Stranger once told readers, touting its endorsements.  The Seattle Times has headed down the right lane, pretty much staying in that lane since Fairview Fannie touted reelection of gambling tolerance-policy kingpin, King County Prosecutor Charles O. Carroll, when I voted in my first Seattle primary back in 1970. (Carroll lost.)

Where do they get these candidates?  Of more consequence, why don’t Seattle voters strike out and make their own, better choices?  By endorsing a weak primary candidate in Cary Moon – a rich white woman who kept running down “white people” – The Stranger in 2017 shot down State Rep. Jessyn Farrell, who could have run even with and possibly beaten Jenny Durkan.

The Times, this go-round, is backing Bruce Harrell.  The Stranger, Publicola, MLKing County Labor Council, and Sen. Bernie Sanders are lined up on the left behind Seattle City Council President Lorena Gonzalez.  Every day, it seems, the Gonzalez campaign emails me another endorsement in case I missed it.

Voters should be taking a long, hard look at two other mayoral candidates, ex-Rep. Farrell with her record on transportation and role in shaping the state’s minimum wage, and ex-Chief Seattle Council executive director Colleen Echohawk, who has a superior record to the city in building affordable housing, in her case for the homeless Native community.

Tuning in isn’t easy.  Until the date of the primary was moved forward (August 3 this year), we were used to paying attention to politics starting with Labor Day. (A mid-summer “Hacks and Flacks” party did give campaign managers the opportunity to talk to each other.) Summer weather aside, this is a fine time to size up the state of Seattle, its increasingly hard-left politics, left-activist City Council and the revolving door mayor’s office on the seventh floor of City Hall.  Decisions we make with ballots stand to impact lives of a squeezed, discontented city that has added more than 100,000 residents since 2000.

Voices on the left would put City Council actions of the past year on steroids. When Mayor Durkan told a presser that 250 officers have left the SPD in the last 17 months, Demand Progress campaign coordinator (and ex-Mike McGinn aide) Robert Cruickshank Tweeted: “Some good news today.”  A second missive: “Ten years after the latest police reform process began, Seattle police continue to be racist. They cannot be reformed. Time to defund and use that money to address public safety in an anti-racist way.”

Agree with him? After a weekend that witnessed multiple murders in the city?

The left turn in local politics has come at the expense of the “Seattle process,” which was ponderous but made the town work. “The thing about this city is that everybody needs to be consulted about everything,” the Very Rev. Fred Northup, former dean of St. Mark’s Cathedral, once reflected.  “Process” produced, for example the business-labor panel that worked out Seattle’s plan ramping up to a $15-an-hour minimum wage, with phasing in for small business.

In this year’s campaign, however, we’ve seen Lorena Gonzalez make a big deal out of her refusal to fill out a candidate questionnaire from the Downtown Seattle Association.  The DSA understandably puts emphasis on restoring life to what was a vibrant downtown and magnet for the region.  But, says Gonzalez, courting The Stranger’s endorsement, “Big corporations have too much say.”

How can the city bring everyone to the table – a prerequisite for recovery – with a mayor who cold shoulders major employers?  A city divided against itself works only for benefit of professional dividers. Instead of “most livable,” our politics has descended into tactics of intimidation, as when anti-police protesters show up at councilmembers’ homes.  Sawant has consistently sought to strong-arm colleagues by packing council chambers.

Seattle used to get a lot of things right, albeit taking its time.  Protests in the 1960s challenged redlining and brought government services to the Central Area.  The City Council in the 1970s refused to let City Light invest in two Washington Public Power Supply System nuclear plants, a courageous act that later triggered the largest municipal bond default in American history. The Pike Place Market and Pioneer Square were not given over to parking lots.

The best recent legislator on the City Council, Tim Burgess, steered the city’s response to police reform requirements of the Justice Department’s consent decree. Burgess managed to bundle a balky, overmatched Mayor Mike McGinn onto a train leaving the station. Burgess also was architect of a preschool program that may finally narrow the city’s learning gap. We badly need a Burgess replacement.

The 2021 election offers voters an opportunity to take corrective action.  Surveys show a lot of anger out there, much of it directed at the City Council.  Does the city ratify and expand on the council’s behavior, a path taken by the Gonzalez campaign? Do we turn to Bruce Harrell, who is avuncular, supremely self-confident, and not one to rock the boat?

The Seattle left buys into class conflict, hoping to use the city as a laboratory for taxing employers, and targeting the police. Bernie Sanders has reason to be turned on by such an agenda. More likely, in my view, local voters want a city of safe parks and paths, where petty crime does not drive out small business, and where government delivers services better.

In summertime Seattle, the living is easy, but electoral homework beckons.  Do your own thinking. It’ll do the town good.