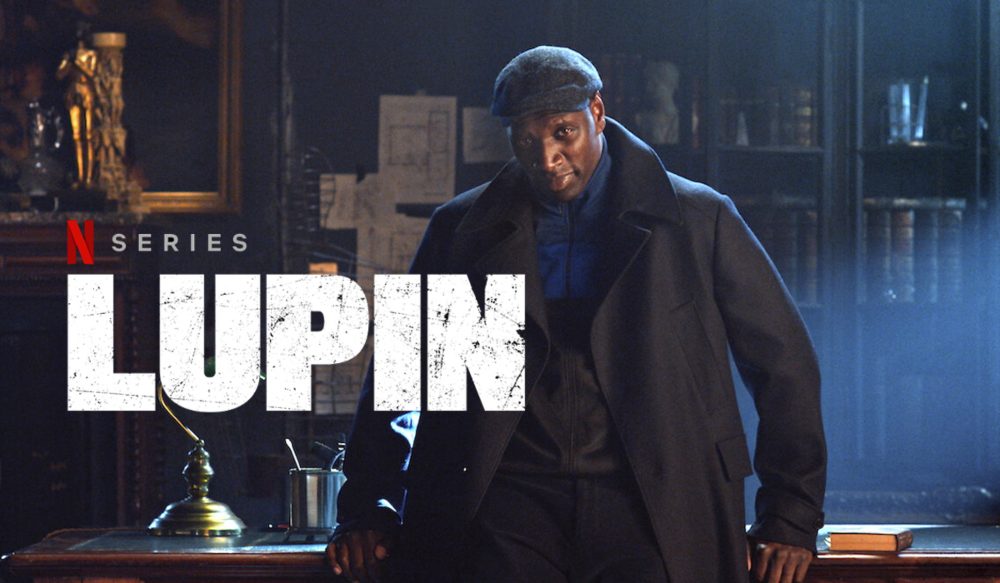 The first time I can recall hearing that everybody was watching a miniseries was back in 1977, when Alex Haley’s Roots hit the ABC network.

Granted, that was for a Nielsen Rating value of everybody, but some of the viewership records it set are still standing. In the long term, Roots’ significance remains greatest as evidence that a huge television audience could be persuaded to watch a more or less truthful depiction of the experience of Black Americans before their blackness achieved compulsory capitalization.

Nearly 45 years later, it seems somehow both fitting and fated that the show everybody is watching this summer is a 9-hour, 10-installment limited series in which class and ethnicity and gender are the raw material of everything we see, but the story told is a just one more fiendishly clever manipulation of our times’ inexorable submission to the superhero genre.

Arsène Lupin the Gentleman Burglar made his first appearance in 1905 in the magazine Know-it-All (Je sais tout). He rapidly became a kind of secret identity for several generations of male  adolescents and, unlike English-language avatars of the same period and ilk, an unashamed object of loving nostalgia.

The reason Lupin can still rule adult French imaginations today is that ostensibly he isn’t a superhero: like our own Sherlock Holmes, he’s just immeasurably better at his game than anybody else. (Recall the huge acclaim and audience earned by the BBC’s revival of Sherlock before it went spectacularly off the rails in mid-third season.) To paraphrase Arthur C. Clark’s immortal dictum: at a certain level, a human genius is indistinguishable by lesser creatures from a magician.)

Lupin’s huge viewership in France was predictable: It is light entertainment presented with extravagant polish and knowing irony to the multiracial French bourgeoisie of today. What was not expected was that the phenomenon would survive subtitling. Lupin took US Netflix by storm when the first five episodes dropped in January; the second batch of five released in on June 11 elicited something never seen before: along with throngs of new viewers, people who already had watched in January went right back to the top and binged their way through to Episode 10 over the next few days.

Reader, so did I, with ever-growing admiration for the sheer cleverness of the show’s British creator, master showrunner George Kay. Let us be clear: the original Lupin stories are embarrassing cheese if encountered today, in English, by an adult reader. But Kay is a fan-boy who is in his own way a genius. He can convert a package of Kraft Cheddar Squares well past its sell-by date into premium artisanal cave-aged Roquefort capable of sending the austere voters of Rotten Tomatoes and Metacritic into slavering rhapsodies of overpraise.

And . . . sorry . . . overpraise it is. There are quite a few shabby aspects to Lupin, most of them due to the sheer pre-release certainty that the show would be a smash. And the biggest of the fudges is center-screen, in the role of the resourceful master of disguise himself.

Omar Sy became the most popular and salable actor in France with Intouchables (2011),a charming but astonishingly manipulative dramedy about a paralyzed nobleman who hires a boy from the French version of da hood as his personal care-giver.

He has owned the francophone media ever since.

Today there’s nobody quite like Sy in American cinema: Tom Hanks? Too old. Vin Diesel? Not charming enough. Sy’s sidelong smile makes Francophones melt, croon and bubble, despite his remarkable resemblance to Shreck in the Dreamworks franchise, minus the little mushroom ears.

He’ll make you melt, too. What he can’t do is persuade you he’s a lithe snakelike master of disguise. He’s big. He’s slow; it takes extravagant camera work and editing to make him look plausible in a fight scene. His disguises are treated like private jokes with the audience: yes, of course, how could anybody fail to notice the huge guy with the ridiculous Bonzo-the-Clown-sized fake moustache, bushing through the crowd mere shoulder-height around him? But we just have to get him to where he needs to be for his next exploit, and you want us to get him there, right?

Yes, you do. Plausibility is way down the list of subtleties we can do without. So is an unaccountable drab murky visual palette so different from the razor-cut editing and bubbling audio and music tracks.

And the biggest award of all goes to the shamefully uncredited geniuses who cast the series. We often grow fond of recurring characters as a show unreels, but Lupin is something special in that line: every single face we see is allowed to hook our attention, develop its nuances, worm its way into permanent memory.

Everybody, from the Comédie française’s Hervé Pierre as the loathsome supervillain down to Vincent Londez’s rock-jawed, baffled police captain, who would get billed as Cop #5 in a less-knowing, less-generous show. You may never see some of these people again (though I hope I’m wrong in the case of gorgeous plain-Jane Officer Babakar (Fargass Assandé) but you won’t forget their faces or the stories those faces suggest.

So, yes, do watch Lupin. It’s exhilarating, funny, the current state-of-the-art in smart light multi-ethnic post-modern bourgeois world entertainment. But try to remember that by the standard of 1977’s Roots it’s not any kind of step forward.

Roger Downey
Born in Canada moved to Peru's altiplano at the age of six; came to the U.S. at 10 to discover that you don't use your feet to dribble the ball. Learned from the git-go that "America" is an idea, not a place.
Previous article
Oklahoma Slim, Chronicler of the Vanishing Hobo
Next article
Cautiously: BC Loosens its COVID Shutdown