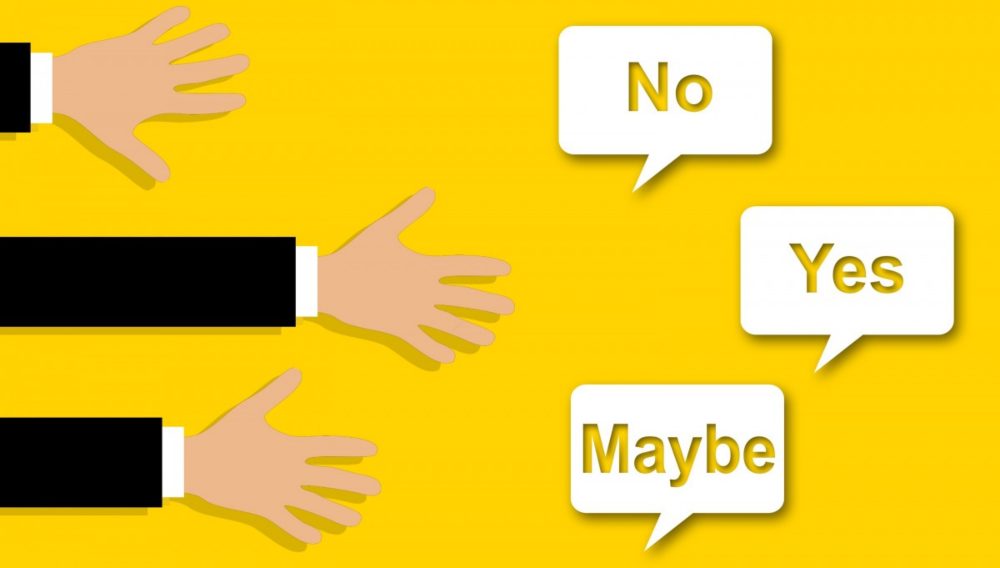 When Washington voters crack open their ballots this fall, they may notice something missing: 2021 will be the rare year without a statewide ballot initiative or a citizens’ referendum challenging something the Legislature did earlier this year.

Years without direct democracy at the state level are rare, and the last one was in 2017. Before that, you have to go all the way back to 1989. As of mid-week, no serious signature-gathering campaign had emerged for any of the more than 45 initiatives or the two referendums filed with the Secretary of State.1 Likewise, no ballot committee has reported spending any money of significance to the Public Disclosure Commission.

The deadline for initiatives to the people is July 2, just a week away. The referendum deadline is July 24.

For political writers like me, this drought is sad. A meaty ballot measure can be a godsend in a slow, odd-numbered year, with boatloads of fat-cat money to track, mendacious campaign messaging to debunk, and the general scorched-earth spectacle of initiative politics.2 But sometimes the absence of something can be as interesting and meaningful as its presence. So let’s look at the reasons, some obvious, some subtle, why you won’t be puzzling over opaque ballot titles and trying to parse dueling lies in the voter pamphlet this fall — unless you live in Seattle3.

We’ll start with the most prominent initiative-in-waiting that didn’t happen: Maverick Gaming’s push to win the right to offer sports betting at its non-tribal card rooms around the state. Attentive readers will recall that Maverick showily dropped $1 million into its political action committee this winter, clearly signally a plan to go to the ballot if the Legislature continued to rebuff the company’s case. That money is still sitting there, unspent. Maverick wouldn’t comment except to confirm they’re not going to the ballot this year.

So here are some reasons for the dearth of ballot measures:

Signature-gathering is labor-intensive and expensive in the best of times. Unless you’ve got an army of zealous volunteers, getting to the ballot in the past cost $1 million or more just to gather the signatures. Even in the absence of the coronavirus, that number figured to get larger because 2020’s record election turnout drove up the number of signatures required to qualify — to 324,516 for an initiative and 162,258 for a referendum.4

With the coronavirus, that would have been even more brutally expensive, since many folks are even less interested in being stopped by a stranger with a clipboard than they were in the Before Times. Meanwhile, many of the major events — ballgames, concerts, etc. — that offer signature gatherers long lines of bored people who can be cajoled into signing just haven’t been happening thus far this year. I hear signature-gathering firms were looking for as much as $9 per Jane or John Hancock signatures this year, which would have pushed the price tag just to get on the ballot to more than $3.5 million. Add in the uncertainty of campaigning in the waning pandemic and low turnout in odd-numbered years, and waiting a year starts to look like the smart play.

Maverick Gaming also faced the additional hurdle of getting 60 percent of the vote in November, which the state constitution requires for expansions of gambling. Polling from both sides indicates that would be a tough lift, even tougher in a low-turnout election.

Reason 2: Tim Eyman’s out of the game — sort of

The state’s foremost — and most notorious — practitioner of initiative politics has been essentially banned. The restrictions Attorney General Bob Ferguson won against prolific anti-tax activist and frequent violator of campaign finance laws Tim Eyman mean that while he kept filing measures — he’s responsible for more than half the initiatives filed this year and both of the referendums — he’s largely hamstrung when it comes to getting them on the ballot.

Eyman’s ability to speak to the tax-averse conservative streak in Washington voters has left indelible marks on Washington politics and government, even if Eyman did poorly in his campaign to be governor, not even surviving the primary. If Ferguson’s crusade to banish him is successful, it will be interesting to see if someone picks up his petitioning clipboard.

One reason we haven’t seen more things on the ballot in recent years is the Legislature’s increasing inclination to protect its more controversial moves from the referendum. That happened to Maverick last year when lawmakers apparently decided allowing sports gambling at tribal casinos constituted an “emergency.” It happened even more starkly this year when the Legislature narrowly passed the capital gains tax, one of the biggest pieces of referendum-bait in state history, shrewdly attaching language preempting a referendum.

In the past, aggrieved stakeholders have ignored that tactic and gone straight to an initiative to overturn the Legislature, but that’s both more expensive and more difficult.5 For now, the monied interests opposed to the capital gains tax are biding their time and letting a constitutional challenge to the tax play out in the courts. Should that challenge fail, look for an initiative campaign in 2022.

The very threat of the initiative kept lawmakers from tackling some hot-button issues that might have wound up on the ballot.

This time last year, for example, organized labor and its allies were spoiling for a fight with Lyft, Uber, and other gig-economy companies over whether their workers are independent contractors or employees. Lyft spent a king’s ransom in last year’s fight over control of the state Senate, and the gig economy writ large spent more than $200 million — enough to ransom several emperors — on a ballot measure paving over the California Legislature on that very issue. Strangely enough, even mild attempts to regulate that sector died in Olympia this year. That means Lyft et al. aren’t headed to the ballot to pave over the Washington Legislature. Clearly, the message got through.

A sugary beverage tax aimed at raising money for public health met a similar fate. Lawmakers no doubt remembered the $21 million Big Soda dropped on a ballot initiative in 2018 to prevent other local governments in Washington from following Seattle’s example in imposing such a tax. That measure passed with 56 percent of the vote, and there’s zero evidence either Big Soda or the voters would have responded differently this year. We know this because they did it way back in 2010, persuading 60 percent of voters to repeal taxes on soda and candy.

Conversely, the unusually active 2021 Legislature actually did some things that might have wound up on the ballot if they had not acted.

The deep-pocketed philanthropists who helped push for the state’s massive expansion of subsidies for child care and early learning were contemplating taking that idea directly to the voters if lawmakers didn’t adopt it. Instead, the Legislature tapped the vast pool of federal COVID 19 relief money to pay for the expansion of these benefits in the short term, with new revenue from the capital-gains tax (if it survives legal challenges) scheduled to pay for it in later years.

Advocates for law-enforcement reforms aimed at curbing police brutality would surely have gone to the people if lawmakers had not acted. But several bills aimed at addressing those problems passed. Advocates for reining in carbon emissions have twice been to the ballot in recent years — failing badly both times. This year the Legislature finally passed two landmark measures — a cap-and-trade scheme aimed at reducing carbon from major emitters, and a low-carbon fuel standard aimed at encouraging the adoption of electric vehicles and boosting production of biofuels.

In past years, the cap-and-trade bill and the low-carbon fuel standard might have faced deadly serious challenges from the oil industry and its allies. As recently as 2018, BP spent millions to defeat a carbon-taxation scheme. But a subtle shift in both policy and corporate strategy moved both BP and Shell out of the opposition camp on that issue. While the rest of the industry still fought the low-carbon fuel standard hard, the division among its largest players likely kiboshed any plan to force a vote.6

More than 100 such initiatives have been filed thus far in 2021, most by Eyman. His measures are mostly duplicative iterations of measures banning income taxes or carbon taxes. At this point, there isn’t much indication that he can work around the restrictions on his campaign activity. But a new player in this space may be emerging. State Rep. Jim Walsh7, R-Aberdeen, has filed several initiatives to the Legislature. Those measures include banning taxes on personal income, requiring a vote of the people for any statewide tax increase, reducing the governor’s emergency powers, and banning governments from requiring proof of vaccination for access to public spaces.

Walsh, a conservative populist who represents Southwest Washington’s largely blue-collar 19th District — think Longview out to the coast — is essentially repurposing several Republican ideas that went nowhere in Olympia this year. When I reached out to Walsh he described these initiatives as an experiment born out of the frustration that comes from being in the Legislature’s minority. But they also strike some of the same political chords that Eyman strummed for many years. It’s not hard to imagine Walsh emerging as a new practitioner of that brand of direct democracy — without Eyman’s baggage.

1 Simply filing an initiative or a referendum is easy and cheap. All you need is $5 and an idea.

2 Unlike candidate campaigns, an initiative or referendum campaign doesn’t need to actually govern after the election, so they can play as rough as necessary to get to 50 percent plus one vote.

3 The proposed city charter amendment on homelessness known by the richly ironic monicker “Compassion Seattle” has all the elements of a juicy ballot measure campaign, Seattle-style. There’s fat-cat commercial real estate money, all manner of performative hand-wringing, wild distortions of what the measure would do on both sides. Really everything you could want in an initiative campaign. To most people outside the city limits, it probably looks like two factions of Seattle Crazy.

4 That’s 8 percent and 4 percent of the votes cast in the most recent election for governor.

5 A referendum asks voters whether the law in question should be enacted or not, so a “no” vote overturns the legislation. An initiative to repeal a law requires the voter to vote “yes,” which is more difficult and confusing.

6 A similar repeal attempt in California bankrolled by the oil industry failed, in part because of the star power of then-Gov. Arnold Schwarzenegger.

7 Many will remember Walsh from last year’s yarn I told about Maverick Gaming’s ham-handed attempt to get him unelected over the emergency clause mentioned earlier in this story.

This story originally appeared in the author’s news site, The Washington Observer.

Paul Queary
Paul Queary, a veteran AP reporter and editor, is founder of The Washington Observer, an independent newsletter on politics, government and the influence thereof in Washington State.
Previous article
New World for NCAA Athletes after 9-0 Supreme Court Loss
Next article
Same as it Ever Was? Mayor’s Race Heads Down Familiar Path