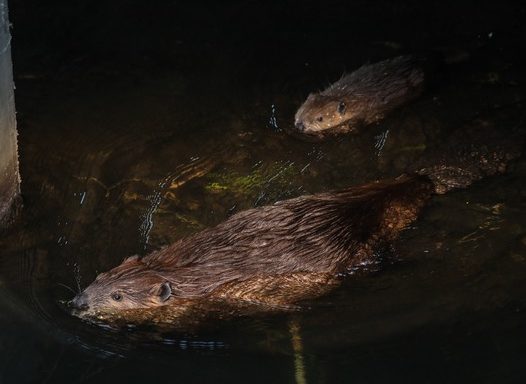 Gift of the Pandemic: Return of Beavers and Other Shy Wildlife

COVD year has been hard for people, but other species have been happy. Reclaiming land,  they’ve been more visible in the city’s green spaces, parks and the public areas, especially in the outlying suburbs.

Bird watchers are happy. While we were confined to indoors the blackbirds and starlings—no stranger to urban places—have been taking over the sidewalks. Same with pigeons. Gulls have been tapping on windows along First Avenue and wheeling through empty streets.

Lots of mammals have been more visible too, and not just the rats.  There are videos of California Sea Lions, for instance, hauling out near Ballard. Top predators such as cougars, bears, and coyotes have always been in the area, but they’re getting spotted more in our suburbs, where some have managed to survive.

As we try to arrest global warming, It turns out that beavers—our large rodent natives—have been “essential workers” all along. By slowing streams and creating pools, they protect salmon habitat and much more. As cars and shopping centers took over the suburbs, beavers didn’t have a chance.  Now there’s a short reprieve.

Lately, King County has been trying to give the beaver population a more durable break, with the goal of bringing back waterways and restoring habitat. Jennifer Vanderhoof works on this task, helping homeowners to thrive alongside beaver neighbors. She reports fewer conflicts between beavers and humans, though there may be more “trap to kill” incidents now.

Beavers are feared for their ability to fell trees and cause “flooding” in areas where developers have built driveways. Homeowners are within their rights to trap and kill, but King County would like them to consider the fragile beaver population and the health of the planet, and choose easier and less lethal alternatives. Two alternatives are wrapping trees in obstructive fencing or painting them with protective grit.

You don’t have to live in the suburbs to spot native beavers building dams and raising kits inside the city. There are sightings along creeks and trailways in large parks, and this is the best time of the year to spot mothers and their young. In spite of all the pavement and sprawling suburbs, the pandemic has shown us that humans and wild species can be good neighbors.

Clair Enlow
Clair Enlow is a freelance journalist writing about architecture, planning and history. She’s a Loeb Fellow and an honorary member of AIASeattle.
Previous article
We Know How to Manage Seattle’s Homelessness Problem. So Why Are We Waiting?
Next article
New World for NCAA Athletes after 9-0 Supreme Court Loss