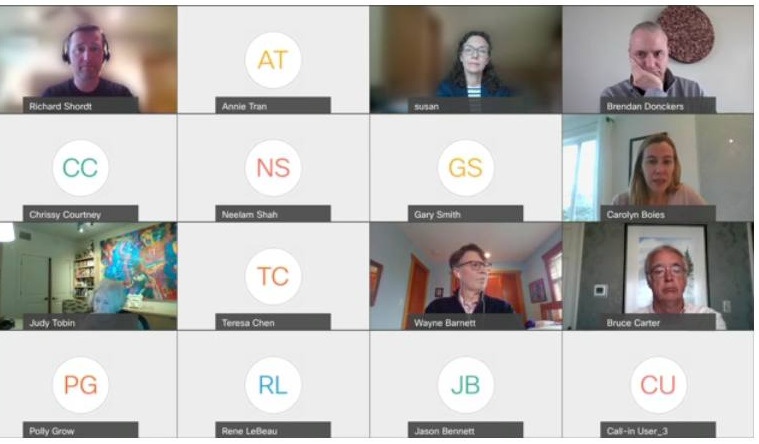 In the past few weeks both the city’s eleven elected officials and also the current candidates for elected office have filed their required financial disclosure forms, indicating their personal assets, their debts, and any positions they hold in external organizations. One of those financial disclosures, by a candidate who currently works for the City Council, raises conflict of interest issues — as well as questions about the low standard under which such entanglements are policed.

Brianna Thomas has worked for City Councilmember (now Council President) Lorena Gonzalez since the first day Gonzalez took office in 2015. In addition to serving as Gonzalez’s chief of staff, Thomas also serves as a legislative aide in her office working on labor standards, criminal system reform, and intergovernmental relations. Thomas is also running as a candidate for City Council Position 9 this year, to replace Gonzalez who in turn is running for Mayor.

According to the financial disclosure form she filed as a candidate, Thomas is vice president and secretary of the board of Working Washington. For those new to Seattle politics, Working Washington is a 501(c)(4) political organization, registered lobbyist, and registered PAC that was founded in 2011 and has recently become a power player in Seattle and Washington political circles. Its web site says that it is “a statewide workers organization that fights to raise wages, improve labor standards, and change the conversation about wealth, inequality, and the value of work.”

The Seattle Municipal Code section 4.16 sets out the Employee Code of Ethics. Among other rules and restrictions, it states that city employees may not:

The Employee Code of Ethics is interpreted and enforced by the Seattle Ethics and Elections Commission. As explained by SEEC Director Wayne Barnett, the emphasis in the code on “perform[ing] any official duties” means that a city employee’s “status” cannot be a violation; only specific actions that they take. In the case of Thomas, the mere fact that she holds conflicting positions with the City of Seattle and Working Washington doesn’t violate the Code of Ethics; a violation would require her to take a specific action where a reasonable person would believe that her judgment is impaired because of the conflict. Importantly, the ordinance also states that any potential violation can be circumvented if she discloses the proposed action ahead of time and neither the SEEC Executive Director nor her boss object.

According to the Seattle City Council visitor logs (which stopped posting information in March of last year when City Hall was closed due to COVID), Working Washington’s registered lobbyists actively lobbied the City Council in 2018, 2019 and early 2020 on a number of labor-related issues and legislation. Those meetings included one directly with Thomas on March 23, 2018 to discuss the “domestic workers’ bill of rights” that was being drafted at the time. The visitor logs also record a meeting between a Working Washington lobbyist, Josh Fogt, and Councilmember Gonzalez on June 20, 2019, to discuss “labor standards issues.” According to Barnett, both of these meetings would likely require pre-disclosures by Thomas. And if Thomas were actively working on legislation or issues while Working Washington lobbyists were meeting with other Councilmembers or their staff — potentially some of the dozens of other meetings that the visitor logs records — those would also require pre-disclosure notices by Thomas.

It should be noted that Thomas has made efforts to ensure that her position with Working Washington was disclosed to Gonzalez and Barnett, both when she first became a city employee in 2015 and again when she rejoined Gonzalez’s staff after a brief stint with the Office of the Inspector General after it was first established. However, each conveys a different view of their conversation. According to Barnett:

“As I explained to Brianna when she called me – I believe it was when she returned to [Gonzalez’s] staff from OIG, but I can’t rule out it was when she was considering going on the board of Working Washington (WW) – she (1) cannot participate in a matter in which WW has a financial interest, and (2) would need to disclose before participating in anything in which a reasonable person would question her independence of judgment because of her WW board membership.  To the best of my recollection, I’ve not received any disclosures from Brianna.”

Thomas, on the other hand, said in an interview that she had been given the all-clear by Barnett on continuing to hold the position, and gave no indication that she needed to, or had at any time, disclosed any specific actions she had taken while performing her duties that could be perceived as a conflict.

“We checked in with Wayne Barnett at Seattle Ethics and Elections, and he said, ‘there are plenty of city employees who are serving on boards that then lobby the Council,’ or lobby the Mayor, lobby the city for policies that they want to see advanced, so as long as it is a known quantity, which my communication with Wayne made it a known quantity,  then my understanding is that kept us above board.”

She also explained why she thought, despite her role as a corporate officer, that a conflict of interest didn’t exist:

“The board does really act as a ‘bigger picture’ directive. We don’t manage day-to-day activities. We don’t set campaigns. We don’t write the narratives, we don’t choose the language in terms of how we are advocating. That’s all driven by the members. Those decisions aren’t made by the board. I don’t direct policy or campaigning. And so I haven’t felt like there was that tension because it’s the workers of Working Washington that set the agenda.”

The issue here, or at least the important one worth reflecting upon, isn’t whether Thomas made technical violations of the Employee Code of Ethics by failing to pre-disclose specific actions that could be perceived as conflicts, after making no secret of her position with Working Washington. The real issue is that the ethics code is so lax, and it is structured, interpreted and enforced so passively, that it takes substantial effort to violate it and be held accountable. It only applies to specific actions, not positions held. In many cases, merely disclosing the conflict is enough to circumvent restrictions. And importantly, violations must be discovered: that’s hard to do outside of the city government, and there is no one inside the government who is actively looking for violations.

This has created a culture of casual laziness that undermines basic principles of ethical government. It sends the message, “It’s OK to have a conflict of interest, you just need to disclose it when you intend to do anything that others might see.” The practical extension, however, is this: it’s really only an issue if someone might object when you disclose it. And that pushes it out of ethics and squarely into the political realm. Imagine how unthinkable it would be for the President of this City Council to have a Chief of Staff who is on the board of the Chamber of Commerce. Instead, Thomas has been on the board of the Chamber’s political arch-rival — and no one has said a word for five years. The appearance of being influenced is not considered an issue in Seattle City Hall, as long as it’s the correct group doing the influencing.

Now that Thomas has filed as a candidate for City Council, she is seeing her relationship with Working Washington in a different light, and this week she formally quit the board and cut her ties. She called it “a harder bridge to cross” for a sitting Council member to have that kind of tie, because in her view, “policy is supposed to be made on the dais.”

Certainly one of the reasons that the lax ethics regime is so problematic is that there is currently no “loyal opposition” in the entirely left-of-center City Council. The Councilmembers are not invested in keeping each other and their respective staffs honest, and as is the case with Thomas, most of these kinds of violations are only seen by insiders. If Thomas hadn’t chosen to run for office, and subsequently filed a financial disclosure, her conflict would likely have gone unnoticed and unreported.

In short: the ethics code is mostly toothless; the SEEC is powerless to meaningfully enforce it; and elected officials’ only practical constraint is to keep their relationships within the bounds of the politically acceptable.

If Seattle is going to succeed as a one-party town, it needs to figure out how to have a real culture of ethics in city government in the absence of political pressures to resist external influence and conflicts of interest. No, it’s not okay to have a conflict of interest. They erode the public’s trust in government, and right now public trust is in woefully short supply.

This story previously ran in our partner site SCCInsight

Kevin Schofieldhttp://sccinsight.com
Kevin is a city hall reporter and the founder of SCC Insight, a web site focused on providing independent news and analysis of the Seattle City Council and Seattle City Hall in general. In a previous life, he worked for 26 years in the tech industry in a variety of positions but most notably as the COO of the research division at Microsoft. Kevin volunteers at the Woodland Park Zoo, where he is also on the Board of Directors. He is also the Vice Chair of the Board of Trustees of Harvey Mudd College.
Previous article
The Gray Lady Grandly Opts Out of Op-Eds
Next article
Study: Cascade Glaciers May Be Gone by Mid-Century