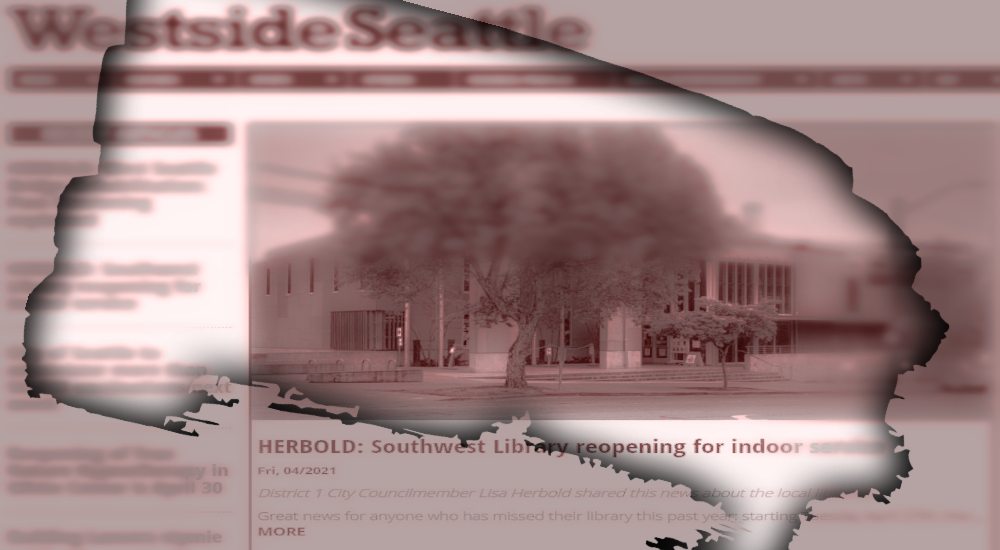 April, dubbed the “cruelest month” by poet T.S. Eliot, has lived up to its reputation. It saw the death throes of half a dozen community newspapers — Ballard News-Tribune, Highline Times, West Seattle Herald, Des Moines News, SeaTac News and White Center News — final print editions of the Robinson Newspapers chain. It was a sad demise of a once proud local empire, caused by a fatal economic spiral, one that presaged loss of hundreds of print editions, throughout the nation.

Google, Facebook and Craigslist have stripped away most advertising from print newspapers and it was only through small local businesses advertising and subscriptions that the Robinson newspapers were able to keep afloat this long. As recently as three years ago, the Robinson brothers knew they were close to operating on fumes.

Then came the pandemic with further economic slowdown. “That pushed us over the top,” explains co-publisher Ken Robinson. “My brothers (Tim and Patrick) and I hadn’t taken a salary for three years and it became apparent we were finally eating into the seed corn.”

Hoping to avert disaster, Ken Robinson said the brothers went looking for a well-heeled partner. They talked to David Sabey, CEO of the Sabey Corporation, who grew up in nearby Tukwila. Sabey was known to have a weakness for rescuing community landmarks, although not always successfully as with his futile attempt at saving the beloved Frederick & Nelson department store in the late 1980s.

Sabey passed up the opportunity to rescue Robinson Newspapers as did others. Among those approached was Alan Fisco, president of the Seattle Times. Ken Robinson invited Fisco to come to lunch in White Center, hoping to interest the Times executive in a partnership. But, after studying the Robinsons’ financial outlook, Fisco declined, citing the Seattle Times‘ similar struggles with its Yakima and Walla Walla papers.

There was even a small “GoFundMe” campaign; but when it didn’t work out, the brothers had  to face the inevitable. The decision to end print editions of the six remaining papers has hit the three Robinsons especially hard. Ken observed, “It’s been a melancholy week.”

His brother Patrick, who has been serving as “director of new media,” recently wrote on the Westside Seattle website about the family history. He explained that their late father Gerard (Jerry) Robinson established the family enterprise in 1950s. He explains, “My father worked for a newspaper and, when I was just six months old, he bought one.”

The family wasn’t well-to-do. There were four young boys living in a modest home just East of White Center. After Jerry Robinson convinced the owner of the paper that he was trustworthy, banker John Mueller made him an offer; he’d sell him the White Center News, letting him pay for it over time.

Jerry Robinson, in his son’s words, was “a nearly perfect newsman.” He was friendly, inquisitive, easy going, an excellent writer, convincing salesman and a wonderful photographer.” He also had four boys who grew up working at paper learning every part of the business. Ken tells about going to work at 11 as a printer’s devil and continuing to learn the trade. The four brothers all worked at the paper, learning every part of the business, writing stories, taking pictures and selling ads.

Meanwhile their dad built the business from a small community newspaper into a local media empire. He cofounded the Federal Way News, bought the Des Moines and Highline papers and later the Ballard News, Monroe Monitor and West Seattle Herald. Eventually with 12 papers and hundreds of employees, Jerry Robinson was named president of the Washington Newspaper Publishers Association. He and a partner bought and installed the first Web Offset press on the West Coast in 1957, bought FAX machines, invested in cold type and developed the first all-digital video and audio production facility in downtown Seattle.

Writing in Westside Seattle, Patrick Robinson pays tribute to his dad, reporting that during the successful years Jerry Robinson never forgot the importance of the paper and what it meant to readers to have their stories told in the paper. An eternal optimist, he always said, “A community needs a paper.”

Sadly, that will no longer be true in communities along Puget Sound’s western shore, although the Westside Seattle website will continue to be active. Having to say farewell to the print enterprise, according to Patrick, has been “the most heartbreaking experience of my life.” The final printed issues will roll off presses April 30. He calls it “the end of an era.” He concludes, “When you have the smell of ink so deeply imprinted in your memory that it is like an extra letter in your DNA, it’s extremely hard to face.”

Back in 2009 when Seattle bid goodbye to the print edition of the Seattle Post-Intelligencer, an much older operation, it fell to P-I Reporter Carol Smith to write that newspaper’s obituary. Hers was a memorable tribute, relating some of the newspaper’s triumphs, challenges and inside stories. In her words: “Cause of death — a fatal economic spiral compounded by dwindling subscription rates, an exodus of advertisers and an explosion of online information. News will live on. This newspaper will not. We went down doing what we loved…We were, each of us, engaged in an enterprise much larger than ourselves.”

And that’s how it goes with the Robinson Newspapers. Ken, Tim and Patrick did what they loved, preserving community identity. (A fourth son Scott Robinson sometimes contributed.) Along with the Robinsons, their employees and readers, I mourn the loss and it’s not only because they were foolishly generous enough to hire me for a weekly column back in 2017; it’s because I, too, have printers’ ink in my veins. When I called to offer my condolences to Ken Robinson, he recalled how one of his reporters had somehow managed to hang onto his reporter’s pad. He remarked, “Still can’t live without one.” Me either.

Jean Godden
Jean Godden wrote columns first for the Seattle Post-Intelligencer and late for the Seattle Times. In 2002, she quit to run for City Council where she served for 12 years. Since then she published a book of city stories titled “Citizen Jean.” She is now co-host of The Bridge aired on community station KMGP at 101.1 FM. You can email tips and comments to Jean at jgodden@blarg.net.
Previous article
Steve Ballmer and Bill Gates Walk into a Bar…
Next article
Renton: The New Hollywood North?