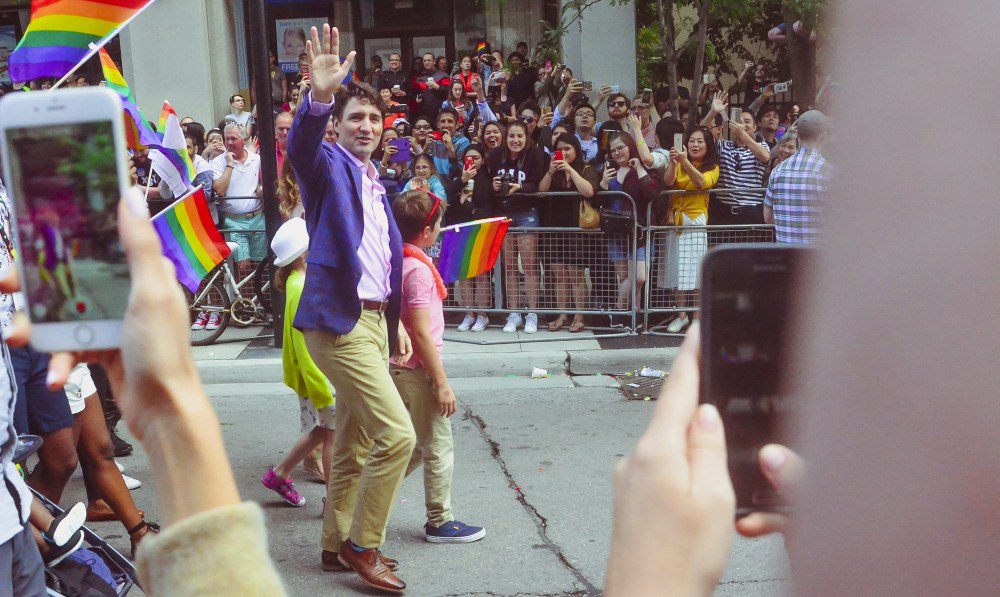 The COVID-19 pandemic is, for the third time, spiking across Canada – with almost daily records of new cases reported particularly in British Columbia. But Canada’s Prime Minister Justin Trudeau appears to be in robust political health. If the pandemic can be controlled this summer, speculation has it that Trudeau’s government will call a national election in early fall, seeking the 172-seat majority in the House of Commons that eluded his Liberal Party in the October 2019 election.

The provincial governments of British Columbia, Saskatchewan, and Newfoundland have all gone to the polls during the pandemic.  All have won a renewed mandate to govern.  The official opposition in Ottawa, the Conservative Party of Canada, has fallen on hard times.  Its new leader, Erin O’Toole, in office less than a year, has not caught on with the public.  The party held a national policy convention last month at which delegates voted down a resolution which proclaimed that “climate change is real,” declared the party “willing to act,” and called on polluting industries to take more responsibility for their actions.

Although occasionally singed by scandal, Trudeau has responded quickly to the coronavirus.  The Canadian government did not hesitate to offer relief to citizens and businesses.  Trudeau emerged daily from his temporary residence, a 22-room “cottage” adjoining the Governor General’s residence, to announce help for various sectors of the economy.  The PM did not pull rank.  Haircuts were forbidden, so Canadians watched their Prime Minister grow shaggier as pandemic days went on.

Joe Biden is not the only North American leader to see infrastructure as an instrument of economic recovery. Trudeau was in Montreal on the Ides of March, joined by the premier of Quebec, to announce investment in an electric vehicle manufacturing plant.  Days later, the two leaders touched down in Trois Rivieres to announce money for high speed internet access across Quebec.

The Canadian political landscape is beginning to look like America’s red state-blue state divide, but with the color pattern in reverse. The Liberal Party, whose insignia is bright red, is ahead in populous Ontario and Quebec, along with Atlantic Canada and in metropolitan Vancouver.  The true-blue Conservatives dominate rural Canada, holding every Commons seat in Alberta and Saskatchewan, and leading in Manitoba.  Oil-rich Alberta, which makes Canada the world’s fourth largest oil producer, has been badly hurt with the slump in oil prices.

Two other political parties factor into politics of the Great White North.  The leftist New Democrats hold 26 seats in parliament and run strong in British Columbia, where the NDP holds provincial power.  The separatist Bloc Quebequois contests with the Liberals for seats in Quebec and it claims to represent interests of La Belle Province in Ottawa.

The center-left Liberals have been described as Canada’s “natural governing party.”  They introduced Medicare to the country.  The current PM’s father, Prime Minister Pierre Elliott Trudeau, made Canada an officially bilingual country and instigated the country’s constitution.  The elder Trudeau governed from 1968 to 1984, save for a single nine-month interval when Conservatives won a minority government.  The Liberals had fallen on hard times when the younger Trudeau led them to an unexpected victory in 2015.

Trudeau is teaming up with Biden to fight climate change, although Canada has failed to meet its carbon-emissions targets and is building a pipeline to export its oil (through waters of the Salish Sea). Canadians remain wary of opening their American border, however. As well they might be: British Columbia has recorded 5,108 new cases of the coronavirus over the first five days of April.  While the pace is stepping up, vaccination has had a slower start north of the 49th Parallel.

The latest 338Canada projection makes the Liberals a 50-to-one favorite to win the most House of Commons seats if Canadians vote in the next few months.  They would win big in Ontario and Quebec.   A rundown in national polls puts Trudeau’s party at the cusp of winning 172-seats and an outright majority (it won 157 seats in the 2019 election, giving it power in the House of Commons but not an outright majority).  Eric Grenier, chief poll cruncher for the Canadian Broadcasting Corp., puts odds of a Liberal majority at 49 percent. Under Canada’s parliamentary system, the government can pick when it wants to go to the polls anytime before the five-year-term it was elected for expires, usually when the ruling party thinks it can win.  The Liberals of Trudeau are up by 7 points in the polls, and the opposition is living up to a years-ago billing by Pierre Trudeau as “gloomy Tories.”

The Trudeaus have had a remarkable run, from the “Trudeaumania” that infected Canada when the dashing bachelor father led Liberals to victory in 1968, to the rise of his son, a onetime pub bouncer and former secondary school teacher in Vancouver.  Neither man ever lacked for hubris. The Trudeaus even rafted the wild Tatshenshini River, on the Yukon-BC-Alaska border, during a stint when both were private citizens. Pierre Trudeau curled up with books while in camp, Justin Trudeau did the grunt work.

The Trudeaus-led Liberal Party is now about to consolidate its hold on Canadian politics. They have to get everybody vaccinated first.

Joel Connelly
I worked for Seattle Post-Intelligencer from 1973 until it ceased print publication in 2009, and SeattlePI.com from 2009 to 6/30/2020. During that time, I wrote about 9 presidential races, 11 Canadian and British Columbia elections‎, four doomed WPPSS nuclear plants, six Washington wilderness battles, creation of two national Monuments (Hanford Reach and San Juan Islands), a 104 million acre Alaska Lands Act, plus the Columbia Gorge National Scenic Area.
Previous article
Seattle’s New Gem of a Waterfront Park
Next article
Why Is Church Membership in America Falling Off a Cliff?