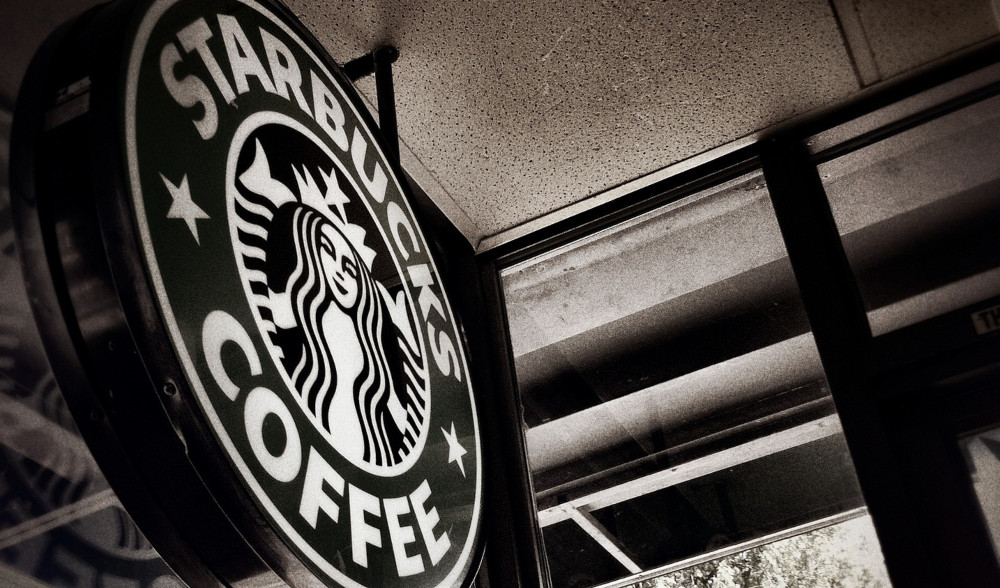 Fifty Years Ago Today I was the First Starbucks First Customer

Fifty years ago, on the morning of March 30, 1971, I loaded my not-yet-two-year-old daughter, Sarah, into our tan Saab station wagon and drove to the Pike Place Market.  I don’t remember what we had gone there to buy.  I do remember that we walked by the corner of  Pike Place and Virginia Street, at the north end of the Market, to see if my friends Gordon Bowker, Zev Siegl, and Jerry Baldwin had gotten their store open yet.  I checked every time I went down there.  They were opening a coffee store, selling beans and equipment, not drinks.  They had decided to call it Starbucks.

It’s easy to get nostalgic about those good old days, but let’s face it. If you looked at what was happening in the larger world, the 1970s largely sucked:  the Vietnam War; Watergate; the economic “stagflation” at the end of the decade; the start – not recognized until the following decade – of the growing income gap between people at the top of the economic pyramid and the people at the bottom; the Arab oil embargo; the unraveling of Nixon; the second oil price shock that followed the Iranian revolution.  Locally, the decade started with the Boeing recession. At the beginning of 1971, statewide unemployment hit 15 percent.

Seattle – like most places in America at that time – was pretty much a culinary wasteland.  Those were still the glory days of frozen vegetables, TV Dinners, spongy, pre-sliced bread, Nescafe. You couldn’t buy good coffee, good bread, good beer. (Despite nostalgia about local brands like Rainier’s “green death” ale, the quality was pretty low.)

There was only a very limited selection of good wine. The wine produced in Washington was dreadful. When we carried a bottle into the mountains for lunch, we’d stick it in a pond or snowbank until it got cold enough to drink.  The state liquor stores did have a few good bottles, and I remember buying a bottle of Taittinger Champagne, and slipping it – along with two glasses — into my wife Barbara’s room at Swedish Hospital the day after she gave birth to our son.

Of course, “the seafood was bountiful,” Gordon Bowker recalls, “but it wasn’t treated like it was a delicacy.”

If we wanted fresh Italian cheeses or cannoli we’d have to bring them back from New York. Flight attendants would usually stow them for us in airplane refrigerators.  If we wanted good coffee beans, we’d have to bring them back from Murchie’s on Robson Street in Vancouver.  (I recall that we took our first trip to Murchie’s with David Ishii, before he opened his iconic Pioneer Square bookstore, the three of us crammed into his old Porsche, with me at the wheel and the pavement clearly visible through gaps in the car’s rusted-out floor.)  For produce or meat, we’d just go down to the Market. We bought fruit from Pinky, a Sephardic Jewish immigrant from the Ottoman Empire.  He looked for the really ripe melons.  I know he was doing it for Barbara, not for me, but we both liked going there.

De Laurenti’s grocery was located on a lower level of the Market, run by Pete De Laurenti and his wife, commonly known as “Mrs. Pete.”  She was free with recipes and advice.  Barbara made her minestrone recipe for years.  When the Italian-American farmer Tony, from whom we bought produce, told me about making braciole with bergamot instead of basil, I went down and asked Mrs. Pete what cut of beef to use, then went up to Don and Joe’s butcher shop to buy it.

In those days the Market was vital but scruffy, located along a First Avenue lined with pawn shops, taverns, SRO hotels.  The Green Parrot theater just south of Pike Place showed movies into the wee hours.  Later in the decade, my son wanted a camera, so I took him to a pawn shop just south of the Market.  He found what he wanted.  The pawnbroker liked him and threw in a photo album for free.  Then we walked up to the Market, bought deep-fried chicken backs, and ate them as we watched guys juggle and swallow fire.

Once, Barbara and I sat down in front of a vacant Market produce stand to give our baby daughter a bottle.  A wino sat down next to us.  Looking over at the baby sucking on her bottle, he said to her, “hey buddy, can I have a pull of that?”

This was not the vision of Seattle that the 1962 World’s Far had fostered. City government wanted to replace all but a sanitized remnant of it with a big urban renewal project erecting parking garages, offices, and hotels..

Seattle – part of Seattle, anyway – was turning the page on bland, post-War progress.  But not without a fight.  City government still wanted to replace the decaying Market with an urban renewal project, retaining just a cleaned-up, local-color fragment, and bringing in developers to erect buildings more in tune with the city’s post-World’s-Fair vision of itself.

But some citizens weren’t buying that vision.  Just the year before, developers such as Alan Black, Dick White, and Ralph Anderson started saving the neglected old brick buildings around Pioneer Square.  Architect Richard Haag came out with a master plan for what is now Gasworks Park.  Instead of removing the great rusting industrial structures that had been chain-linked off at the edge of Lake Union for years, he wanted to build a park around them.  This was controversial.  But Haag’s vision prevailed.

Later in the year of 1971, Seattle citizens passed an initiative to save the Market, creating the Pike Place Market Historic District.  This was not primarily a matter of preserving old structures, but also included saving the social milieu.  Soon after the historic district was created, I remember sitting in Irene’s Cafe on the east side of Pike Place – where Irene served Swedish pancakes for breakfast and thick slabs of slow-cooked beef on white bread for lunch. I was eavesdropping on a conversation between Irene and a woman who sold bargain poultry at a shop nearby.  “Hell,” the woman was saying “there ain’t nothing historic down here . . . except us!”

This time, half a century ago, was – in retrospect – a key inflection point not only for old structures, but also for a new food culture in Seattle.  Francois Kissel’s landmark Pioneer Square restaurant, the Brasserie Pittsbourg, had opened less than two years before.  Francois had already been a friend of Barbara’s.  I still remember meals there in those early years, some with a baby parked sleeping in a seat on the tiled floor.  At about the same time, its way greased by cases of wine left at legislative offices, the so-called “California wine bill” became law, making it legal to sell wine in private wine shops.  That kick-started the state’s modern wine industry.  Now, Starbucks would be one of three new coffee companies.

What was going on?  “I’ve thought a lot about that,” Bowker says.  He figures that people had traveled enough to know that something better was out there, and after decades of bland post-World-War-Two convenience foods, “there was an opening of connoisseurship of a sort.”

As Sarah and I walked there, not far from Irene’s, we found an opening of a different sort: that first Starbucks store had just unlocked its doors.  Only the proprietors were inside.  We joined them in a deep room with high ceilings and glass-fronted cases to our right.  I bought a pound of Sumatra beans.  I was the first customer, so I paid with a check (drawn, I think, on the old, and now long-gone, National Bank of Commerce), suitable for putting on the wall as a souvenir of the very first purchase. Up on the wall it went.

After Sarah and I went in, another friend of the owners entered with a chilled bottle of white wine.  We all had some.  I gave Sarah a sip.  She started racing around the store.  The rest of us stood and watched.  That was the grand opening.

Bowker tells me he still has a vivid memory of that March morning.  So do I.  Beginnings are always exciting.  And you never really know where they’ll lead.

Dan Chasan
Previous article
Nationwide Housing Construction Boom (But Not In Washington)
Next article
Playing the Odds: Should You Send Your Kids Back to School?