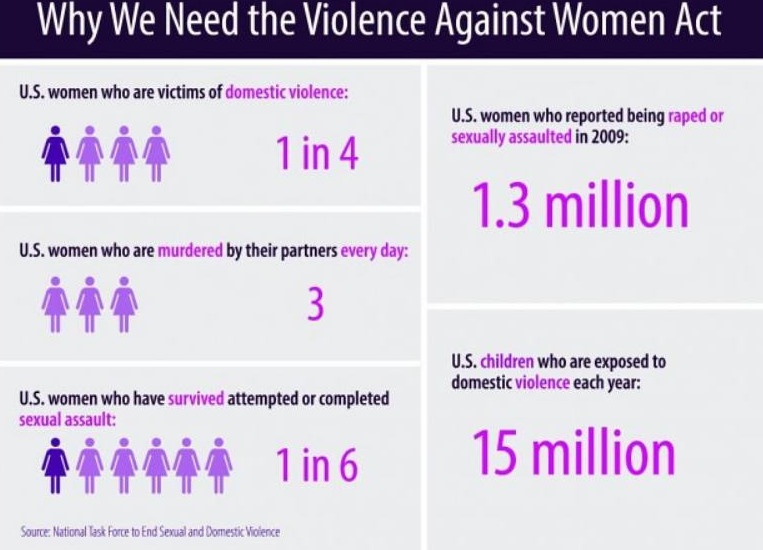 The Politics of the Violence Against Women Act

The U.S. House of Representatives voted Wednesday to renew and extend the federal Violence Against Women Act (VAWA), legislation once sponsored in its original form a quarter century ago by Joe Biden when he was in the Senate. The vote was 244-172. Twenty-six Republican House members voted with Democrats to send VAWA to the Senate.  All three of Washington’s Republican House members – Reps. Cathy McMorris Rodgers, Dan Newhouse and Jaime Herrera Beutler – voted No.

Many Republicans opposed VAWA due to a provision that prevents dating partners and stalkers with previous convictions from purchasing a firearm.  The legislation also allows shelters to take in transgender women. “Cathy supports the Violence Against Women Act programs, which is why she voted to reauthorize the law and its great programs in 2013: Unfortunately, this bill before the House this week puts partisan politics ahead of vulnerable women by inserting extraneous gun control language that she does not support,” McMorris Rodgers’ office said in a statement.

McMorris Rodgers has been down this road before. In 2013, she was lead sponsor of a House Republican leadership version of VAWA, which sought to remove protections for Native women assaulted by non-native partners on Indian Reservations.  She lost a House floor vote but voted for the legislation on final passage.

Rep. Adam Smith, D-Wash., said VAWA is needed more than ever. “Throughout the COVID-19 pandemic, we have seen a sharp increase in domestic violence and other crimes making it even more urgent to pass this bill to ensure that every survivor and victim has the resources they need to lead lives free from violence and fear,” Smith said in a statement. The reauthorization would increase money for victims’ services, expand training for providers, and closes the “boyfriend loophole” that currently allows abusive former partners and stalkers with previous convictions to obtain guns.

VAWA now goes to the Senate, divided equally between Republicans and Democrats.  Sen. Joni Ernst, R-Iowa, a gun lobby ally, is her party’s lead on the issues.  Sen. Patty Murray, D-Wash., is a longtime VAWA champion who has sought to expand the legislation.