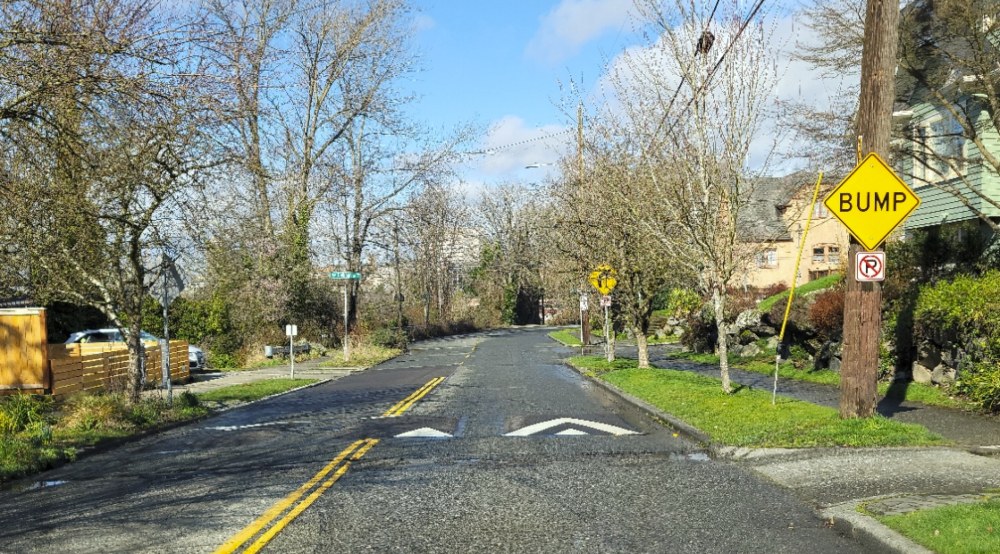 Reduce Pedestrian Accidents to Zero? Um… No (Here’s Why)

The City of Seattle has renewed its commitments to Vision Zero, a program designed to eliminate traffic-related fatalities in the city. The city has been frustrated by the persistence of serious traffic incidents and the lack of progress in reducing them. In spite of a series of infrastructure investments, speed-limit reductions, enforcement actions, and communications efforts, traffic injuries and fatalities remain at consistent levels.

And not just here. Nationally, traffic deaths were up 8 percent in 2020, and when adjusted for the fact that we were driving a lot less, the fatality rate was up 24 percent over 2019. The National Safety Council, which originated the Zero Deaths objective to which Seattle and 1,500 other jurisdictions have signed onto, is at pains to explain the rise in roadway mortality.

Pedestrian and cycling safety should, of course, be a major concern in any city, especially as we become more dense and encourage people to walk and bike. But the Vision Zero approach suffers from two fundamental problems.

First, it sounds like a case of the Nirvana Fallacy. That is, assuming that a perfect world can exist and that perfection (or, in this case, the elimination of a bad thing) is an achievable goal. While there are cases of elimination of some bad things—polio, for example—highly complex fields that involve human decision-making, like traffic safety, resist perfection. Setting highly unrealistic goals distracts from genuine progress, breeds distrust in government, and makes partial success look like failure.

Second, and relatedly, the city is taking a systems approach to what are really isolated and random incidents. As tragic as each major injury or fatality is to the individuals and families involved, they really do not add up to a definable “systems problem” that can be solved with available tools. This is a case of very small numbers, each with its own story.

Figure 1 walks through a rough model of how to think about the rate of pedestrian/bicycle fatalities and major injuries.

According the Census Bureau’s On The Map program, a total of 753,000 workers commute into, out of, or within Seattle on a given day. Census commute data shows that 58 percent of Seattle commuters drive alone, and another 11 percent carpool. Using the same rates for suburban commuters entering the city, we get a total of over 1 million daily car trips taken by commuters living and/or working in Seattle.

Here comes the big assumption. How often do cars encounter pedestrians and cyclists and, therefore, introduce the danger of injury or death? There is no real way to know this, since every trip is quite different. But to plug something in the model, we assume that each trip will involve five encounters with pedestrians or cyclists—you may argue for some other number. Under this assumption, there would be 10.8 million encounters between cars and pedestrians per day in Seattle.

In recent years there have been about 10 fatalities per year involving a car and a pedestrian or cyclist in Seattle. That means a fatality on average every 37 days. So, for each fatality, there will be nearly 400 million encounters between cars and pedestrians and cyclists (again, assuming five encounters per trip). Or, put another way, for every billion encounters, there will be 2.52 fatalities. Doing the same analysis with the same assumptions for serious injuries results in a rate of 15 serious injuries per billion encounters.

Looked at this way, we might see our traffic system not as a failure, but as a remarkable success. Very few systems that have that many variables (hundreds of thousands of individual drivers and their cars) and that level of potential hazard (cars are extremely dangerous things when mishandled) can operate 400 million times for each major problem. Cars and pedestrians share spaces millions of times each day and billions of times each year, with very few fatalities. To blame a system with that high level of performance for a small number of incidents, however heartbreaking each incident is, seems misguided.

Each pedestrian or cycling injury or fatality has a unique story behind it. The safeguards and practices that protect pedestrians and cyclists millions of times each day fail for reasons specific to an incident, such as drugs or alcohol, phones or texting, mechanical failure, a spilled cup of coffee or a dropped sandwich, an unruly dog, a flash of glare or a greasy windshield or any of dozens of things that mostly don’t result in problems but sometimes do.

We simply cannot come up with systemic actions -– lowered speed limits, light timings, warning signs -– that will capture these very isolated incidents. Zero traffic deaths is a very noble idea, but one that is inconsistent with what we know about human behavior. People are flawed and will sometimes do bad, stupid, and inexplicable things and tragedy will result.

Traffic planners and engineers should absolutely be making our urban environments as safe as possible for pedestrians and cyclists, but should not be chasing a goal that is simply unattainable. All that results is frustration, broken promises and bad public policy. It’s not the system, which can be improved but is generally very reliable, but the people within it who are far from perfect.

Michael Luis
Michael Luis is a public policy consultant who has been wrestling with housing, growth and economic development issues around Washington State for over 30 years. He is author of several books on local history and served as mayor of Medina.
Previous article
Your COVID Forecast: Sunny with a Chance of Asteroid
Next article
Women in Government: Progress, but Still a Struggle