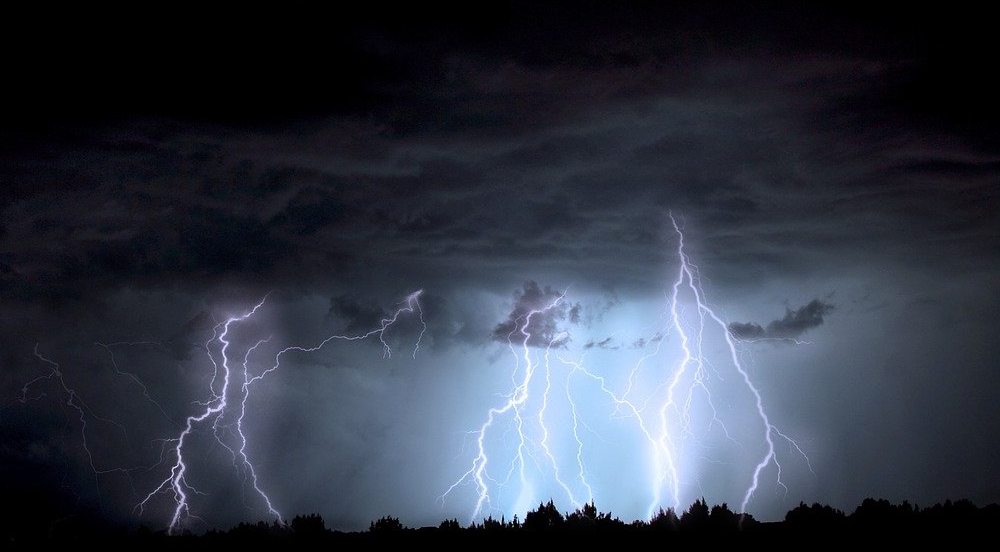 Whodunit: How a Key Part of Gov. Inslee’s Climate Agenda Died This Week

A big piece of Gov. Jay Inslee’s climate agenda died this week in a House committee, defeated by opposition from a labor-industry coalition and a punitive COVID-era procedural shot clock.

The fate of House Bill 1084, also known as the Healthy Homes and Clean Buildings Act, offers a textbook illustration of how legislation gets killed. There was overt opposition from players that stand to be directly hurt by the idea, the recruitment of allies, application of pressure, deployment of scare tactics, and ultimately exploitation of the Legislature’s cutoff rules, which are particularly draconian this year because the nuts and bolts of lawmaking take much longer under COVID-era restrictions.

In the end, the idea was abandoned for the year to focus on more pressing priorities, with earnest promises to try again next year. “The ticking clock of the session is always part of why bills die when they do,” said Rep. Alex Ramel, D-Bellingham, who sponsored the bill on Inslee’s behalf. “The clock killed the bill.”

But of course, it’s more complex than that. So let’s get deep in the weeds on this one, an illustrative story. Depending on your perspective, this is either an egregious example of process interfering with progress or a perfect example of how an unripe or genuinely bad idea dies the death it deserved.

Inslee’s aggressive plan would have required that new large residential and commercial buildings be zero-carbon by 2030. It envisioned the state’s moving toward eliminating fossil fuels from existing buildings by 2050. Buildings produce about 20 percent of the state’s carbon emissions, mostly from burning natural gas for heat and hot water. It’s part of a broad vision of the state’s energy future that involves a lot more electricity and a big decrease in liquid fuels.

Once embraced as a relatively clean alternative to coal, natural gas has increasingly become a target of environmental activism, derisively referred to as “fossil gas” or “fracked gas.”  It’s a byproduct of oil production, and environmentalists fear that enduring demand for it will hamper a transition away from vehicles powered by gasoline and diesel. They also cite the leakage of the gas itself — the potent greenhouse gas methane — from gas fields and pipelines directly into the atmosphere.

Under Inslee’s plan, gas heat and hot water would be replaced by a new generation of high-efficiency heaters and water heaters. Along with a proposed cap-and-trade system to reduce emissions from energy production and major manufacturers and a clean fuels standard aimed at driving down carbon emissions from cars and trucks, it was a core piece of Inslee’s plan to roll back the state’s carbon footprint.

But like the rest of the agenda, it pits the global urgency of climate change against the localized and individualized costs of changing large sectors of the region’s economy.

First in the line of fire were the gas providers themselves, mostly private companies regulated by the state, that collectively provide natural gas to millions of households and thousands of businesses statewide. You know them because you likely get a bill every month from such companies as Puget Sound Energy, Avista, Cascade Natural Gas, NW Natural. The Inslee proposal presented an existential threat to their core business. The industry has felt the cold caress of these crosshairs for some time now. Executives and stockholders were sufficiently alarmed a couple of years ago to spend $1 million on a campaign to bolster the industry’s image in the region.

The gas companies are among the most politically active in Olympia. From 2016 through 2019, Puget Sound Energy spent more than $3.5 million on lobbying and political contributions, according to filings with the Public Disclosure Commission. Avista spent about $2.5 million during the same period. Even the much smaller Cascade Natural Gas spends north of $100,000 each year. So they don’t have trouble getting their concerns heard.

They also had one great card to play — generally, gas is cheaper than electricity, at least with most current technology. That, along with the concerns of major players like the Building Industry Association of Washington and the Washington Association of Realtors that the anti-gas mandates would drive up building costs, was enough to cement opposition among the Republican minority.

They also had allies in the Democratic camp. Putting gas lines in the ground and gas pipes in buildings, maintaining boilers and furnaces — all take workers. Enter organized labor, specifically, the United Association of Plumbers, Pipefitters & HVAC/Refrigeration Mechanics, the Washington Building Trades, the Laborers’ International Union of North America, the International Brotherhood of Electrical Workers, and the Operating Engineers.

Labor unions remain a powerful faction of the Democratic Party and wield enormous influence with the Democratic majorities in the Legislature. Here’s the key paragraph from a Feb 18 letter in opposition sent to Rep. Joe Fitzgibbon, D-Burien, the chair of the House Energy and Environment Committee:

“It will eliminate highly skilled, family-wage careers. Women and men work for years to achieve the level of expertise necessary to work on the 45,000 miles of pipelines that make up the natural gas energy delivery system. They are rightfully proud of the work they do. SHB 1084 promises a transition away from that system and the careers dependent upon it.”

Ostensibly, the letter came from a coalition including unions, gas companies, chambers of commerce, construction groups, and the Realtors. But it’s the union logos at the top that matter most to the Legislature’s Democratic leadership.

Along with the letter came a summary of a poll conducted by the Northwest Natural Gas Association — the trade group for the gas industry — warning that the idea of replacing gas with electricity was unpopular with voters. That’s a thinly veiled threat for folks in swing districts where a targeted independent campaign over a vote to raise Grandma’s heating bill might cost a lawmaker his or her seat. The builders and realtors are adept at that kind of hardball.

Like many of the grand plans to address climate change, House Bill 1084 envisioned a bold new world of job creation, with the shift from gas to electric driving a boom in installing heat pumps and other equipment. The problem? Guaranteeing that those jobs would be union jobs is dicey. And even if they were, jobs for electricians don’t help much if you’re a 40-year-old pipefitter. An apprenticeship to become a journeyman electrician takes 8,000 hours. At 40 hours a week, that’s about four years. When technology or other disruption threatens union jobs, the unions often ask for a “just transition,” some program or programs to cushion the impact on individual workers and the union itself. What that might have looked like in this case will have to wait for another year, because by now the bill was in real trouble.

Among the more potent arguments against the bill was the notion that getting rid of gas would eventually add $700 to the typical customer’s home energy bill. The bill’s supporters cried foul, pointing that subtracting $1,432 in liquid fuels gets you a net decrease in household energy costs of $132. In other words, it assumes 2050 you, who, let’s face it, is probably your kids, have abandoned the internal combustion engine.

That’s a fair point, but what if you have gas heat and you’re already rolling luxe-greenie in a Tesla, or nerd-greenie in a Leaf? Or you’re a bicyclist who fuels the morning commute with a delicious scone from your neighborhood bakery? You can file both ends of this argument under “figures lie and liars figure.”

Clock management. If you’re familiar with either the book Friday Night Lights or the excellent 2004 movie version, you’ll remember the quarterback of the scrappy Permian Panthers going for the goal line and the win in the Texas state championship as time expires, only to be tackled a heartbreaking few inches short by the hulking defenders of a superior opponent. The message is that the Panthers ran out of clock, not heart or fight. But here’s the thing about clock management: You run out of clock because the other team burned the clock when they had the ball.

The Legislature’s cutoff calendar is nearly always tight, with too many ideas competing for too little time and attention from key lawmakers. That problem, lawmakers and lobbyists alike tell me, is as much as three times worse than usual because of the COVID-era virtual session. Everything takes longer. Communication via Zoom and phone is stilted. Opportunities to assuage the concerns of a dubious lawmaker with a quick word in the hallway or a quiet talk over drinks in the cozy bar of the Water Street Cafe are simply not available. That’s all bad if you’re trying to pass things, but it’s great for burning the clock.

Because House Bill 1084 had a price tag for the state, it had to pass through the House Appropriations Committee by 5 p.m. on Monday, Feb. 22, a deadline known as “fiscal cutoff.” Because of the opposition, the bill hadn’t moved as of that morning and was on the “maybe” list of proposals that might have the votes to move out of committee, but are problematic somehow.

Any bill with substantial opposition from the Republican minority can take hours to move out of Appropriations because GOP lawmakers will force seemingly endless debate on amendments and ultimately the bill itself, using up precious time and potentially leading to the death of other bills. Most years, something gets sacrificed. So early in the day, the committee’s Democrats met in closed caucus and killed House Bill 1084 for the year, even though the chairman and several other members were co-sponsors.

Exactly which lawmaker or lawmakers killed it and why is shrouded in the Mafia-like secrecy that guards the closed caucuses in the Legislature. It’s kind of like Agatha Christie’s “Murder On the Orient Express,” in which a man who deserved to die gets killed several different ways by different people so no one person can be blamed.

You can imagine any number of pragmatic arguments bouncing around the virtual caucus room. Too many other bills would die if the committee took it up. Passing it might erode labor’s support in other areas. Its chances in the less lopsidedly Democratic Senate might be dubious, making the whole thing moot. That poll might have spooked some folks. That $700 wouldn’t play well with the voters. There’s always next year.

Some repeatedly cited the ambitiousness of the measure and the constraints of the remote session, looking ahead to next year when in-person negotiations would make it easier to win over the reluctant. Inslee’s office was philosophical about the loss and optimistic about the future. The unions pledged to work on a revised version in the interim.

But for this year, defense won. The time-tested tactics of sowing doubt, raising concerns, and outright stalling until an ambitious idea runs out of time carried the day.

After the axe fell, I reached out to Cliff Traisman, one of the top lobbyists for environmental groups. His instant-analysis text was succinct:

“Gas industry delighted in killing it.”

A version of this article appears in The Washington Observer, which the author founded and writes for.