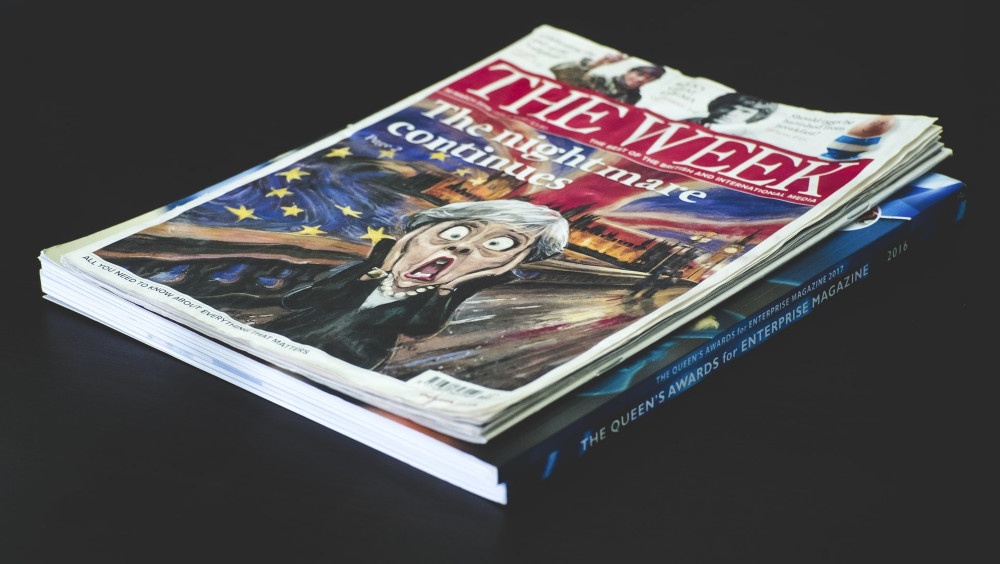 Long before the 2016 British vote to pull out of the European Union, conflicting forecasts flew out of the rival “Leave” and “Remain” camps as to which UK businesses and industries would prosper after Brexit.

Would freedom from the bloc’s purportedly strangling regulation allow British producers to enhance their pre-alliance prowess in traditional spheres like financial services and fishing? Would returning decision-making to UK lawmakers instead of the Towers of Babel in Brussels and Strasbourg lead to London’s more efficiently managing its own affairs?

Six weeks into life outside of the European Union, Britons are hard-pressed to identify any winners in their go-it-alone strategy after 47 years as an EU member state.

British exports to the Continent fell by a staggering 68% last month over January 2020, a collapse that spurred the nation’s truckers and shippers to plead for urgent intervention by the government to protect critical supply chains.

Economists predict a 2.2% fall in GDP by the end of this year, a hit to stability in a country already reeling from a catastrophic spread of COVID-19 and the world’s highest virus death toll by percentage of population.

The nation’s fashion and luxury goods manufacturers warned the government last week that their $48 billion annual contribution to the economy is “at real risk of decimation.” EU import taxes on British haute couture as high as 30% have shocked designers and shut down exports. London’s termination of the Value Added Tax after decades of refunds to foreign visitors’ purchases of £135 ($187) or more has steered high-end shoppers to Paris and Milan. Walpole, a trade group representing British high-end exporters, estimates that 42% of UK trade in luxury goods used to go to EU buyers.

Fish are rotting in the holds of Scottish fishing vessels as customs procedures for delivering British catch to EU ports were not defined before the last-minute EU-UK Trade and Cooperation Agreement that was signed two days before Brexit sprung into full force on New Year’s Day.

Farm products like seed potatoes and small producers of foods like artisan cheese are being squeezed out of their markets because the trade deal favors large-scale exporters who can better amortize the cost of shipping in larger consignments.

Britain imports 30% of its food from the European Union and post-Brexit conditions are already hampering reliable supplies. Starting in April, new import controls kick in that will require special certificates for animal products. By July, deliveries will have to be processed through border inspection posts.

Predicted problems and tensions along the Republic of Ireland’s border with the UK province of Northern Ireland have so intensified since Brexit that London and Brussels are scrambling to establish an emergency hotline to respond to conflicts over how and what can cross the supposedly porous border.

British Prime Minister Boris Johnson waves off the early frustrations of Brexit as “teething pains” that will ease as the shakedown plays out. But he has raised hackles at home and abroad with his dodging of questions on whether Britain will live up fully to the Northern Ireland Protocol of the trade agreement and leave the province sharing an island with EU-member Ireland to submit to some continuing accommodations of bloc inspection requirements.

Johnson, in an interview with CBS “Face the Nation” on Sunday, three times dodged a clear answer as to whether he is committed to the transitional compromises. He repeatedly pledged support for the 1998 Good Friday agreement that has brought tentative peace to Northern Ireland but wouldn’t explicitly promise adherence to the post-Brexit protocol.

While the inter-Irish challenges to free flow of goods are ominous for Britain and the viability of its post-EU economic development, a glimmer of silver lining can be seen on the emerald island frontier. Pollsters have tracked a significant boost in support for Irish reunification since the UK-EU split, up to 47% from 42% for a united Ireland. That is still below the majority threshold that would trigger a call for a referendum on the border as set forth in the Good Friday accord. The LucidTalk poll taken for the British weekly Sunday Times last month showed support for a united Ireland skewed toward younger Northern Ireland residents, a trend that could lead to majority support over time.

Brexit has also spurred popular momentum for an independent Scotland, with opinion surveys over the past year showing a clear majority for another referendum. Scots rejected independence in a 2014 vote by 55%.

One other post-Brexit plus for Britain has been its smoother acquisition of COVID-19 vaccines to inoculate more of its population than any other European country. Johnson’s government announced over the past weekend that 15 million Britons – nearly a quarter of the population – had been vaccinated and millions more doses are in stock to keep the rollout on track.

Britain’s ability to buy up vaccine without the EU’s cumbersome government-by-consensus slowdown served to lift British spirits after the deadliest streak of infections in the world. But it also highlighted the UK’s freedom to practice vaccine nationalism, an ability to act on Britons’ interest at the expense of a coordinated and more equitable rollout across the European Union and the rest of the world.

That may be the singular success of Brexit in its earliest stages: Taking action in the country’s interests without the delay and debate necessary to craft a collective approach to containing the pandemic.

Carol J Williams
Carol J. Williams is a retired foreign correspondent with 30 years' reporting abroad for the Los Angeles Times and Associated Press. She has reported from more than 80 countries, with a focus on USSR/Russia and Eastern Europe.
Previous article
Is Washington too Partisan for a 911 Commission for the Capitol Insurrection?
Next article
An Idea for Empty Hotel Rooms: Private Room-Service Cafes