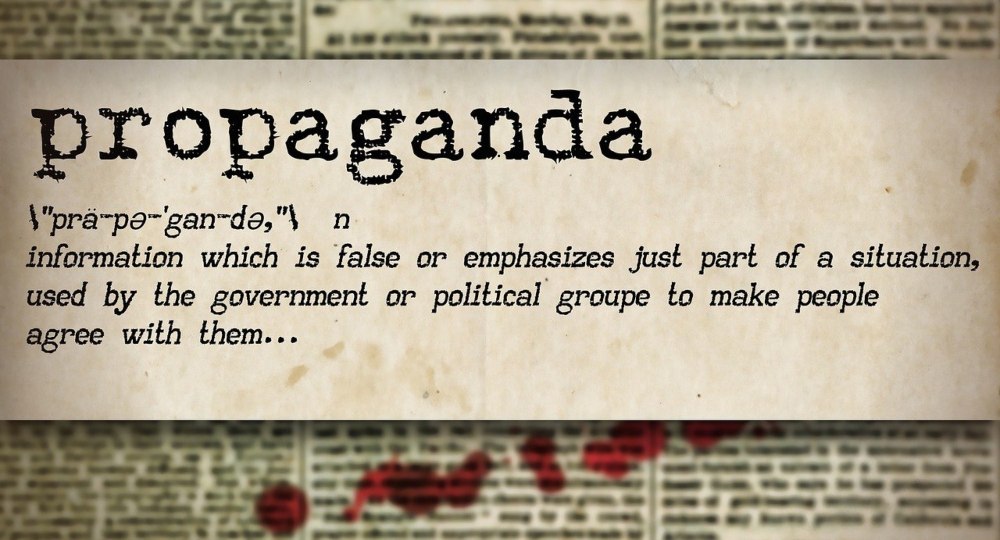 Propaganda 101: Trump’s Tools of the Trade

When I was in Communication School at the University of Washington, one of the popular upper-level classes was “Propaganda.” It was the 1970s and Watergate was unraveling. What a time to study propaganda and observe how Richard Nixon and all the president’s men relied on classic techniques. Each classic ploy is bold-faced below.

Those principles had once been employed during the Third Reich by Joseph Goebbel’s Ministry of Public Enlightenment and Propaganda. Goebbels was a master at manipulating peoples’ beliefs and attitudes, making use of symbols, banners, gestures, and clothing. George Orwell revisited those techniques in his dystopian novel “1984. “

Some of those same strategies were replicated in Donald Trump’s takeover of the Republican Party. Foremost in Trump’s recent propaganda offensive was the former president’s heavy reliance on The Big Lie. His months-long insistence that he had won the 2020 presidential election — won “a big beautiful victory in a landslide” — was simply the latest and most outrageous of his many lies.

It was scarcely his only propaganda tool during his four long years in office. He had early proven himself a master at using a Bandwagon strategy, flaunting physical trappings at his rallies: forests of flags, red MAGA hats, and Trump banners. He used not-so-subtle dog whistles to Scapegoat and demonize immigrants, minorities, and Jews. He adamantly refused to disavow his white supremist backers. calling them “good people” after the Unite the Right riot in the Charlottesville, Va. Last September, he told the white supremist Proud Boys to “stand back and stand by.”

Trump’s war with the media copied Goebbel’s characterizing the press as the “Enemy of the People.” He constantly rallied against the “lying press” and “fake news.” At his rallies, he encouraged supporters to physically attack reporters. According to John Bolton, his National Security Adviser, Trump spoke of executing reporters. He refused to pursue reports of Saudi Crown Prince Mohammed bin Salman’s involvement in the assassination of Washington Post columnist Jamal Kashoggi.

Then there were Trump’s demeaning insults and Name-calling. Women in particular were singled out for rude attacks. He branded women “stupid,” “nasty,” “horse-faced,” and “extremely low IQ.” He used simple slogans like “Stop the Steal” and made use of Repetition, repeating the words over and over.

He used Fear tactics — “they’re coming for your guns” and “you’re not going to have a country anymore.” Trump allied himself with his supporters, as if he were Plain Folks. He told supporters at his January 6 rally, “You’re the real people.” His slogans and speeches relied on simplistic themes, not above the heads of the least intelligent.

He Stacked the Cards, claiming that marching to the Capitol was the only option. He urged supporters to take action, “fight like hell” and target elected representatives.

Trump at last has left the White House, finally been silenced on Twitter, and impeached for a second time. With the rightful winner now in the White House, it’s tragic that Trump continues to command the allegiance of so many in the Republican Party.

For those who want to leave the propaganda years behind us, there is comfort in the return to democratic values under the new administration. And although GOP senators seem unlikely to convict Trump in a second trial, there’s hope that communications scholars now will study, name, and expose the propaganda techniques Trump used and we’ll be able to avoid repetition by some other demagogue in the future.

By the way, not that it matters, that long-ago Propaganda class at the UW’s Communication School isn’t being offered today.  Fortunately, they’re still studying those techniques in the political science department.

Jean Godden
Jean Godden wrote columns first for the Seattle Post-Intelligencer and late for the Seattle Times. In 2002, she quit to run for City Council where she served for 12 years. Since then she published a book of city stories titled “Citizen Jean.” She is now co-host of The Bridge aired on community station KMGP at 101.1 FM. You can email tips and comments to Jean at jgodden@blarg.net.
Previous article
A Plan to Help Low-Income Renters
Next article
The Shock of the Trial, the Shock of 43 Senators