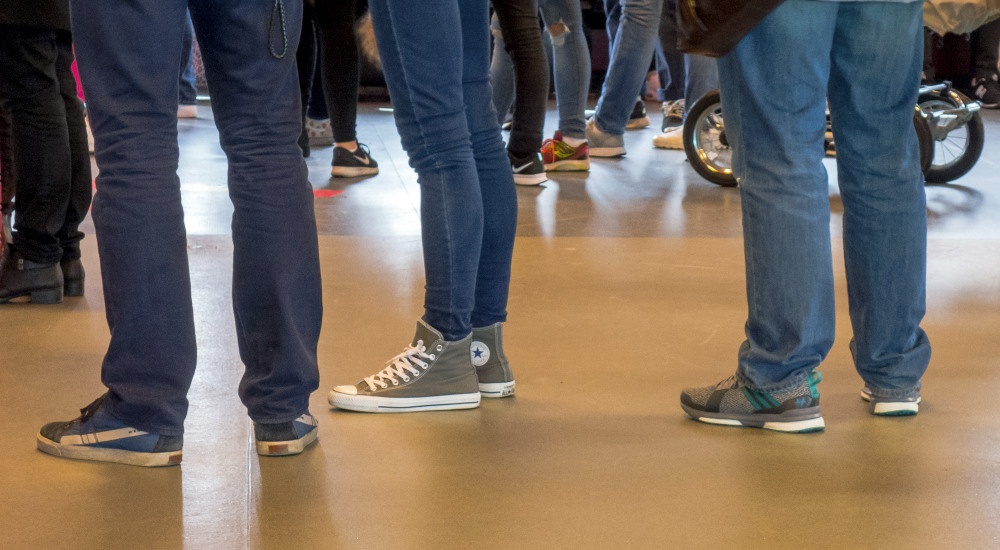 After a year of vaccine dreams, we’ve arrived at vaccine favoritism, vaccine corruption, vaccine envy, and vaccine class conflict—by which I don’t mean the official tiers dictating when we can get our jabs. Over the past week the Seattle Times reported that three large local hospitals—Overlake Medical Center, Providence Regional Medical Center in Everett, and EvergreenHealth—invited big donors, board members, and fundraising volunteers to jump the queues and get covid-19 inoculations without the usual, agonizing chasing and waiting. Overlake sent some 110 big donors private invitations, complete with access code, to immediate vaccine appointments that, according to the hospital’s public website, were all booked up till March.

Governor Inslee denounced this line-jumping, and Overlake nixed the special appointments. Its COO told the Times it only offered them because its online registration system crashed and it needed to fill appointments quickly, so it turned to email lists it had on hand—which also included board members (no favoritism there!), volunteers, retirees, and “some patients.” Providence copped a similar excuse.

Maybe, but Overlake’s invitation was addressed to “Dear Major Donors” and signed by the development director. Providence’s chief philanthropy officer wrote to offer top donors, “as a courtesy to you… a special clinic for our valued Friends of Providence.” Sounds like some very special pledge-drive gifts.

From around the country comes word of more egregious line-jumping. A rich couple flies their private plane out to a remote Alaskan Native village to get their jabs. (No word as to what the village got for its hospitality.) A healthy, wealthy guy in his 30s, who by the rules probably wouldn’t qualify until summer, gets an under-the-counter jab from a buddy at a hospital and says he has no qualms because “in the end, I’m protecting my family’s safety.” Collier County, Florida, placed its initial vaccine clinic in wealthy Naples rather than the larger, poorer, and more severely affected farmworker community of Immokalee. When the county was shamed into opening a clinic in Immokalee, Naples residents flooded it too; they were better able to negotiate the English-language reservation system.

The New York Post (consider the source) recounts that a New York real estate tycoon “allegedly” arranged for cronies from Manhattan and the Palm Beach Country Club to get doses intended for nursing-home residents. The Miami Herald tags three hospital systems that offered donors vax appointments before opening them up to the vulnerable general public.

Overlake and the Florida hospitals all point out that they’re not busting the eligibility system, since their VIPs getting special access are supposed to be old enough to qualify for the rules (as wealthy donors tend to be). Tell that to the unwealthy grandparents praying not to catch the virus from the younger family members they live with and the grandchildren they care for, who struggle with booked-out appointment calendars, phones that never answer, and general headspinning confusion as they try to get their shots.

Another sort of vaccine favoritism in the medical establishment hasn’t caused as much stir, but is also unsettling. The first doses, which were supposed to go to ICU doctors and nurses and other frontline workers risking their lives to treat infectious patients, also went to administrators and other staff who don’t work with patients at all—in one case, the PR director at a local hospital. The attitude behind this came home to me Wednesday when KUOW’s Bill Radke interviewed a young, apparently healthy computational biologist at the UW Labs about the new viral variants. She’d gotten vaccinated in the pre-phase, in December. Radke gently noted that listeners would ask, “How come? She works in a lab,” not on the front line.

“It’s important for people to remember that people in these labs have been onsite since the start of the pandemic,” she replied, “working 24-7 to get tests out so that we can provide clinical care, we can provide information to people to go about their lives. It’s super-important that we can continue to support the Covid response through rapid testing and sequencing. The labs were part of the first [vaccination] wave because if they went down, that would be pretty bad.”

Absent from that calculation is any showing of need, any indication that test-lab workers are at special risk of getting infected or the labs in danger of “going down.” It’s essentially the same as the case for favoring hospital donors and board members, and it rests on a slippery slope: We get the vaccine first because we’re important, not because we’re vulnerable or exposed. Not because we need it, but because we deserve it.

Allocating vaccine according to professional, social or economic status only deepens the grievous race and class disparities we’ve already seen in deaths and other pandemic impacts. And it undermines trust in the medical system, just when that system needs it most. One pillar of modern medicine, vaccination, has been under attack since the 1990s by the anti-vax movement, causing an alarming rebound in measles in rich countries like this one that had nearly eliminated the disease. For the past year, time-tested public health measures like masking and isolating against breath-borne disease have been under similar attack, abetted by a now ex-president instinctively hostile to the public good.

That view is given eloquent, erudite voice by David Cayley, a Canadian writer, broadcaster, and critic of science. In an essay first published last April, in the feverish early days of the pandemic (and expanded in December) Cayley invokes Ivan Ilyich, Walter Benjamin and Christopher Lasch while misapprehending or misrepresenting many aspects of SARS-CoV-2 to promote the then-fashionable view that rather than compromising our liberty and economy to battle the virus, we should welcome it, isolating older, vulnerable people and letting younger, less vulnerable people catch it and magically develop herd immunity.

That wishful, elitist notion crashed against all we were learning even then about the virus’s transmissibility and insidious impacts, but Cayley still doubles down on it. He also expands on it to accuse medical science, “the new religion,” of hyping and exploiting the pandemic to make “the rule of the religiously-sanctioned health security state” even more pervasive. “Now bio-medicine has found the occasion to extend its ‘cult’ even into domains where capitalism and Christianity formerly exerted their hegemonies.”

Thus baldly summarized, that view may sound hysterical, but Cayley’s elaboration makes it seductive. I suspect it’s more widespread than we complaisant mask wearers suspect, and that it will gain ground as the vaccine roll-out stretches out and the new administration strengthens public-health strictures. Arrogant, self-serving behavior by medical institutions will only give it more legs.

Eric Scigliano
Eric Scigliano has written on varied environmental, cultural and political subjects for many local and national publications. His books include Puget Sound: Sea Between the Mountains, Love War and Circuses (Seeing the Elephant), Michelangelo’s Mountain, Flotsametrics and the Floating World (with Curtis Ebbesmeyer), The Wild Edge, and, newly published, The Big Thaw: Ancient Carbon and a Race to Save the Planet.
Previous article
After Trump, Where’s my Satire Going to Come From?
Next article
This Year It’s Reigning Women in Political Leadership