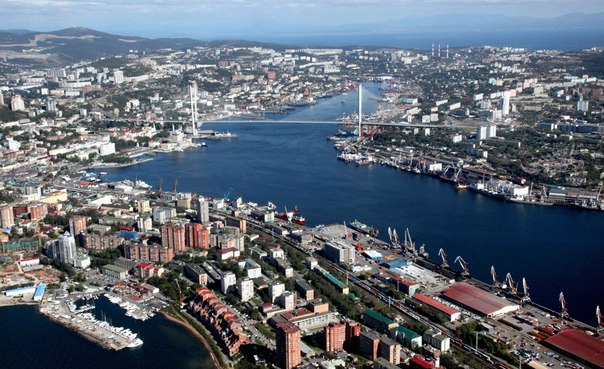 A Pacific Northwest alliance of business leaders, former ambassadors, scholars and scientists is sounding the alarm on a diplomatic bomb thrown by the lame-duck Trump administration last month in ordering closure of the last two U.S. consulates in Russia.

In a letter to the Biden transition team, more than 100 regional advocates of fostering cooperation with Russia where it still exists warn that shuttering the American consulates in Vladivostok and Yekaterinburg would “deeply hurt productive relationships between citizens of the U.S. West Coast and Eastern Russia in the fields of science, education, the environment, business and cultural affairs.”

Business joint ventures, coordinated management of ocean fisheries, combating climate change, student exchange programs and the people-to-people diplomacy that is a byproduct of these interactions are all the more important “during times when bilateral relations are strained or hostile,” states the Jan. 10 appeal for review by President Joe Biden’s diplomacy team.

The closures would leave the vast majority of Russia, spread across 11 time zones, without access to visa services except at the U.S. Embassy in the Russian capital, where application processing is mired in a yearlong backlog. The absence of diplomatic services would also burden U.S. citizens who would have to travel to Moscow to get their passports renewed or engage with Russian authorities controlling visas and accreditations.

The State Department under then-Secretary Mike Pompeo justified its Dec. 10 closure order — more than a month after Biden’s election — as a response to “staffing challenges” created by Russian stalling on issuance of visas for U.S. diplomats and embassy personnel. The department also touted the expected savings of $3.2 million by permanently closing the Vladivostok consulate.

Local proponents of keeping the consulates open contend closure in the face of the Russian government’s “visa impasse” would signal U.S. willingness to cave in to such Kremlin attempts to hamper the work of American diplomats in Russia rather than seek to resolve the standoffs.

“The closure of all U.S. consulates in Russia would appear a U.S. retreat and capitulation to the diplomatic visa pressures applied by elements of the Russian government,” Derek Norberg, president of the Seattle-based Council for U.S.-Russia Relations, warned in a separate letter to members of the Senate Committee on Foreign Relations. “Yielding to such pressure tactics would set a dangerous precedent whereby Russia or other nations might apply similar tactics against U.S. diplomatic missions, diplomats and citizens abroad.”

Others with career-long interests in Russia have called the planned closures short-sighted and counterproductive.

Retired Brig. Gen. Peter B. Zwack, who served as senior defense attache to Russia earlier this decade, noted in an opinion piece for The Hill last week that a U.S. presence in Vladivostok provides a window on the city home to Russia’s Pacific Fleet, the eastern terminus of the Trans-Siberian railway and growing maritime travel though the Bering Strait and the Northern Sea Route through the Arctic. Vladivostok neighbors the easternmost part of Russia’s 2,600-mile border with China and lies just 80 miles north of volatile North Korea.

“I cannot understand how this is anything but against the interests of the United States,” James Collins, one of six former U.S. ambassadors to Russia who signed the Seattle letter, told journalists when word of the Dec. 10 closure order emerged last month. Collins oversaw the opening of the Vladivostok consulate in 1992 during his tenure as Moscow envoy.

Among the Northwest projects that could be deprived of U.S. government assistance without a 5,600-mile journey to Moscow are a 10-year-old environmental education exchange involving University of Washington and Bellevue botanical gardens, a joint program to protect and enhance wild salmon, sister-city relationships and sporting and cultural activities like the sailing races between competitors from Bellingham and Nakhodka.

Carol J Williams
Carol J. Williams is a retired foreign correspondent with 30 years' reporting abroad for the Los Angeles Times and Associated Press. She has reported from more than 80 countries, with a focus on USSR/Russia and Eastern Europe.
Previous article
Second Take: Handicapping the Race for Seattle Mayor
Next article
AirBNB Down: NW Short Term Rental Market Stumbles