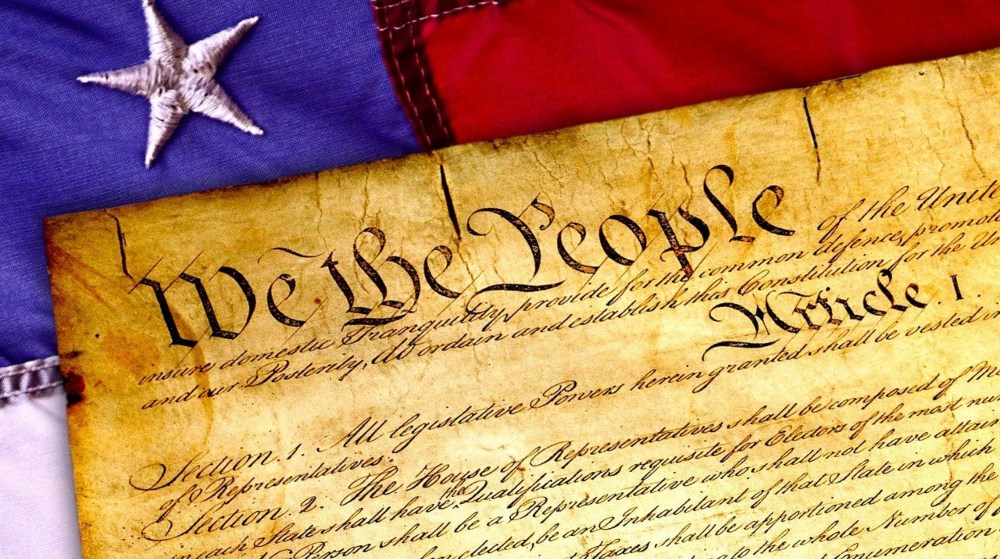 A Simpler Way to Ban Trump from Holding Office Again?

Since the primary goal of impeachment, for both parties, is to prevent Trump from running for President in 2024, there may be a more direct route to this goal than threading through all the McConnell quicksand of an impeachment. The current path involved the House voting to impeach, which happened Wednesday, then the Senate voting by two-thirds vote to convict (an opportunity for the Republicans to distract President Biden from a fast start). And then, if Trump is convicted, the Senate can vote, by simple majority, to ban Trump from any future political office. This way lie high drama, high polarization, high mischief, high martyrdom.

The more direct route (maybe) is spelled out in Article 3 of the famous 14th Amendment. It reads:

“No Person shall be a Senator or Representative in Congress, or elector of President and Vice-President, or hold any office, civil or military, under the United States, or under any State, who, having previously taken an oath, as a member of Congress, or as an officer of the United States, or as a member of any State legislature, or as an executive or judicial officer of any State, to support the Constitution of the United States, shall have engaged in insurrection or rebellion against the same, or given aid or comfort to the enemies thereof. But Congress may by a vote of two-thirds of each House, remove such disability.“

No provision for enforcement is spelled out, except this sentence in Article 5: “The Congress shall have power to enforce, by appropriate legislation, the provisions of this article.” Presumably Congress, now controlled by Democrats, could enact legislation that just a simple majority vote in each chamber.

The 14th Amendment was approved by Congress in 1866 and ratified by the states in 1868. It has, in the words of the distinguished historian Eric Foner, “long since faded into history.” Yet there it is, historical anachronism or not, still the law of the land. The only real changes were to eliminate the last sentence of Article 3, the disability clause, and a clarifying Act of 1898, officially described this way:

Act of June 6, 1898, ch. 389, 30 Stat. 432. Legislation by Congress providing for removal [of the disability clause] was necessary to give effect to the prohibition of § 3, and until removed in pursuance of such legislation persons in office before promulgation of the Fourteenth Amendment continued to exercise their functions lawfully. Griffin’s Case, 11 F. Cas. 7 (C.C.D.Va. 1869) (No. 5815). Nor were persons who had taken part in the Civil War and had been pardoned by the President before the adoption of this Amendment precluded by this section from again holding office under the United States. 18 Op. Att’y Gen. 149 (1885). On the construction of engaged in rebellion, see United States v. Powell, 27 F. Cas. 605 (No. 16079) (C.C.D.N.C. 1871).

As Foner explains in his definitive book, The Second Founding (2019), Article 3 was intended to ensure that the Southern states, now back in the Union, didn’t reinstall the rebel, pro-slavery regime that the war had meant to overthrow. It was a daring reach by the federal government into the states’ traditional privilege of deciding whom can be elected and how. Already, Southern states were proving unable to suppress anti-Black violence and enacting repressive Black Codes. So, rather than restricting who could vote, as the original draft of the article tried to do, or to punish treason, Congress decided to restrict who could exercise power in the South. (They didn’t really succeed.)

Article 2, which called for an automatic reduction of Congressional representation if states tried to disenfranchise male voters, including Black voters, was never implemented. And, as the South proceeded to undo the gains of the Radical Republicans, Article 3 also became a seemingly dead (or sleeping) letter.

It will be interesting, if Artlcles 3 and 5 come into play, how the literalist court and originalist Republicans will explain away the clear language. (I can imagine the Supreme Court citing the context, not the text, as pertaining to Civil War matters not Trumpian insurgency.) This article in the Washington Post argues that it would take years to sort out all the constitutional issues by using the 14th Amendment. It might be an effective fall-back position for the Democrats, hence a muddying matter now, in case the impeachment trial falters in the Senate.

Thaddeus Stevens and other long-dead Radical Republicans, who pushed for Amendments 13, 14, and 15, might smile down on the Capitol where they once held sway.

David Brewster
David Brewster, a founding member of Post Alley, has a long career in publishing, having founded Seattle Weekly, Sasquatch Books, and Crosscut.com. His civic ventures have been Town Hall Seattle and FolioSeattle.
Previous article
Guardrails Down, What to do With Trump’s Militia Legacies?
Next article
Vaccinatin’ Rhythm