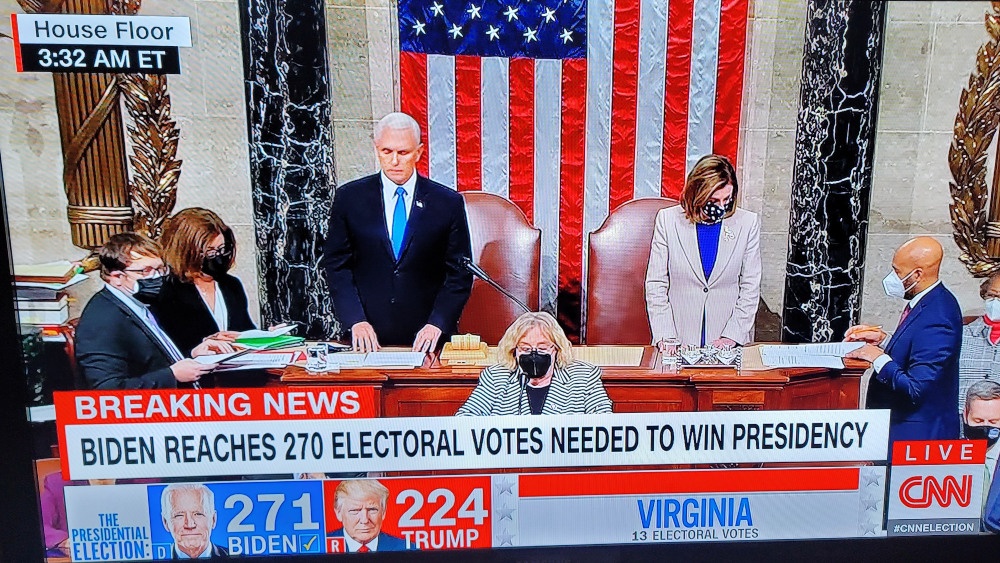 Time for Trump to Go

Invoking the 25th Amendment or Impeachment would be appropriate. Trump has ceased (for weeks) to perform the duties of his office. He’s incapable of doing so, fixated as he is on trying to destroy our democracy by overturning results of free election, convincing his followers (a cult oblivious even to findings of the US Supreme Court) that the election was stolen from him and now inciting a mob to take over the US Capitol.

He said nothing as they rampaged, reportedly ranting about how Mike Pence would not act to hand him the presidency. Pence would have to initiate the 25th process, but even though he now knows Trump would throw him under the bus despite his supine loyalty, he won’t do so.

The argument for removing Trump is that he will be in office and capable of literally anything before Jan. 20. So the House should begin the accelerated Impeachment process. The Senate would not convict—unless Trump threatens to perform some action so egregious that even Republicans could not accept it and would convict.