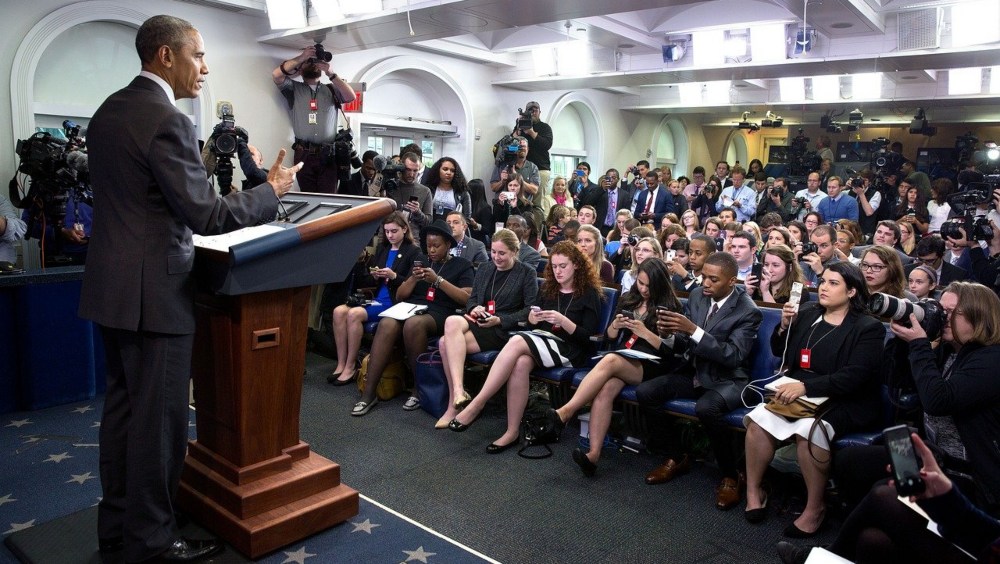 “Promised Land” is Arguably the Best Presidential Memoir Ever

What a difference four years can make! Barack Obama, depressed over losing a congressional race by 30 points, was talked into attending the 2000 Democratic Convention in Los Angeles. When he tried to rent a car, his credit card was rejected. Obama lacked floor credentials and wasn’t welcome at a post-convention party. After sleeping on a friend’s couch, he returned to Chicago, 40 years old, broke, and his marriage strained.

Four years later, John Kerry picked Obama, not yet elected to the Senate, to deliver the 2004 keynote speech in Boston. Obama had been allotted eight minutes, but bargained for 17. He wrote his speech long hand on yellow legal pads using a phrase he’d heard during a sermon delivered by his pastor, Rev. Jeremiah Wright: “The Audacity of Hope.”  Minutes before he spoke Michelle, backstage, said, “Just don’t screw it up, buddy.”

His speech worked wonders. Obama writes, “There’s a physical feeling that passes between you and the crowd, as if your lives were suddenly spliced together. You’ve tapped into some collective spirit, a thing we all know and wish for — a sense of connection.” Obama won a standing, cheering ovation. Afterwards, he never again entered a room where he wasn’t recognized. That’s what four years can do, when the stars are aligned.

Obama’s newly published 768-page memoir, “A Promised Land,” traces his life from his student days through community organizing and Harvard Law, through meeting and marrying Michelle. He takes readers on travels from his Illinois Senate years and his 2008 presidential campaigns, all the way through his first term in office. It’s a journey he relates with clear, honest, elegant prose and humanity. It’s as if he were talking to the reader one-on-one.

In a way, the book is a latter-day Odyssey. Obama is captaining a sea voyage, one with obstacles, pitfalls, and would-be monsters. His focus is mainly political, but he does detour into family life, confessing his sins as a messy housekeeper and recounting disagreements with Michelle over his decisions to run for office. He describes the joys of fatherhood and his deep sorrow over the loss of his mother and grandmother.

These and other stories, many previously untold, are the book’s most memorable passages. A vivid example is the day during the 2008 presidential campaign when Obama met at the White House with rival candidate John McCain, President George Bush, and congressional leaders. They gathered to discuss the collapsing economy and possible passage of TARP (Troubled Asset Relief Program) designed to stave off Armageddon. Although it was a White House proposal, McCain and Republicans leaders were dismissive, saying TARP wouldn’t work. To pass, it would require Democratic votes.

Afterwards, the shell-shocked Democrats were huddling in an adjacent room when Secretary of the Treasury Hank Paulson entered. The six-foot-five secretary turned to House Speaker Nancy Pelosi and, in desperation, sunk to one knee and said, “Please Nancy. I’m begging you, don’t blow this up.” Speaker Pelosi, whom Obama rates “the most skilled legislative strategist ever,” responded to Paulson, saying, “You may not have noticed, Hank, but we’re not the ones trying to blow things up.”

Later that evening, campaign manager David Plouffe called to ask how things had gone. Obama reported, “It went fine for us. But based on what I just saw we better win this thing or the country is screwed.”

Obama shares credit for his presidential win with his associates. He uses affectionate detail to describe key players like Plouffe, David (“Axe”) Axelrod, “closest advisor” Denis McDonough, press secretary Robert Gibbs, speechwriters Jon Favreau and Ben Rhodes, as well as body man Reggie Love with whom Obama played basketball whenever there was an off hour.

With the exception of his close ties to Michelle and Chicago advisor Valerie Jarrett, Obama shares his voyage with a mainly male crew, steersmen like chief of staff Rahm Emanuel. At times the book reads like a bromance. No surprise then when, late in his first presidential year, Jarrett pulls Obama aside to tell him of the deepening dissatisfaction among senior women in the White House.

Obama responded by inviting a dozen women staffers to join him over dinner. For two hours the women aired stories of male staffers constantly interrupting them in mid-sentence, sometimes to make a point a woman had made earlier. The women told of being diminished, ignored, and increasingly reluctant to speak. Obama admits he couldn’t resolve all their concerns, but rationalized that “it’s hard to unravel patriarchy in a single dinner.” He kept a promise of further check-ins.

The former president devotes one section of the book to the birther conspiracy, crazy claims that Obama had been born in Kenya and was “more African than American.” First concocted when Obama ran for Senate, it was revived during Obama’s first term, something the president saw as “a visceral reaction to my presidency.” Donald Trump continually fastened on birtherism, hinting he might run for president in 2008. At first Obama paid no attention, knowing his birth certificate was on file in Hawaii and seeing Trump as “only an attention-seeking real estate developer.”

After Fox and other media picked up the conspiracy theory, Obama obtained his long-form certificate, proving his birth in Hawaii. But he opted not to release it and further fuel the controversy. Thinking to put the matter to rest, Obama gave a speech and later used the White House correspondents’ Gridiron Dinner to rib Trump. The audience howled. But Obama came to realize the same reporters who laughed at his jokes would continue to give Trump airtime and news space.

“A Promised Land” is the first of a two-volume memoir, a dense read, crammed with detail and introspection. One reason for its weightiness is that the former president wrote every word himself after extracting the publisher’s guarantee that it would not be subject to the cutting that slimmed down his other books.

The title alone deserves contemplation. Obama explained in a 60 Minutes interview that the title reflects his hope for America: “We may not get there in our lifetimes, but even if we experience hardships and disappointments along the way, I still have faith we can create a more perfect union. Not a perfect union but a more perfect union.”

It’s a good book to read in the waning days of the pandemic, arguably the best presidential memoir ever. It’s no overnight read; some portions dictate a break for reflection, others an out-loud reading. The book is a journey, an odyssey that will stay with you well into the new year and beyond.

Jean Godden
Jean Godden wrote columns first for the Seattle Post-Intelligencer and late for the Seattle Times. In 2002, she quit to run for City Council where she served for 12 years. Since then she published a book of city stories titled “Citizen Jean.” She is now co-host of The Bridge aired on community station KMGP at 101.1 FM. You can email tips and comments to Jean at jgodden@blarg.net.
Previous article
Yes, A Doctor in the (White) House
Next article
The Whitman Tragedy: Into the Land of the Cayuse, Masters of the Columbia Plateau