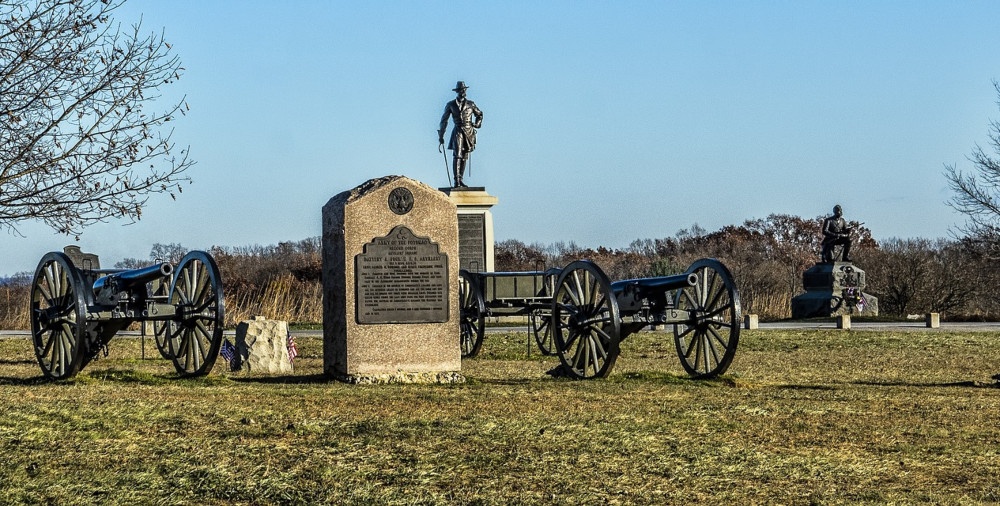 President Donald J. Trump announced that the Army of Northern Virginia, commanded by General Robert E. Lee, won the battle of Gettysburg in 1863. “Lee was way ahead on day one and won the battle on day two,” Trump tweeted yesterday. “Then the fake news lamestream media conjured up a hoax about a Union victory on the third day, after the battle was over. DISGRACEFUL!!”

Attorney General William Barr announced that the justice department, and Republican governors of the states of Alabama, Arkansas, Florida, Georgia, South Carolina, Tennessee, and Texas, had launched a legal blitz of 34 separate lawsuits to reverse this “historical fraud.”

The governors are calling for state legislation that would require all history books used in public schools to affirm the Confederate victory at Gettysburg.  In addition, South Carolina Gov. Henry McMaster demanded that the of study of Northern satanic cannibalistic pedophiles being the sole cause of the Civil War become a required two-term course for a high school diploma.

Trump plans to issue an executive order denying federal education funds to states that teach that the Union won the battle of Gettysburg. “This is fake history, written by communist professors from Harvard and Columbia. MUST STOP!!,” he tweeted. At a “Negate the Battle” rally in Dothan, Alabama yesterday, Trump announced “the overwhelming majority of distinguished historians, including the entire History Department of Trump University, agree that the South won the battle of Gettysburg.

Reluctant to contradict the president, Republican leaders were cautiously supportive. “I am not a historian,” Senate majority leader Mitch McConnell said. “We should not jump to conclusions. The courts should hear all the evidence and render a considered decision. This is the American way.”

Off the record, Trump aides concede they expect to lose in the lower courts. “The plan is to get this to the Supreme Court, frame it as an issue of religious freedom, and get the messhuggah Catholics to rule in our favor.”

Polls show that 70% of Republicans now believe a Union victory at Gettysburg is “fake history.” Since the election they have donated $227 million to Trump’s Negate the Battle PAC.