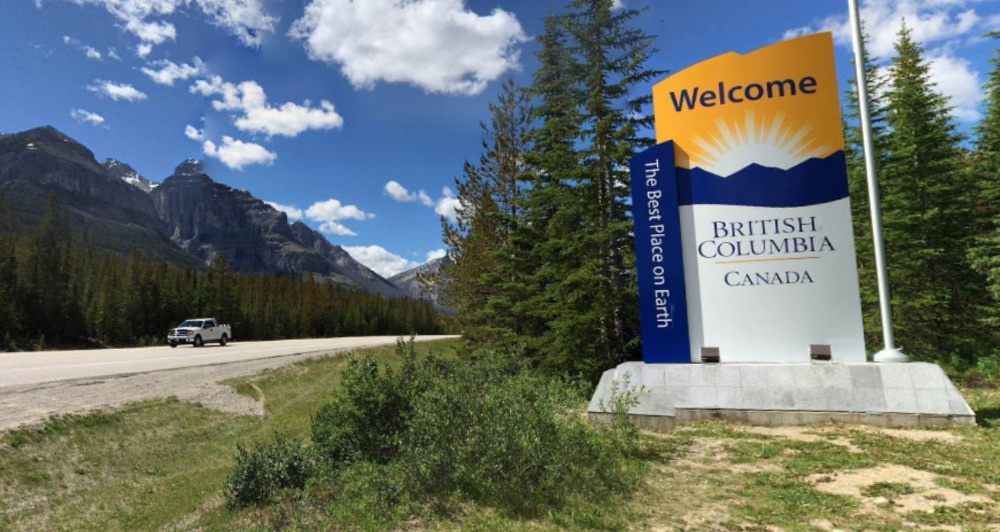 British Columbia has, until recently, basked in praise for its COVID-19 response. B.C. health officer Bonnie Henry was profiled in The New York Times, and the left-leaning New Democratic Party of B.C. Premier John Horgan won a decisive victory in the Oct. 24 provincial election. Since Canada’s Thanksgiving in mid-October, however, all of Canada has been hit hard by the pandemic — even the West Coast province that has long viewed itself as a privileged place surrounded by envy.

British Columbia had just four new cases of the virus on June 1, up to 10 new cases on July 1, increasing to 29 cases on August 1, with 96 cases reported on September 1. On this past Monday, however, Dr. Henry reported 1,933 cases over a three-day period with 17 new COVID-19 related deaths. The province set a COVID-19 record on Tuesday with 941 new cases reported in the last 24 hours. The province reported 10 new deaths.  B.C. now has 7,732 active COVID cases with 284 people hospitalized with the coronavirus and 61 people in ICU.

“We need to slow the spread of COVID-19 in our province and that needs to happen now. That is why we have paused all gatherings, events and indoor group fitness activities,” Dr. Henry and B.C. Health Minister Adrian Dix said in a joint statement.

The totals for British Columbia remain far lower than B.C.’s neighbors, Washington and Alberta.  The province has recorded a total of 28,348 cases with 358 deaths.  By comparison, the total for King County is 40,755 cases with 853 deaths, and for Washington the totals to date are 158,234 confirmed cases and 2,807 deaths.

Still, the numbers are going up and gathering places are shutting down. The province on Tuesday ordered closure of all fitness centers, gymnasiums, dance studios, and yoga classes.  Horgan has asked B.C. residents to avoid non-essential travel, saying: “If you are not required to travel, you should not travel.”  Canada’s Prime Minister Justin Trudeau has called for the same policy nationwide.

Dr. Henry has long resisted a mask requirement.  No more.  Under new mandatory mask rules, it is a $230 (Canadian) fine for not wearing a mask in an indoor space or for not departing a public space after being asked to for refusing to swear a mask. Indoor restaurant dining is not verboten – yet – but Dr. Henry has advised eating out only with your household or your “pandemic bubble.” In words of Dix, as one of his daily briefings with Henry, “These are not punishments, these are tools.”

Students in British Columbia went back to school this fall. But health offices and the education ministry are considering an option of starting the winter school break early in an effort to reduce the spread of COVID-19.  Schools are “incredibly important for families and for children to have in-person, in-class schools,” in Dr. Henry’s words, but an early start to vacation is on the table.

What happened?  The best explanation comes from The Tyee, a reliable B.C. news website, which noted “far higher numbers” for B.C.’s neighbors, adding: “But something went wrong this summer.  We loosened up, got bored, and got entirely too close to one another.” Thanksgiving in Canada didn’t help — and offers a red flag warning to “the States.”  Canada’s caseload has doubled since mid-October. The Great White North has now recorded 338,688 cases and 11,580 deaths, the majority in Ontario and Quebec.

British Columbia has responded to the pandemic with its own self-isolation strategy.  Its central theme has been to shut off the province.  B.C. pressed Trudeau to close the U.S.-Canada border to all but essential travel, and that border has remained closed for months. B.C. is serious about this, its shutdowns ranging from the cruise ship industry to wine tourism in the Okanagan. I recently sent Dix, a longtime acquaintance, a message on Facebook asking when I could get over to Victoria for a Royal B.C. Museum exhibit on renowned Canadian artist Emily Carr.  The health minister responded by offering to send down a booklet.

The walling-off policy came with advice to British Columbians: Don’t leave.  See your own province this summer and fall.   Only B.C. residents were permitted to camp in provincial parks.  The advice was taken, so much so that limits had to be put on popular trails, even Berg Lake-Mt. Robson far off in the Canadian Rockies. Festivals and other large gatherings were banned, but that didn’t stop young British Columbians from recreating with each other. With the outbreak centered on B.C.’s lower mainland, the premier has hinted at closing travel to Vancouver Island.

“While politicians sometimes muscled their chief medical officers away from the podium, or ignored them completely like Donald Trump, Bonnie Henry kept us kind, calm and safe,” The Tyee said in its assessment.

While Washington Gov. Jay Inslee shows up on TVW almost daily, Premier Horgan has kept a low profile as is generally recommended for politicians (who lack the credibility of health professionals).  In daily briefings, however, Dix has been content to play second banana to the reassuring Dr. Henry.

British Columbia has been proud of its response. Copying a practice begun in Spain, residents near St. Paul’s Hospital in Vancouver’s densely populated West End came out on balconies at shift change times last spring, banging pots and pans in appreciation. Cold, dark days of late fall and winter are a grimmer time.  “In the coming weeks, we need to flatten this curve,” Prime Minister Trudeau said Monday. “We all want to try and have as normal a Christmas as possible, even though a normal Christmas is, quite frankly, out of the question.”

There are no Canucks games, no Canucks playoff riots in Vancouver.  Speaking virtually to legislators on Tuesday, Horgan joked that with all the plexiglass installed in the legislative chamber, he would like to flood it and make a hockey rink. Live concerts are off. Interprovincial travel is discouraged.  Canada’s “snowbirds” can’t drive down to Florida or head for a Canuck-dominated trailer park near Loreto in Baja California.

“Peace, order and good government” is an informal motto for Canada.  Canadians responded accordingly during the initial COVID-19 spike last spring, heeding instructions rather than requirements.  Unlike Trump, Trudeau was able to work with a political adversary, Ontario Premier Doug Ford.

A sense of equality is rooted in Canadian life.  Haircuts were banned during the pandemic spring.  TV viewers watched day after day, and week after week, as an ever-hairier Trudeau emerged from (22-room) Rideau Cottage in Ottawa for his press briefings.  He did not pull rank.

But there are signs of tensions as the pandemic intensifies. For the first time in its 45 years, the Kootenay Co-Op in Nelson, B.C., has hired a security guard.  The job is to head off “a growing increase in aggressive behavior,” as the CBC puts it, by customers who refuse to obey the new mask-wearing mandate.

“They speak in really demeaning, negative, critical ways to some of our staff and cashiers,” in the words of store manager Ari Derfel. Very un-Canadian behavior, and in the bucolic town where the Steve Martin-Daryl Hannah comedy “Roxanne” was filmed.

Joel Connelly
I worked for Seattle Post-Intelligencer from 1973 until it ceased print publication in 2009, and SeattlePI.com from 2009 to 6/30/2020. During that time, I wrote about 9 presidential races, 11 Canadian and British Columbia elections‎, four doomed WPPSS nuclear plants, six Washington wilderness battles, creation of two national Monuments (Hanford Reach and San Juan Islands), a 104 million acre Alaska Lands Act, plus the Columbia Gorge National Scenic Area.
Previous article
Attention OED: Time to Juvenate Many Funct and Tinct Words
Next article
It Takes Self-Confidence to be a Moderate