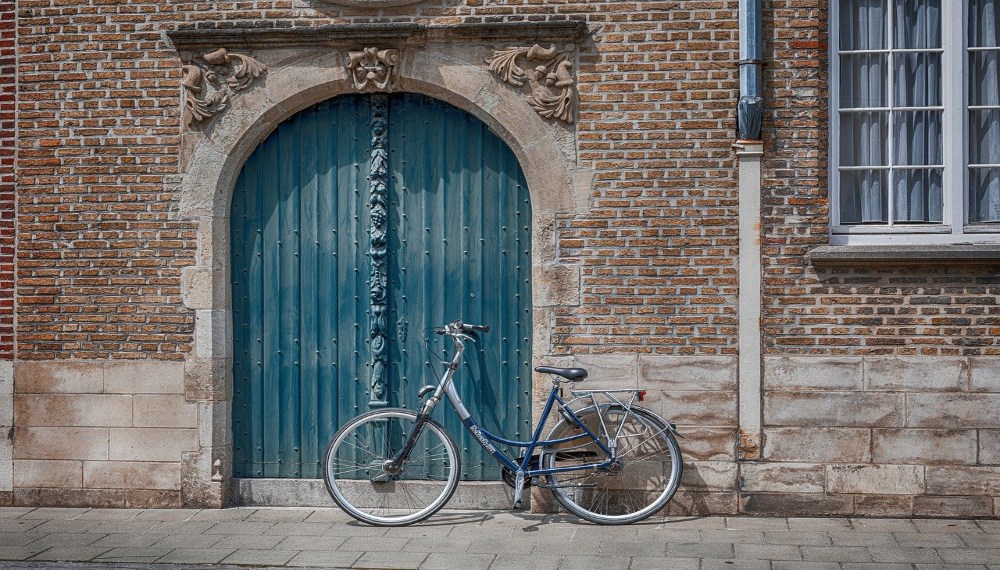 Donald Trump, as expected, has refused to accept the results of the presidential election. In the weeks after the election was called for Biden, most Republicans either supported his claims or remained quiet. The question was why: did they expect to overturn the election results? Did they think casting doubt on the outcome would delegitimize Biden’s presidency? Or was this simply a way to placate Trump and his supporters?

Answering these questions requires some understanding of Trump’s core constituency: white evangelical Christians. White evangelicals, a group I have studied professionally for years, see themselves as the base of the Republican Party and—according to these fascinating charts produced by political scientist Ryan Burge—perceive no difference between themselves and the GOP. White evangelicals should be understood, as Burge puts it in a recent essay, as “Republicans first, white people second, and evangelicals third.” Trump would have little standing among other Republican politicians to challenge the election without the support of white evangelicals. Most of these believe his claims of voter fraud and prayed for God to intervene and ensure Trump’s re-election.

None of this has surprised political observers long accustomed to viewing white evangelicals as diehard Republicans. But the frame through which we view evangelical Republicanism is still a bit blurry. Diagnoses of evangelical voters have frequently cited the priority of abortion to explain their steadfast Republicanism. But that explanation has begun to break down. Abortion did not even crack the top five most important issues for Trump supporters in an August poll.

There’s also the matter of evangelicals “holding their noses” to vote for the lesser of two evils. In this reading, evangelicals cast reluctant votes for Trump because he defended religious liberty and appointed conservative judges. Theologian Stewart Clem rightly exposed the ways this argument failed to diagnose the intensification of evangelical support for Trump from 2016 to 2020. Although a fraction of white evangelicals who voted for Trump in 2016 switched to supporting Biden this year (a fraction that perhaps helped in turning Georgia blue), the vast majority not only stayed aboard the Trump train; they became more vocal in their support.

Evangelicals celebrate Trump as the anointed leader of a Christian nation, the savior who will keep the country from falling into the abyss. Sometimes they depict this religious vision quite literally: Utah artist Jon McNaughton has churned out dozens of paintings showing the president as a prayerful defender of Christian America, while a billboard outside St. Louis suggested Trump was “the word became flesh” (an interpretation of John 1:14 that other Christians found blasphemous).

These imaginative characterizations of Trump as a spiritual leader underline the intensity of his evangelical support. Americans who identify as evangelicals in 2020—a shrinking slice of the population—are not primarily defined by their opposition to abortion or their commitment to religious liberty. Rather, they share a commitment to militant defense of a white, Christian America that seems in danger of collapse. Trump promised to restore that, to make America great again. It was catnip for evangelicals.

Kristin Kobes du Mez’s excellent new book, Jesus and John Wayne: How White Evangelicals Corrupted a Faith and Fractured a Nation, offers a great primer on why Trump’s nostalgic invocation of a once-great America appealed to evangelicals. Kobes du Mez argues that evangelicals are defined as much by the culture they consume as by their theology. Her reading of the movement stresses the populist appeal of “cowboy conservatism” symbolized by Ronald Reagan, George W. Bush, and yes, John Wayne. Baptist scholar Alan Bean memorably characterized postwar evangelicals’ central belief: “Jesus can save your soul, but John Wayne will save your ass.”

Donald Trump is hardly a strong silent cowboy. But like Hollywood cowboys Reagan and Wayne, Trump repeatedly emphasizes his willingness to play rough and disregard norms that got in the way of owning the libs. Evangelicals had come to appreciate such rhetoric after decades of imbibing a theology of militant masculinity.

Seattle was home to one of the most notable characters in Kobes du Mez’s book, megachurch pastor Mark Driscoll. Before his ouster in 2014, Driscoll’s Mars Hill church encompassed 15 branch locations across 4 states, and averaged over 10,000 attendees every Sunday. More than 200,000 weekly listeners downloaded his sermons on podcasts and via Youtube. He preached a gospel steeped in the Calvinist tradition, which holds that God is sovereign over the universe; Calvinists believe nothing can happen absent God willing it to happen.

Humans were to reflect this hierarchical structure in the family and the church. At home, the husband was the unquestioned leader of his wife, just as the pastor’s authority in church was not to be doubted. Driscoll doled out this theology in hundreds of inflammatory sermons and several controversial books. He compared nagging wives to water torture and implored them to honor God by giving oral sex to their husbands. He boasted about firing church elders that questioned his authority, hyping a “pile of dead bodies behind the Mars Hill bus.”

Driscoll’s defiant antics eventually cost him his spot atop the Mars Hill empire, just as Trump’s corrupt behavior played a role in his failed bid for re-election. But their core personae, which center on a crass masculinity that brooks no compromises, have enormous resonance among evangelicals.

This version of evangelicalism—a movement more concerned with masculinity than moralism—helps explain the appeal of Trump, as well as the widespread refusal by white evangelicals to accept the results of the election. In a culture war that demands unflinching commitment, democratic norms are fungible, and authoritarianism is increasingly in vogue among white evangelicals.

Like all characterizations of evangelicals, Kobes du Mez’s leaves out some developments; for instance, there are plenty of moderate evangelicals who grew disgusted with Trump. But a good number of those simply stopped calling themselves evangelical. They intuited what the word had come to mean in contemporary America, how it signaled an unflinching commitment to Trumpism.

The collapsing of the distance between evangelicals and Trumpists does not mean the end of the prophetic Christian tradition that has always called the nation toward its better angels. But it does require us to look at evangelicalism with clear eyes—and to shift our attention to other religious constituencies. Joe Biden’s Catholicism, for instance, was evident in his victory speech, not only in his invocation of Ecclesiastes and the hymn “On Eagle’s Wings,” but also in his nod to the black community, which boasts both the highest religiosity of any major racial or ethnic group in the country and the highest rate of Democratic Party identification.

Over the next four years, I hope the media will focus more on the beliefs of black Christians, who have endured centuries of persecution from their white co-religionists and yet still sustain the Bible’s commands to pursue justice and mercy.

Seth Dowland
Seth Dowland is Associate Professor of Religion at Pacific Lutheran University and author of Family Values and the Rise of the Christian Right.
Previous article
Time Trap: Why Shifting to Year-round Daylight Saving Time is Misguided
Next article
Our Bromance with Bernie