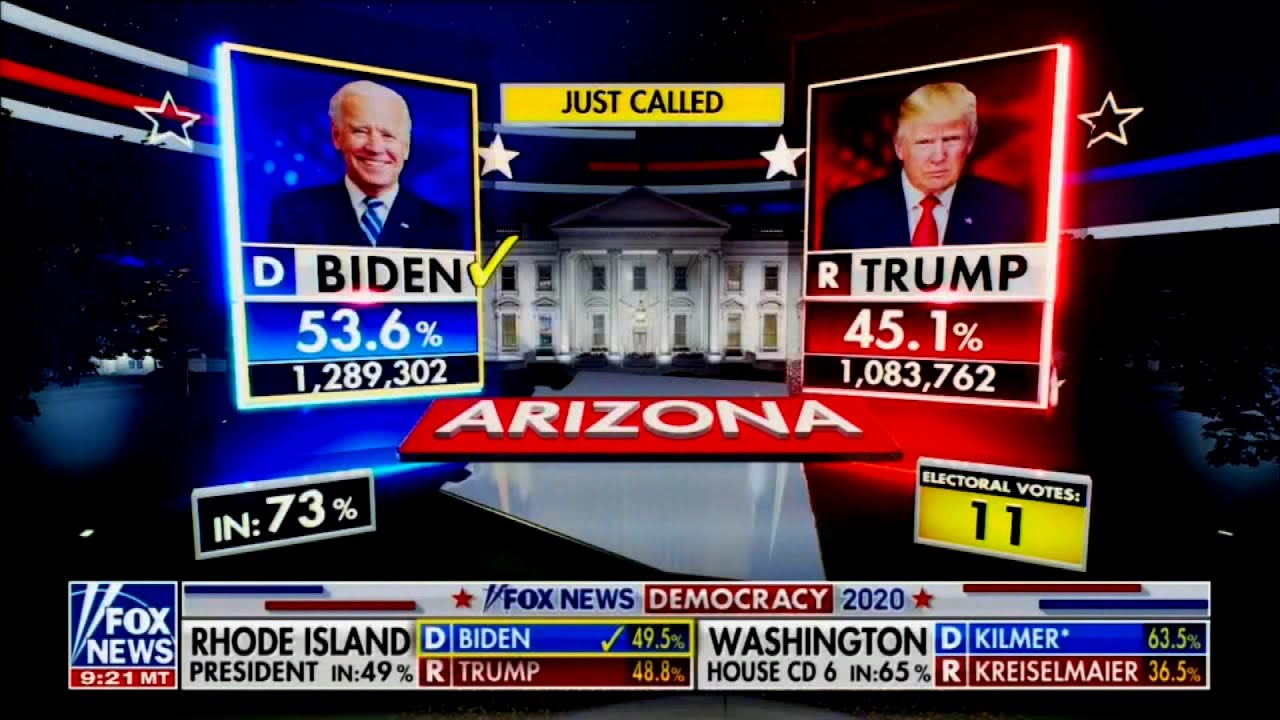 Trump Vs. @FoxNews: Never Mis-underestimate the Ratings for Grievance

The Saturday afternoon crowds of Trump supporters marching through Washington, D.C., took up an unexpected chant: “Fox News Sucks!” Given their perspective, it depends on what time of day you are watching.

The news component of Fox News generated fury at the White House with its early (and accurate) prediction that Joe Biden would carry Arizona, prompting first son-in-law Jared Kushner to put in a furious phone call to Rupert Murdoch. Then the Murdoch-owned New York Post splashed the headline: “It’s JOE Time!” after networks called the election for Biden.

The accurate reporting has set off the 45th President. “@FoxNews daytime ratings have completely collapsed. Weekend daytime even worse,” Trump tweeted last Thursday.  Quickly to follow up: “Very sad to watch this happen, but they forgot what made them successful, what got them there.  They forgot the Golden Goose.  The biggest difference between the 2016 Election and 2020, was @FoxNews.”

Meantime, Fox prime-time pundits and Fox Business folk continue to spread baseless accusations and conspiracy theories.  As Chris Wallace explained to viewers how Biden had won, a fanatical Lou Dobbs (once an honest KING-TV newsman) told his audience: “Why not just say, we’re not going to accept the results of this election. It’s outrageous.” If you missed the movie “Twister,” Fox’s post-election coverage provides a more-than-adequate substitute.

But the Fox two-step (reporting the news but then questioning its validity), suggests several questions. What is the future of right-wing media once Trump leaves the White House?  Is Trump essential to its continued prosperity? What might Trump’s future be in airwaves and digital media of the right?

A ready answer to question one: The essentials that have fueled conservative media for 90 years – wealthy patrons, skilled demagogues, and manufactured fear — will remain with us.  Fox News rose and prospered with the Clinton and Obama administrations to pick on.  As sugar daddies, Texas oilmen Clint Murchison and H.L. Hunt preceded the Murdochs and Koch brothers. Grievance is always there to be exploited. Fears can forever be fanned.

The Rev. Franklin Graham, Trump’s evangelical champion, tweeted over the weekend: “Religious liberty in America is under attack.  If we’re not careful, we could lose the most precious freedom we have -– religious freedom.” (He’s on TV inviting Seattle to discover the Lord.) A pair of Northwest cities, Seattle and Portland, have emerged as demons of the media right. Those flames are fanned by Tucker Carlson, the great (very) white shark of Fox News, with the aid of a local pilot fish, Jason Rantz.  The Capitol Hill occupation zone was “like North Korea on Puget Sound” and populated by anarchists and the ANTIFA — analysis from the same man who said immigrant make America “poorer and dirtier.”

In 2015, a grumpy Rupert Murdoch tweeted: “When is Donald Trump going to stop embarrassing his friends , let alone the whole country?” Fox News and Trump did not immediately fall in love.  It was, however, a match made of mutual convenience.  In 2016, the shelf life of Sean Hannity appeared limited -– Republican talking points can carry you only so far -– until “the Donald” became his cause and favorite softball interview subject.  “Fox & Friends” became Trump’s favorite early morning TV watching and venue for letting off steam.

Trump fed Fox, but Fox has nourished Trump, who tapped on-air Fox personalities, such as John Bolton and Larry Kudlow, for top administration posts.  Donald Trump, Jr., found a girlfriend in a former Fox News personality. Trump, Sr., has often retweeted as fact hair-brained things he heard on Fox News. The 45th President, in turn, was good for ratings.  About 1.5 million people watch Neil Cavuto’s professional news broadcast in the afternoon, noted Brian Stelter, author of Hoax: Donald Trump, Fox News and the Dangerous Distortion of Truth.  The audience doubles for “The Five,” Trump-leaning group talk with sarcastic presidential defenders.  The audience has climbed as high as 5 million at times for Carlson and Hannity.

“I think of Fox as many things in one,” Stelter recently wrote.  “It is a news operation. It is a propaganda operation. It is a virtual community. It is all these things at the same time.” So rabid is the audience, Stelter has speculated, that Fox is afraid of it.  Witness the furious reaction to the Arizona election call, and Fox making the call that Biden had carried Pennsylvania and gone over the top.  The network’s marquee pundits continue to walk  a narrow ridge, not embracing Trump’s off-the-wall vote-rigging claims, but suggesting “irregularities” and arguing that the 45th President is a victim of vicious attacks.

The Murdochs are mercenaries.  Fox News has made billions.  Its pundits live in sprawling Long Island mansions and fly private jets to their winter places in Florida.  Even the network’s sexual harassment settlements are outsized, $23 million to victims of Bill O’Reilly, $20 million to daytime host Gretchen Carlson in her suit against FNC founder Roger Ailes.  Ailes was sent packing with a $40 million settlement. Rupert Murdoch has jettisoned three wives in his time, and the relationship with Trump is very much a marriage of convenience.

Fox is in far better shape than Trump, who has at least $400 million in debts coming due.  Unlike Trump, it has a lasting and successful business model.  An incoming Democratic administration offers a target-rich environment, especially with a noisy Democratic left.  (When will they start demonizing our Pramila Jayapal?)

As for Trump? He could launch a digital or media operation to compete with Fox.  He could move further out on the far right:  Newsmax has seen its ratings soar by embracing Trump conspiracy theories.  There is also one America News.  In each case, however, Trump would not just walk in. The “Golden Goose” would have to earn his gold. Could Trump recruit Sean Hannity, or bring Bill O back on the air?. The marriage of convenience could, of course, survive a trial separation, with Trump holding forth again on Fox News.

Joel Connelly
I worked for Seattle Post-Intelligencer from 1973 until it ceased print publication in 2009, and SeattlePI.com from 2009 to 6/30/2020. During that time, I wrote about 9 presidential races, 11 Canadian and British Columbia elections‎, four doomed WPPSS nuclear plants, six Washington wilderness battles, creation of two national Monuments (Hanford Reach and San Juan Islands), a 104 million acre Alaska Lands Act, plus the Columbia Gorge National Scenic Area.
Previous article
‘The 15-Minute City’: Desirable, But Not So Easy To Pull Off
Next article
Dynamo Tries to Shake Up the Seattle School Board